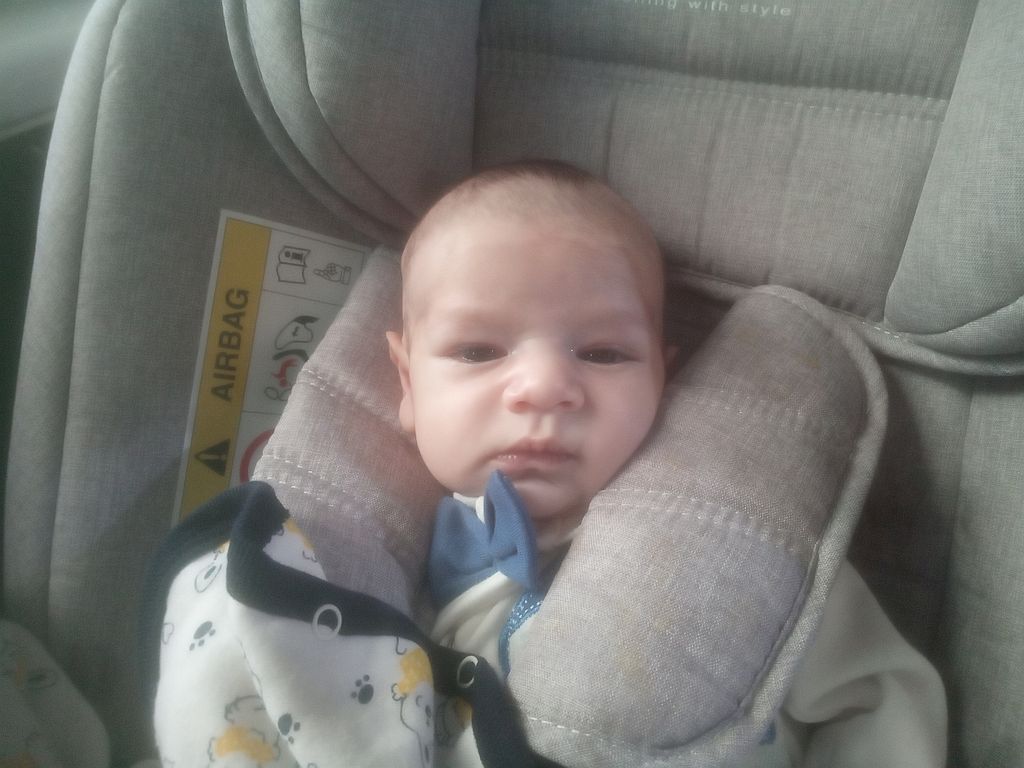 Fayez was discharged from Sheba Medical Center today!
His brain MRI came back indicating nothing of major concern. His ability to drink has improved. Both milestones.
So at three o’clock, co-worker Moshe and I went to Sheba to collect him and his mom. The hours that followed weren’t so straightforward. We had to get a milk supplement that was prescribed by the doctor, but none of the chain pharmacies carried it. So we had to get another prescription from the doctor, which was just an easily accessible supplement called grape sugar, which will, in effect, help Fayez’s weight gain.
We proceeded to Erez Border Crossing where we waited for two hours while problems for permission to enter presented themselves again. Fayez’s mom was a trooper through all of it, though by the end she was exhausted. There was a Palestinian ambulance at the border for the majority of our wait. The EMTs with the ambulance were extremely kind, even checking Fayez’s oxygen at one point. Moshe conversed with them easily about the topic of nursing and medicine. Finally at eight o’clock, they allowed Fayez and his mom to enter Erez.
Please continue to pray for Fayez and his mom as they go into quarantine for three weeks. She really wants to see her two older boys who have been waiting for their mom and little brother.
May God watch over Fayez until his one month check-up. Although days like this are long, we can, at the end, thank God for every breath he has given us to live and love in whatever circumstances we find ourselves in.