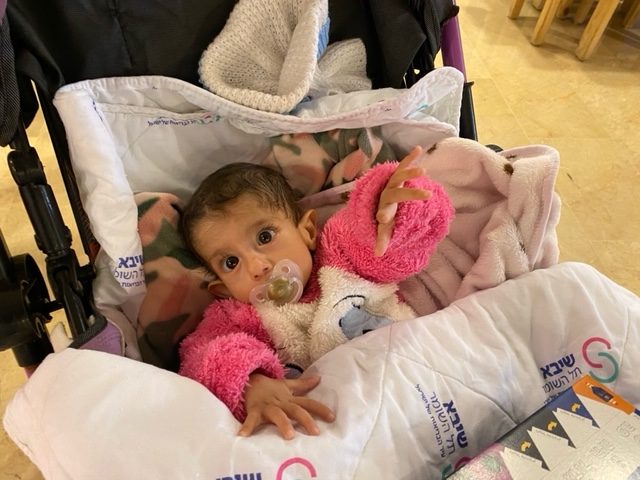 After Maryam had been admitted yesterday, the doctors were able to get a clear picture of the situation today. Yesterday they found out that Maryam is still severely underweight. Although she is already a year old, she is not much heavier than when she was born. One of the reasons for this is that Maryam’s feeding tube kept slipping. The doctors have now fixed that. They also discuss how to deal with Maryam’s deafness. She might get a hearing aid for that. Only then will she be able to speak. When I got to Maryam’s room, a genetics doctor was there, also running some tests on Maryam. 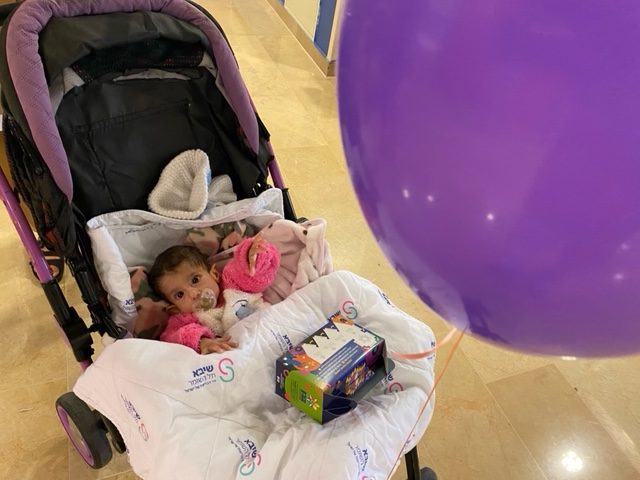 All of these investigations do not allow an early discharge. Maryam will have to stay at Sheba Medical Center for at least seven days. Then the doctors will decide on the next steps. We pray for Maryam and her grandmother who stands so faithfully by her side. May God bless them and show them His goodness.