Four-year-old Hassan has been discharged to our community home in Ashdod after a one-month stay in Sheba Hospital.
While Hassan and his mother were waiting in the lobby to leave the hospital, several of the other mothers came down to see them off. It was wonderful to see how they support each other in a situation where some would be tempted to be jealous that they are not also being discharged. 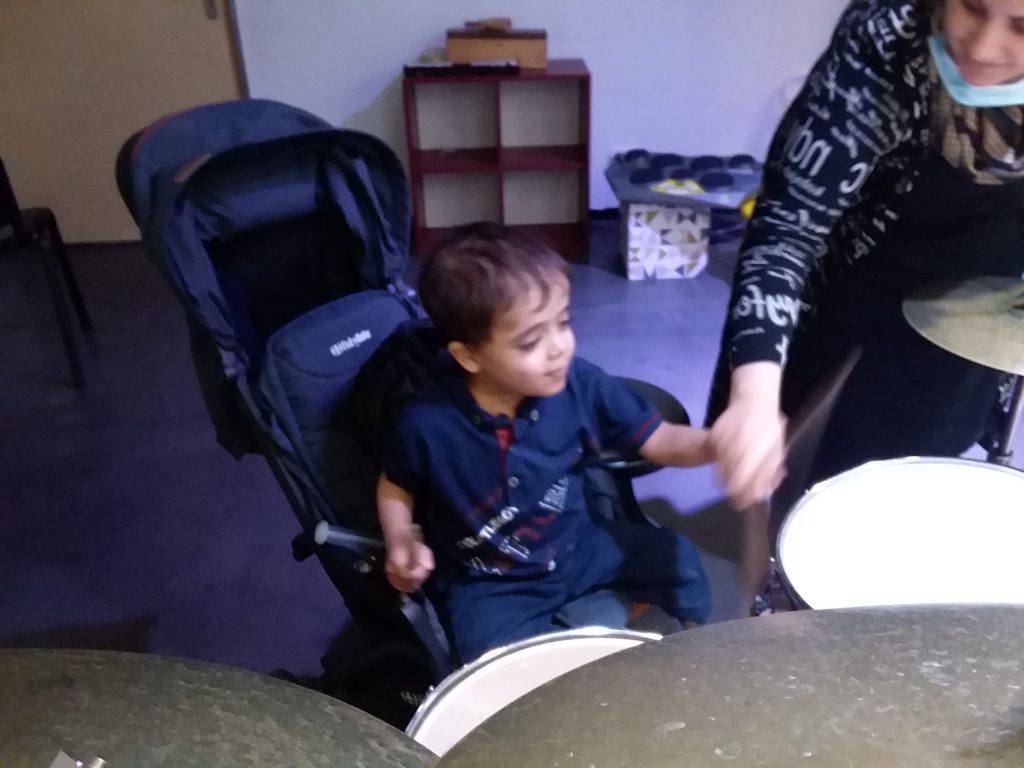 Somaia’s mother took Hassan to the music room downstairs and played the drums with him.

Both Hassan and his mother arrived safely in Ashdod last night, and are on their way to Jerusalem for a little touring tomorrow. What a blessing that this little boy is healthy enough to go on this adventure!