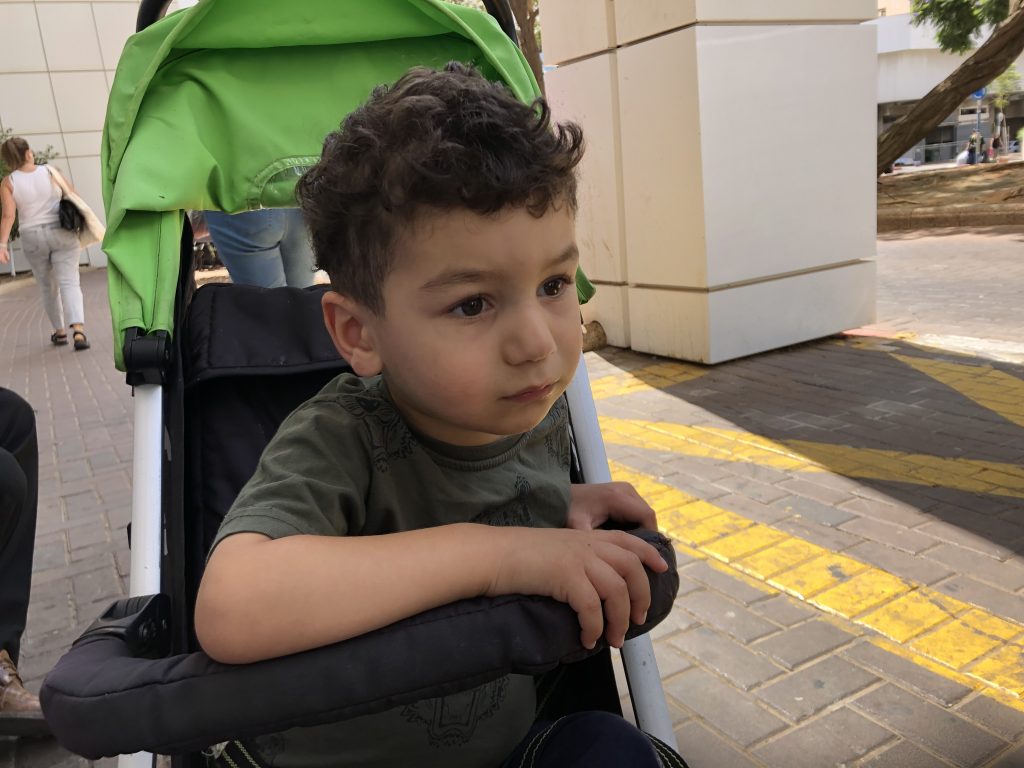 As coworker Tineke and I entered the Pediatric ICU of Sheba Hospital where Lalo was staying, we recognised that his father was already beginning to pack their things. We were really happy after we heard from the doctor that Lalo will be discharged today and that he is doing well after his cath yesterday.

Because Lalo doesn’t like hospitals that much, he was restless in his room since yesterday. His father told me that he and Lalo were eagerly waiting to go back with us to our community home in Ashdod.  By noontime, they were finally able to leave the hospital.

Because some other kurdish families who came together with Lalo and his father to Israel were flying today for Kurdistan, Lalo’s dad really wanted to see them before they left to the airport. Thankfully that worked out for them. These families have been staying together for quite some time now and it is really hard for Lalo’s father to see them go and not be able to join them.

After his next appointment in one and a half weeks, the doctors will see what still needs to be done in Lalo’s treatment before he can also return to Kurdistan.

Please pray for strength for Lalo and his dad for the next weeks and for patience as they walk through everything that is still ahead of them. Especially Lalo’s Dad hopes that they can go home soon to see their family again.