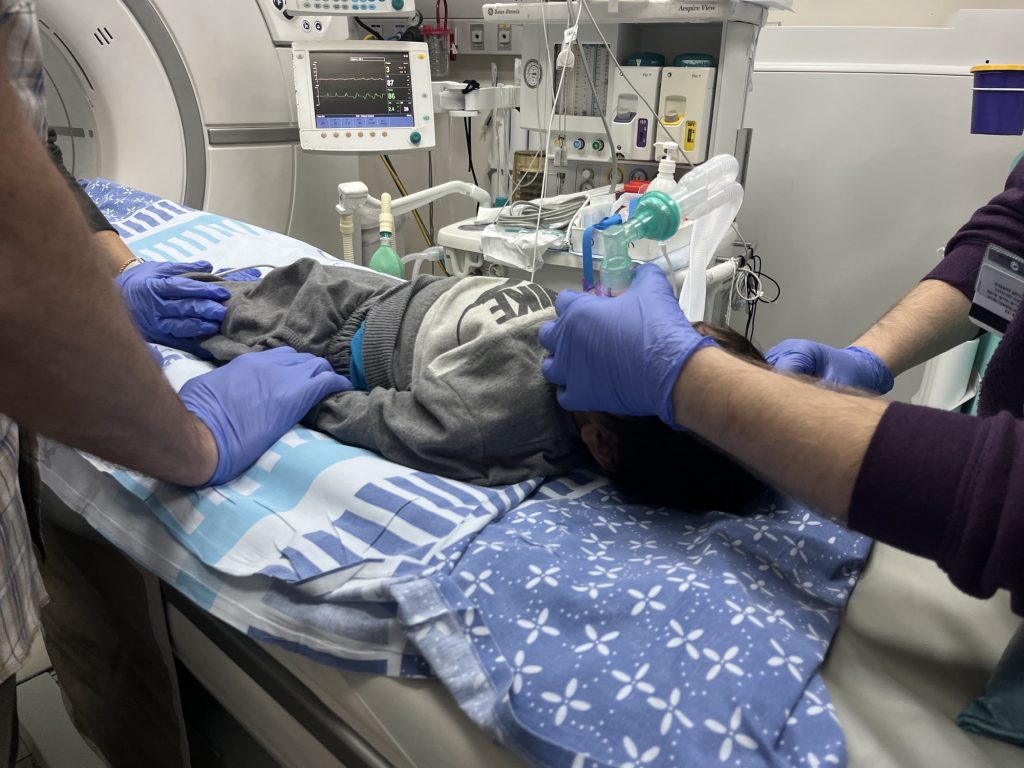 We made our way to Sheba hospital this morning for Arya’s first CT scan. It was very early he was in a really good mood and was excited to have an adventure.

At the Imaging Clinic, we had to wait for a long time so Arya decided to work on his career as a football player,  or as the United States American’s call it, a “soccer“ professional. He is not walking, but he found his way to play with me and it was so much fun and made the waiting time easier. When it was his name that was called Arya became a little bit scared and we had to hold him while he got the anesthesia so he wouldn’t move too much. After the 20 minutes of scanning him he was brought to a bed where he slowly woke up from the anesthetic. This whole day he made his mother and me laugh more than once and the long hours became a little bit shorter. Little Arya stays with us in Ashdod until there is further treatment from his cardiologists.

Thank the Lord for joyful Arya and that he was so patient and happy all day. We hope and pray for successful treatment for Arya and for his time here in Israel.