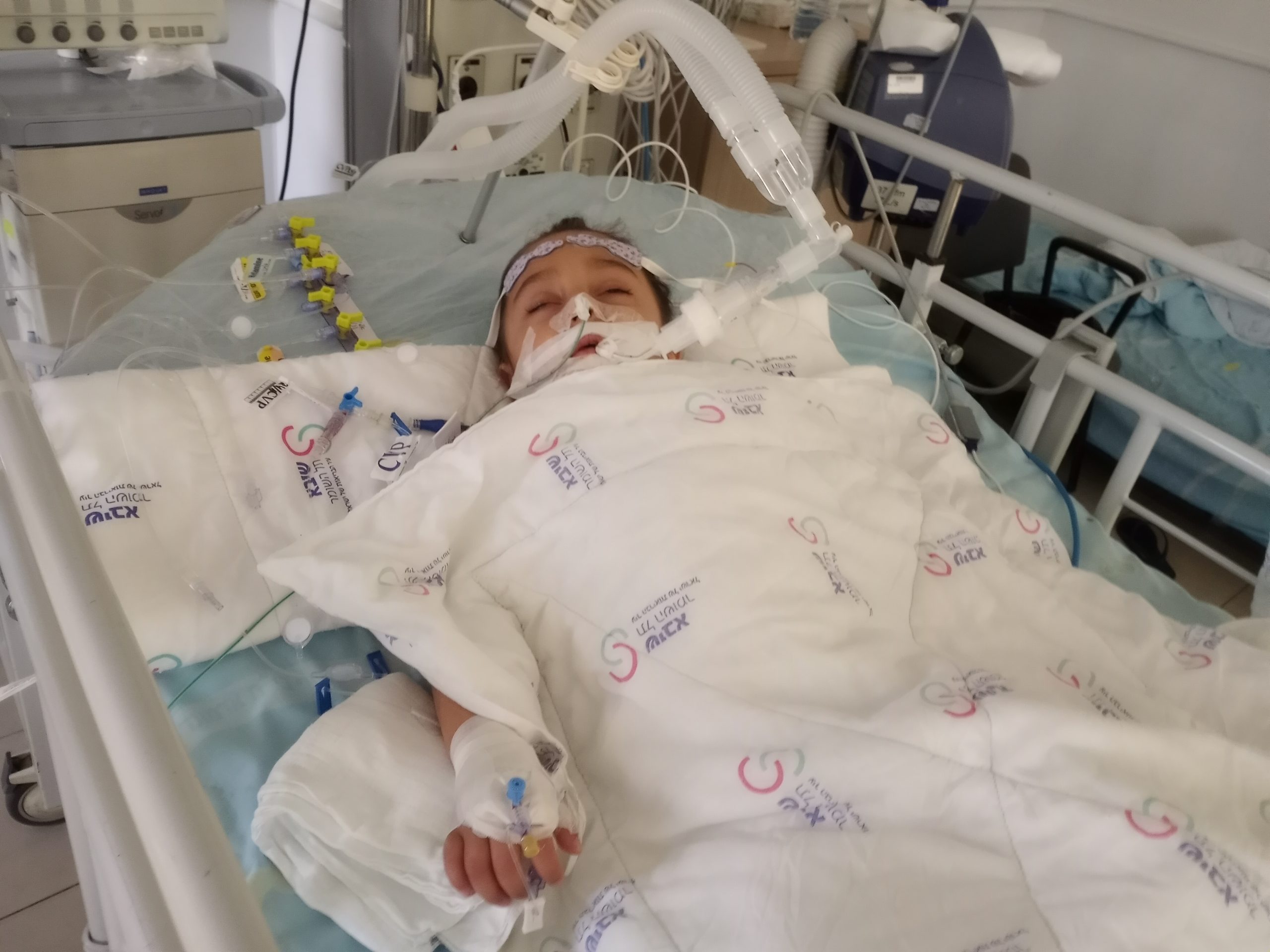 For the past few months that Ahmed’s mother waited for his surgery to take place, she was without a doubt, the most patient and understanding mother I have encountered. She was always gentle and seeking to see the good in every week that went by that didn’t schedule his operation. Getting to tell her that the hospital called Ahmed in for surgery was one of the best moments of my time here, as it was the culmination of much waiting, not just for the time, but in the two previous times Ahmed had been in Israel and received catheterizations because he was not yet ready for his surgery.
Seeing him today, the day after the three years of waiting, was seeing their fulfillment and it was especially wonderful. His mother was so happy and relaxed. She was so thankful that he has come through his big operation where the surgeons switched his arteries as well as the atriums of his heart, closed a hole between the lower chambers of the heart and placed a conduit to the pulmonary artery to deal with his pulmonic valve being closed.
From an echo, the surgical results look good especially because it was a large surgery, and the ICU staff at Sheba hospital are preparing Ahmed for extubation. We are really so thankful for the fruition of a long held hope and the continued recovery of our wonderful and feisty Ahmed.