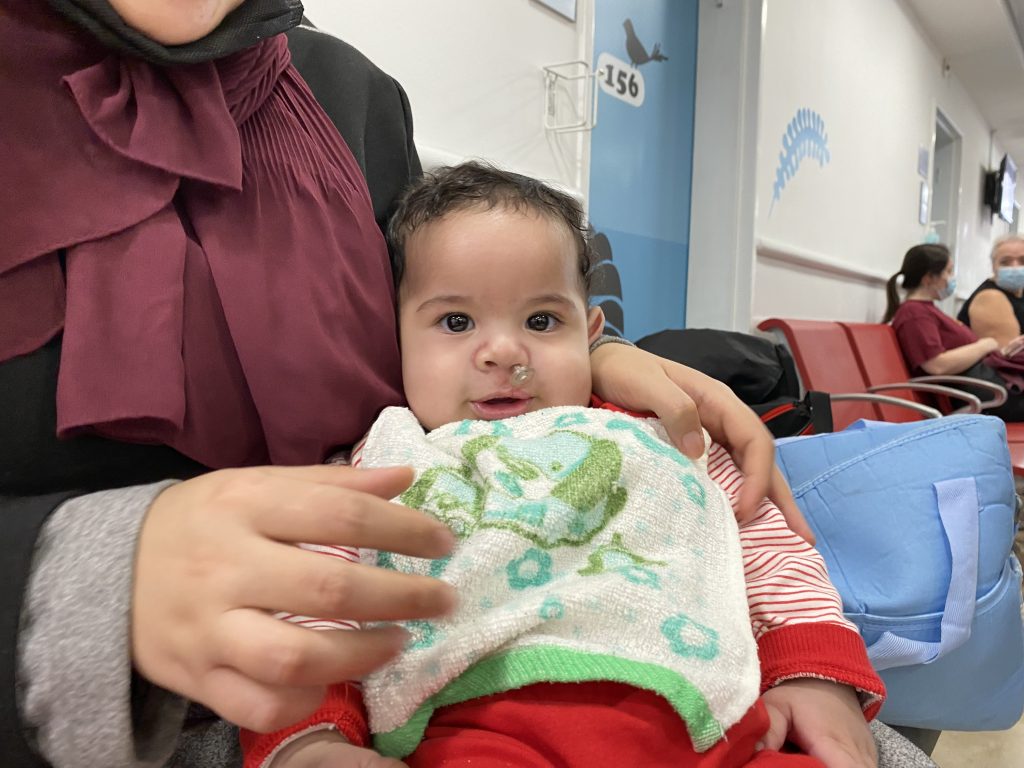 Today I met the little Musa, having picked him up at the Gaza border. I and my coworker brought him to Sheba Hospital for his follow-up appointment.

Spending time with both Musa and his mother, was incredible.  it’s so nice to see how carefully Musa’s mom treated Musa and how lovingly she played with him while we were waiting for the surgeon. 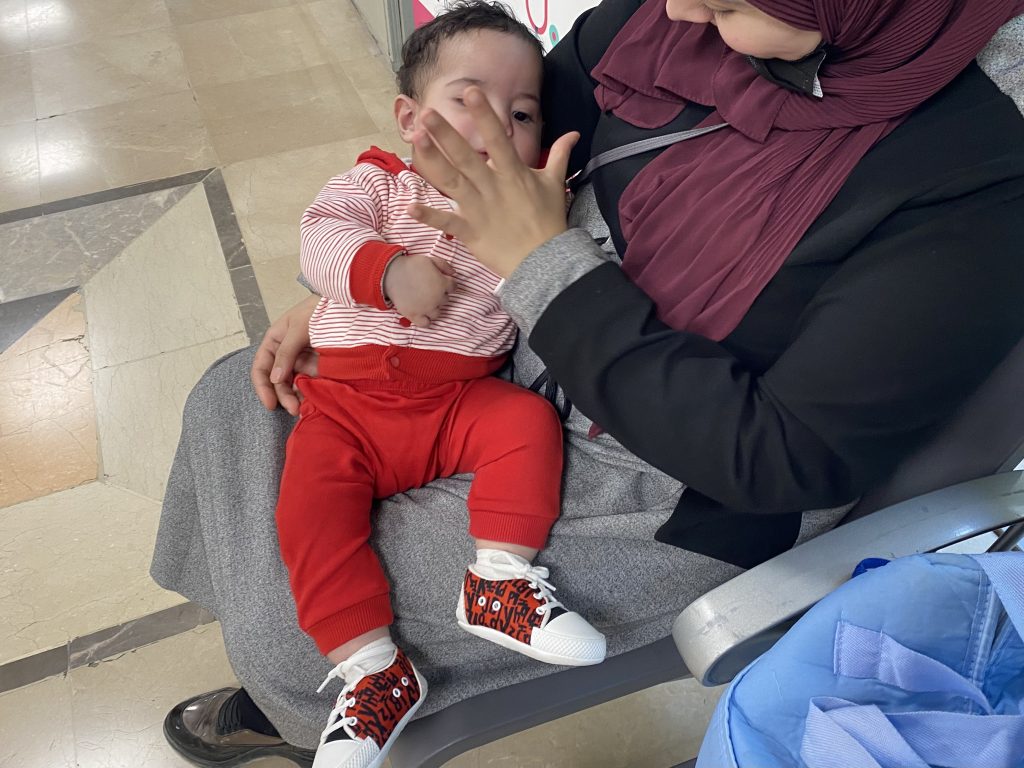 Musa’s cleft lip surgery after these past six months, have been a complete success. The surgeon recognized Musa, and was to happy to see how much he has been growing up. 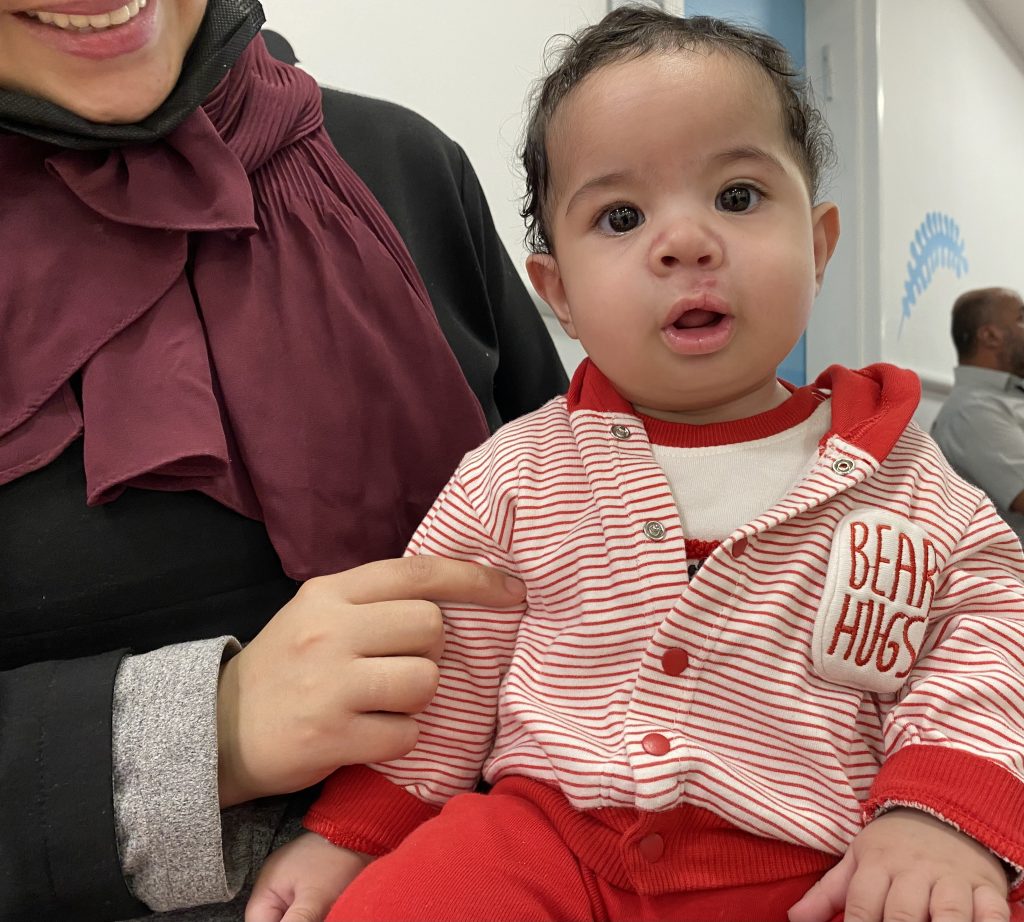 The surgeon’s recommendations were to remove the plastic tube in Musa’s nose first of all. Then, to include in Musa’s routine a massage for his scar, at least twice a day. The scar is now a little thick. The surgeon said for Musa’s next appointment, with a disciplined adherence to twice daily messaging the scar, he expects to see the scar tissue to be more thinned out.
We’ll see little Musa in ten day’s time for a newly-scheduled echo appointment at Sheba. Also, with the help of God, in three month’s time, Musa will be ready for his cleft lip surgery – part II.