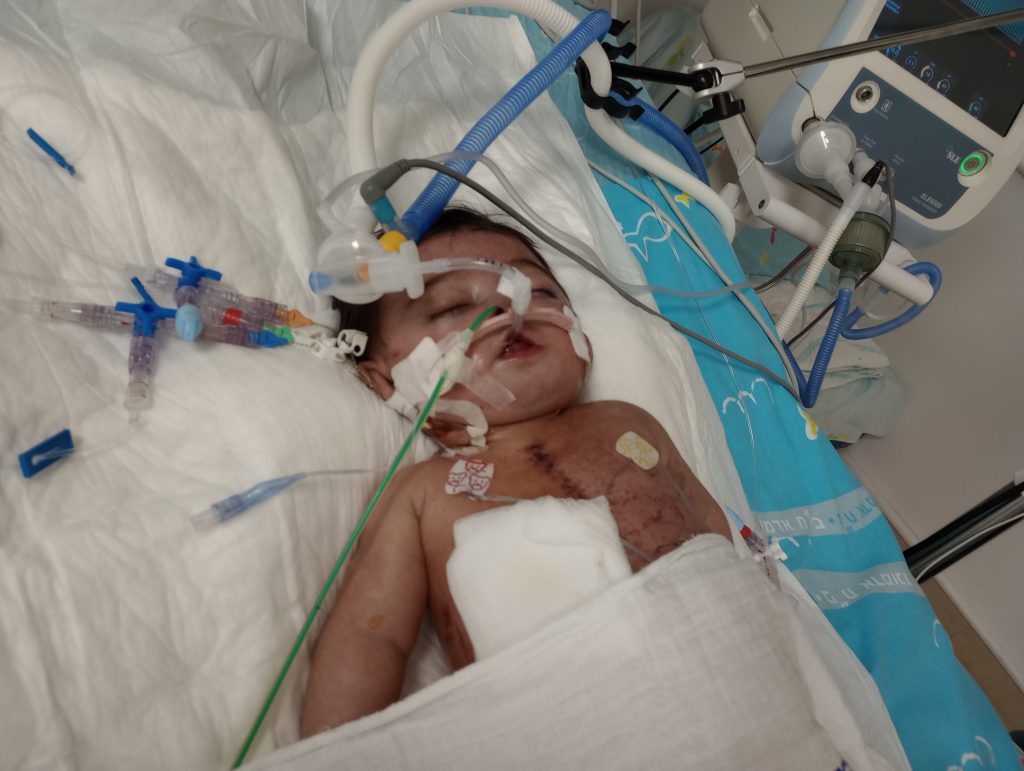 It already became a habit and a normal part of every hospital day that we meet Hazhin’s dad wherever we are with other kids and he spends some time with us.

But when he came to meet us today he had tears in his eyes and I could tell that Hazhin is most likely not doing well. He, and later also a doctor, confirmed to me what I already thought. Hazhin is getting worse in the last days since her stomach surgery. She is not wetting her diaper anymore and she builds up more and more fluid in her whole body. Every part of her is swollen and also her skin looks very yellow with red spots from the sepsis she had.

They also had to connect her to a stronger ventilator and so it’s a uniquely difficult experience to be in her room with the sounds from all machines that keep Hazhin alive and seeing her in this bad condition. It was very hard to find a doctor today who had enough time to explain all the details to Hazhin’s dad, but in the end they promised him that the head of the ICU will sit down with him tomorrow and will explain everything to him with the help of a translator.

Hazhin’s dad is so strong and I’m so amazed every time I see him, but it’s also very hard for him especially as he has still all the memories of another Kurdish baby that arrived in Israel together with him and Hazhin and that child died three weeks ago.

Please continue praying for Hazhin and his dad. The situation seems so difficult that we nearly want to lose hope, but God can still heal Hazhin and we trust Him.