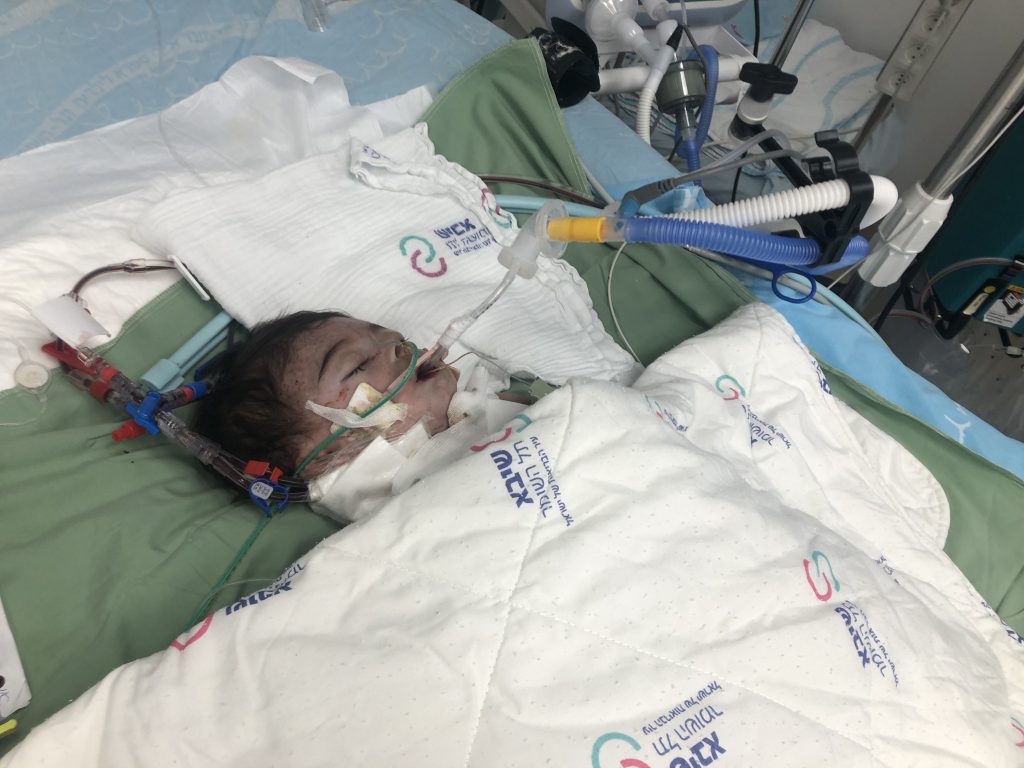 When I visited Hazhin at Sheba Hospital today together with her father, two doctors entered her room to check on her and thankfully one of them took his time and explained how Hazhin’s situation is right now and how she has been since yesterday. Her surgery yesterday, where they had put her back on dialysis, went well, but unfortunately it’s not helping her like the doctors want it to. The dialysis should help Hazhin to loose fluids in her body, but until now she lost almost no fluids at all.

As if that wasn’t enough, she also still suffers from the sepsis and multiple other organs which are not working well. The doctor explained it to me with the example of a snowball. The further the snowball rolls down a hill the bigger it gets. And it’s similar to Hazhin, they want to help her with one problem she has, but during that treatment another problem occurs. And since her last surgery, she has been dealing with a lot of things like her kidneys, her lungs, then the sepsis and now too much fluid in her body. Because of all this, a surgery would be too dangerous for her now even though she really needs it.

We all know that Hazhin is not in a good condition right now, but the best thing we can do now is to pray for her. Also her father isn’t doing well for several days now as he knows and also sees what’s going on with his daughter. A translator explained to me today that Hazhin’s father has lost all hope and is just waiting for the bad news that she couldn’t make it.

But let’s not give up on praying for this little girl and her desperate father. God can do miracles. We don’t know what is going to happen in the next days, weeks or months, but we can be sure that God will do the right thing even if we don’t understand.