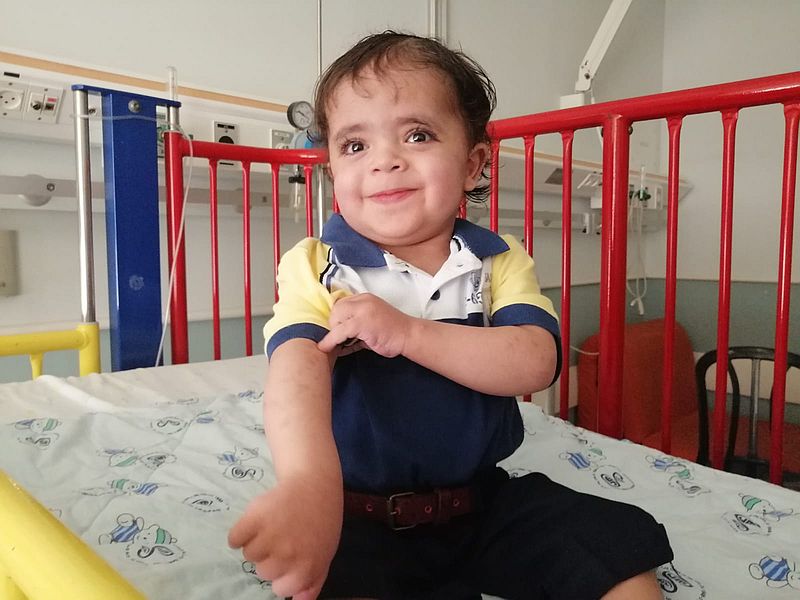 Three days ago, the hospital sent a list of eleven different medications Hassan needed to receive. Our Gaza coordinator confirmed with a doctor that these medications could be obtained in Gaza, but we learned that two of his medications were unable to be obtained. These two medications are antibiotics that are not commonly used, but they were important to help Hassan fight off a bacterial infection he developed.
We were struggling to find these medications in pharmacies that we were familiar with, and even the hospital pharmacy said they only had a 3-day supply. Thankfully later the hospital internal pharmacy was able to secure a supply for Hassan. God always provides.
The hospital was so caring in making sure that Hassan and his family could get the medications. Coworker Amar confirmed again with the family that they could get the medications, and the father said that they could also not get an important medication. This medication is in the form of a subcutaneous injection and is extremely important due to his history of blood clots. Just a few hours before his discharge, the pharmacy was able to supply this medication.
When Hassan was waiting to be discharged, the pharmacy sent over three boxes of medications just for Hassan. It was an unexpected surprise. The pharmacy not only sent the medications we ordered, but his other medications as well!
At last, Hassan was finally discharged. Coworkers Alena and Georgia joyfully took Hassan and his aunt to the border of Gaza. Hassan has been through so many procedures. His 52 page discharge report details how complex Hassan is. God has sustained his life through it all.
We look forward to seeing Hassan in a couple months for his follow-up appointments.