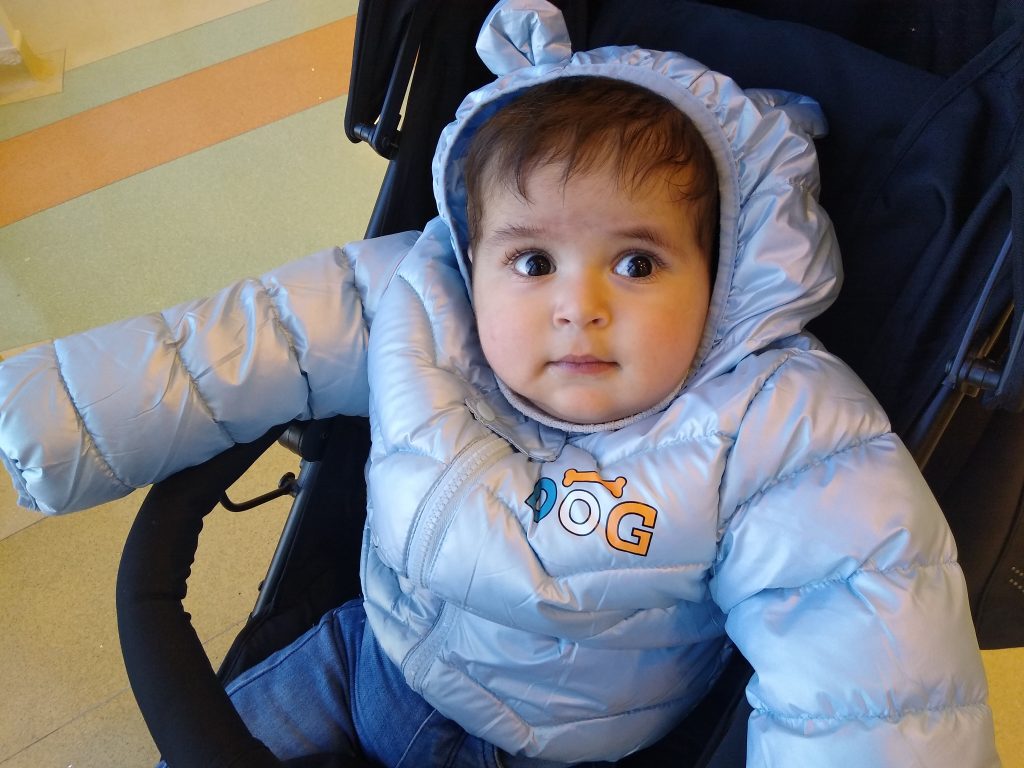 This morning, coworker Lilly and I picked Omar and his mother up from the Gaza border crossing and brought them to Sheba hospital for an ECG… 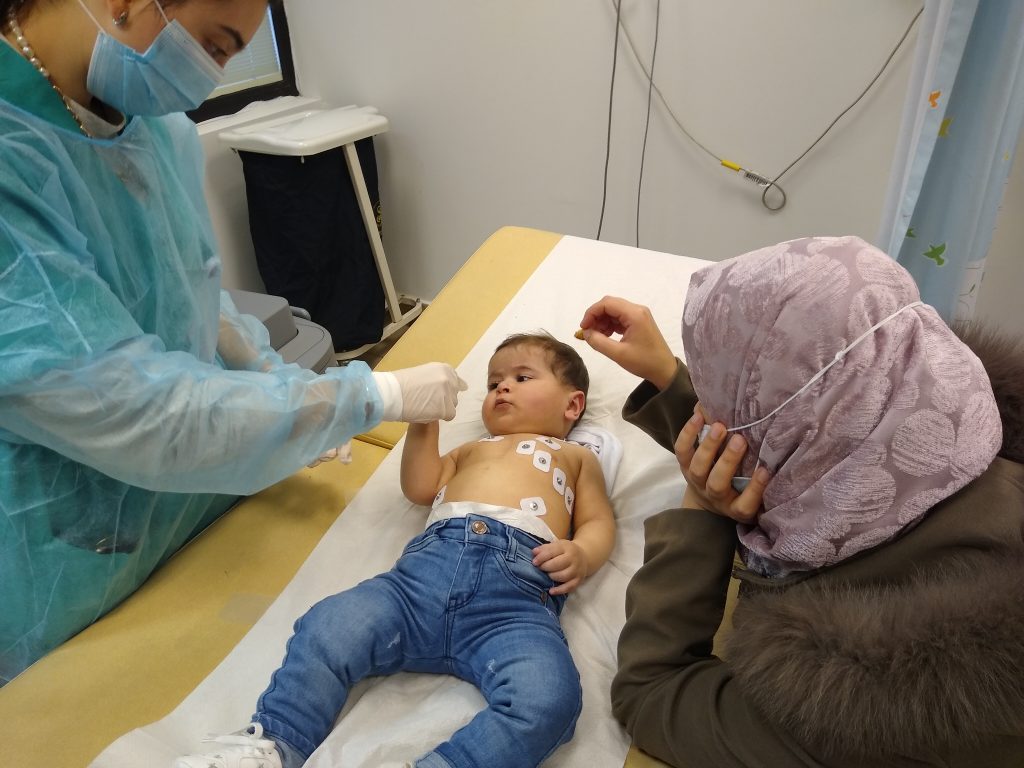 and an echo. This is Omar’s first follow up appointment since his two-month long hospitalization, and thanks be to God, his echo looks very good. 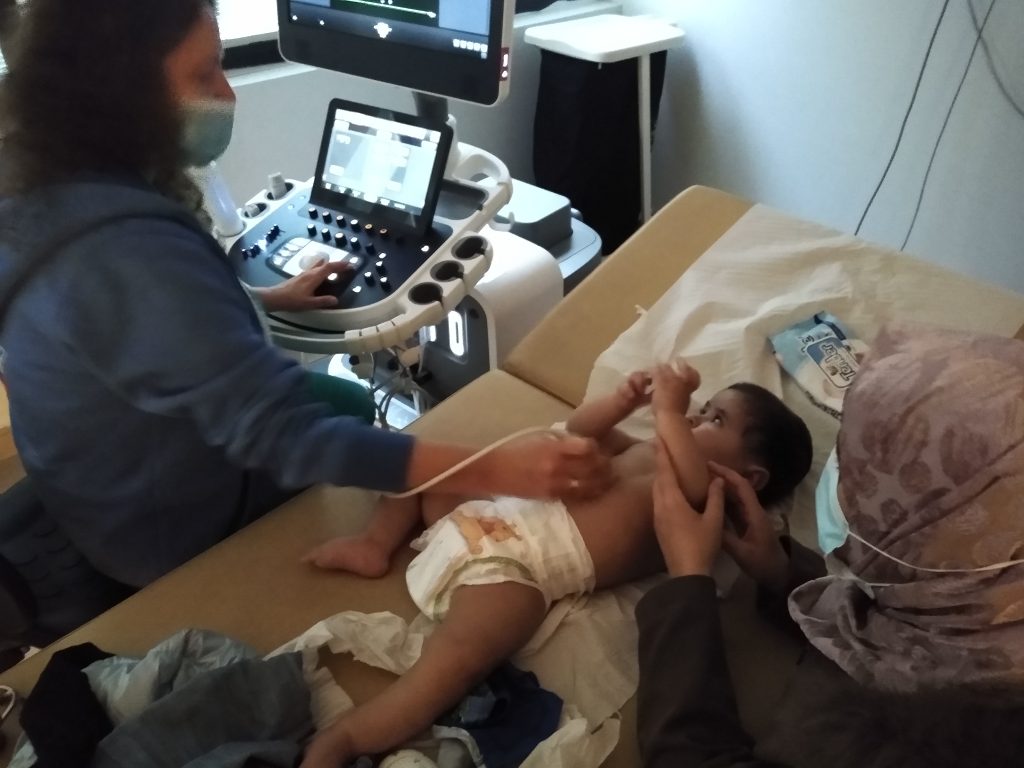 His cardiologist adjusted his medications slightly and asked to see him again in six weeks. 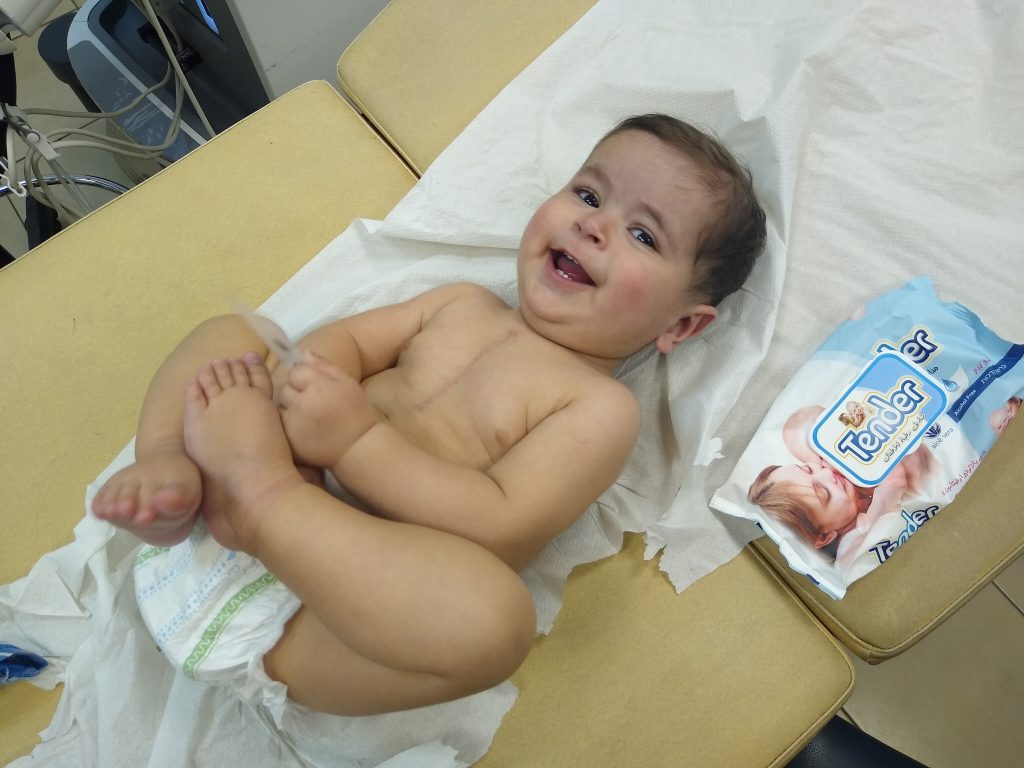 Today with Omar was extra special to me as I also brought him from Gaza for his echo in October, and then to the ER that night when his oxygen dropped and he was rushed into an emergency catheterization. 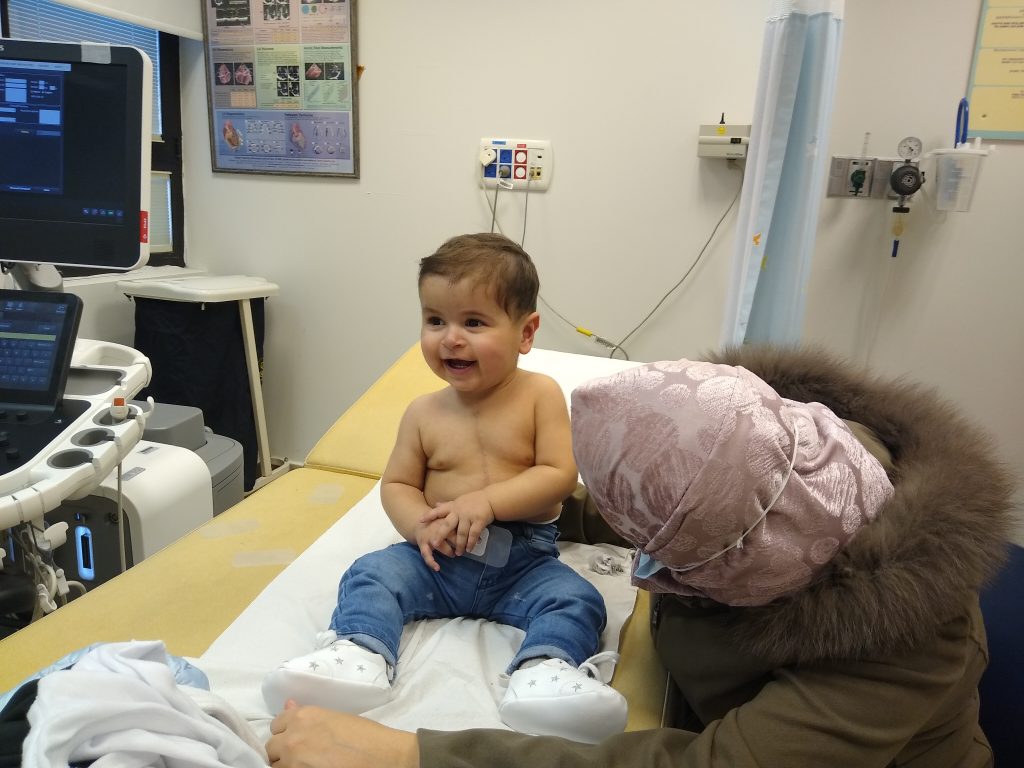 How far this sweet boy has come since then! His cardiologist remarked what a great recovery he has made. “For that,” she said, “I can say alhamdulillah!” (“Praise be to God!”) Knowing that Omar’s life hung in the balance just three months ago, it was especially poignant when his mother proudly announced to me that tomorrow is his birthday and he’ll be one year old. 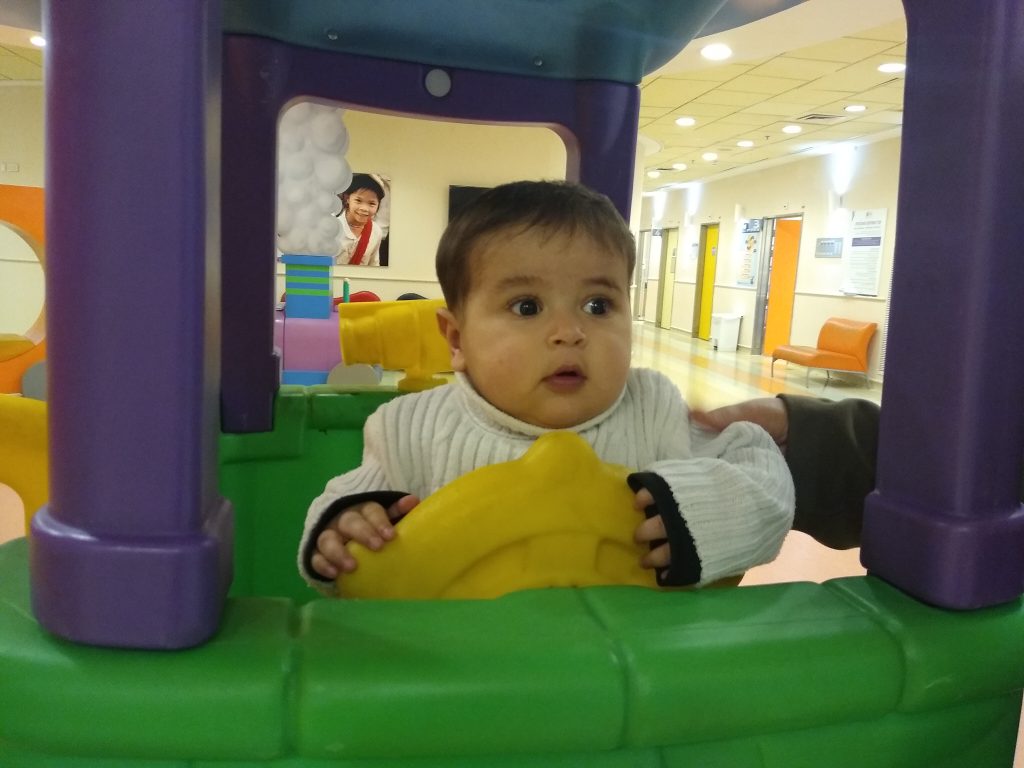 Praise God for carrying this beautiful boy through so much to make it to this day!