Today, little Ahmad had his follow-up echo at Sheba Hospital. His surgery was four months ago and the doctors wanted to see how he is doing, as well as determine if any changes need to be made in his medication. Although he cried a bit during the echo and ECG, he was very brave and calmed down real quick as he saw the cars on the ‘in hospital’ playground again. 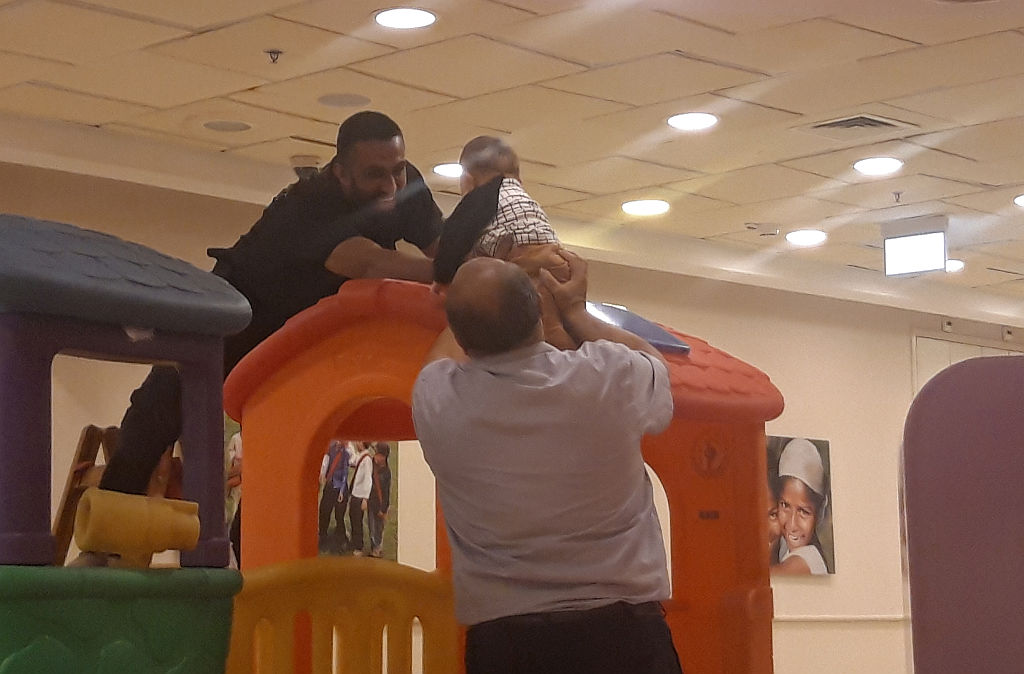 He even met some new people in the play area with whom he became friends very fast. We played and laughed together until the doctor came to us to bring us some good news: for now everything is fine with Ahmad.
Ahmad can return to his home and family in Gaza until his next cath in a few months. He will also have a Holter test and a follow-up in the endocrinology clinic right before the cath. So for now we had to say goodbye to him, but we’re looking forward to seeing him again in a few months.
Please pray for little Ahmad. We want to thank the Lord that he is so well and such a lively child!