This morning, Lena and I arrived in the ICU at Sheba to find Hazhin’s nurses preparing her and all her equipment for transport. Her dad met us at the door and told us she was going first to a CT scan and then to surgery. While we waited for the doctors to take Hazhin to the CT, the surgeon arrived to speak with her father.

During the first surgery a couple of weeks ago, the doctors placed a shunt between her aorta and pulmonary artery as well as a band around the pulmonary artery. However, in the days since, Hazhin has not shown the improvement that they had hoped.

This week, they determined that there is too much blood flowing through the shunt to her lungs and not enough flowing to the lower half of her body. They believe the lack of circulation is causing the kidney failure Hazhin is experiencing. Thus, the doctors decided to take her into a second surgery today in preparation for her arterial switch operation. 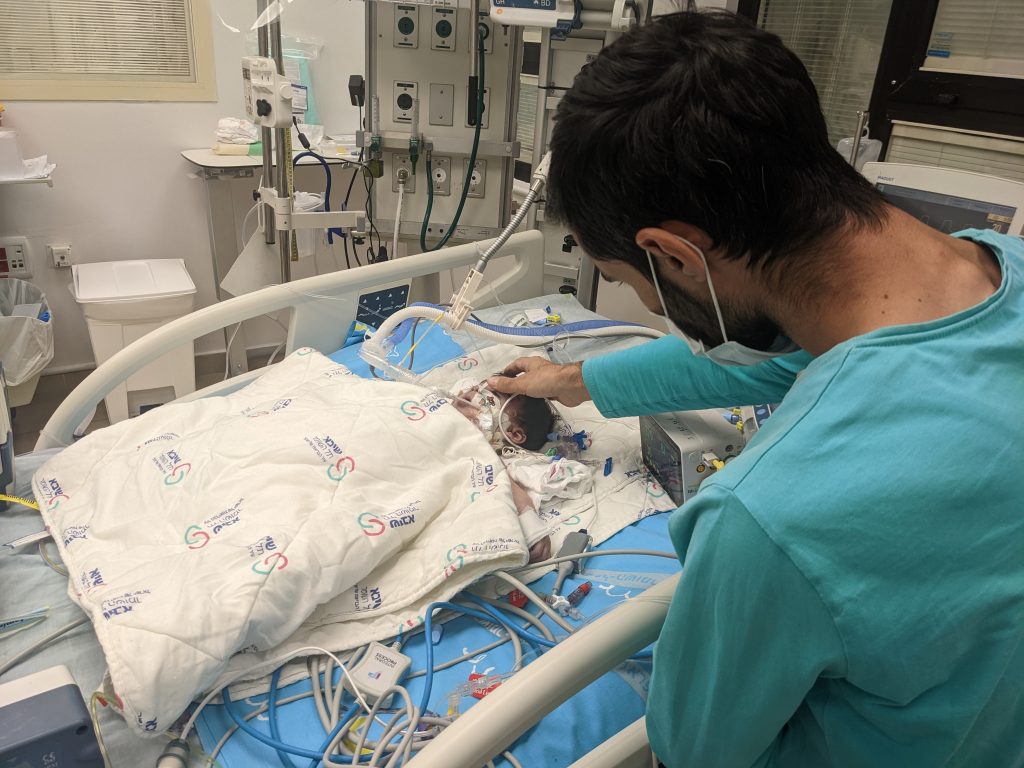 An hour after returning from her CT, Hazhin’s doctors began preparing to move her again, this time to the operating room. Her dad held her hand and stroked her hair, and then walked with her to the doors of the OR. 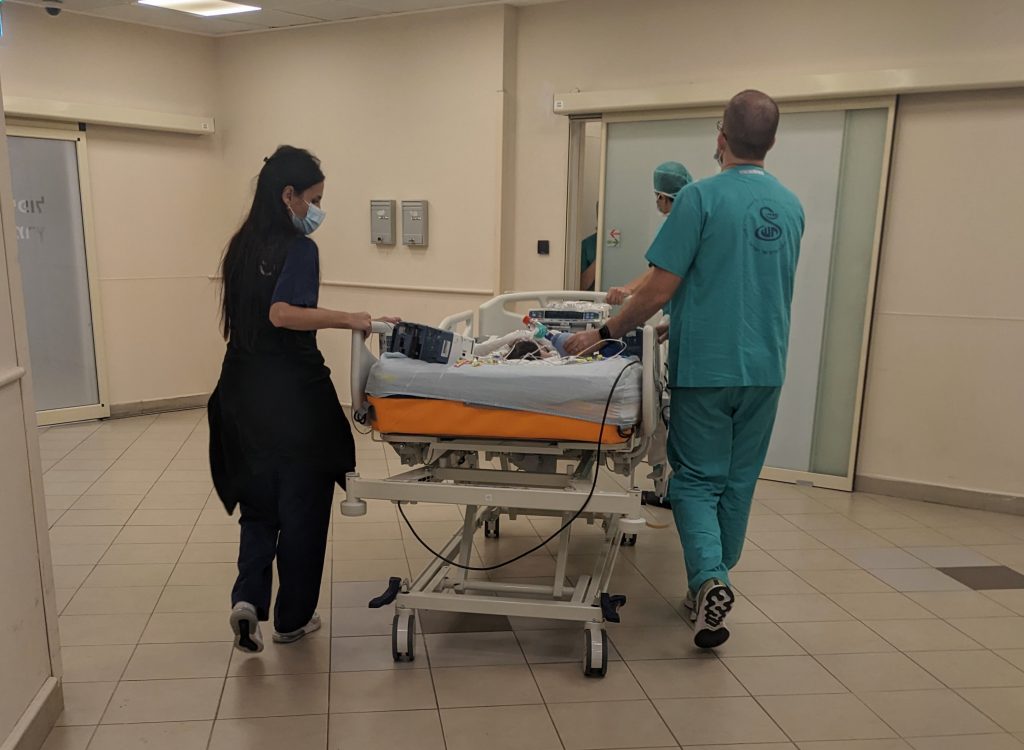 Soon, Jakob arrived to keep him company for the waiting time. Together, we enjoyed the afternoon outside. Hazhin’s dad showed us photos of his twin daughters back home and videos of Hazhin from the past few weeks. All three of his girls are so beautiful!
After three hours, Hazhin was back in her room with a good report from the doctors. The surgery went without complications and the surgeons were able to reduce the amount of blood flow to the lungs and increase the flow to the lower half of her body. They hope that this will resolve the challenges she’s been facing and stabilize her enough for the arterial switch operation next week. 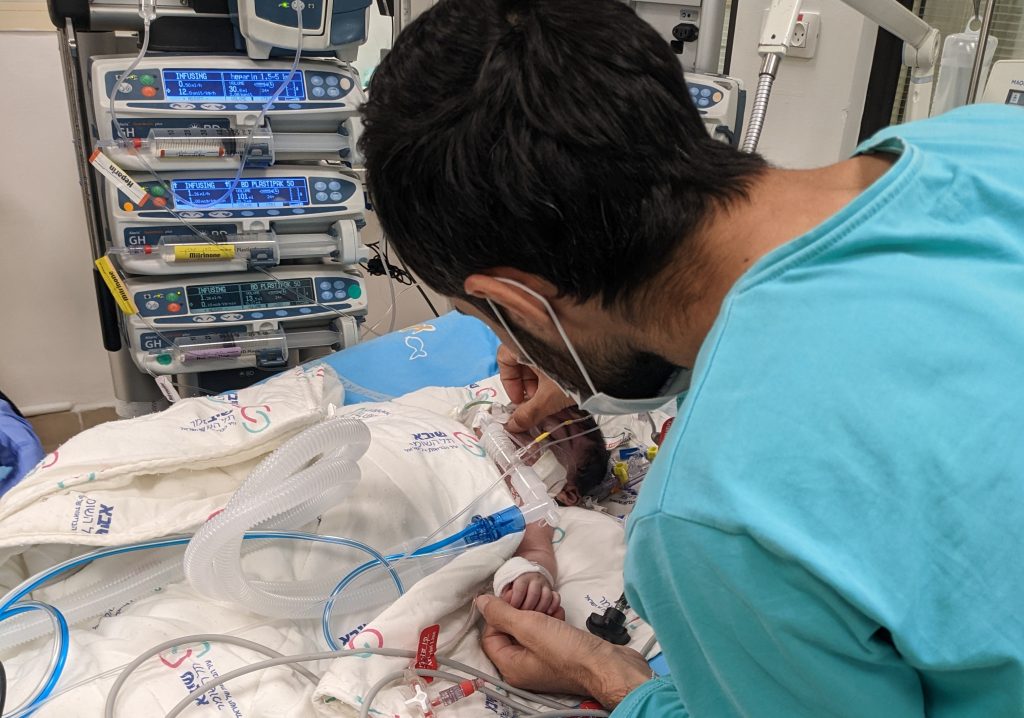 It’s beautiful to see the gentle love Hazhin’s dad has for his baby girl. You can see it in the way he holds her little hands and strokes her face, or leans over her bed with a smile and says, “Hey Hazhin!” She’s one blessed little girl to have a dad who loves her so very much. Please continue in prayer for both Hazhin and her dad while they wait for her next surgery.