“Marhaba-Al Hamdullalah” (Arabic for ‘Hello, thank the God’) were the words of Mohaned’s mother as she greeted me when I went to visit her and Mohaned at Sheba Hospital today. The results of the examinations yesterday were good, which is why Mohaned has now been moved to the general Pediatric Ward.
When I went into their hospital room today, Mohaned wasn’t in a good mood at all because two doctors where in the middle of doing something on him that took a very long time, but they of course were just doing their jobs. They want to make sure that our little “Schlingel” is doing well. 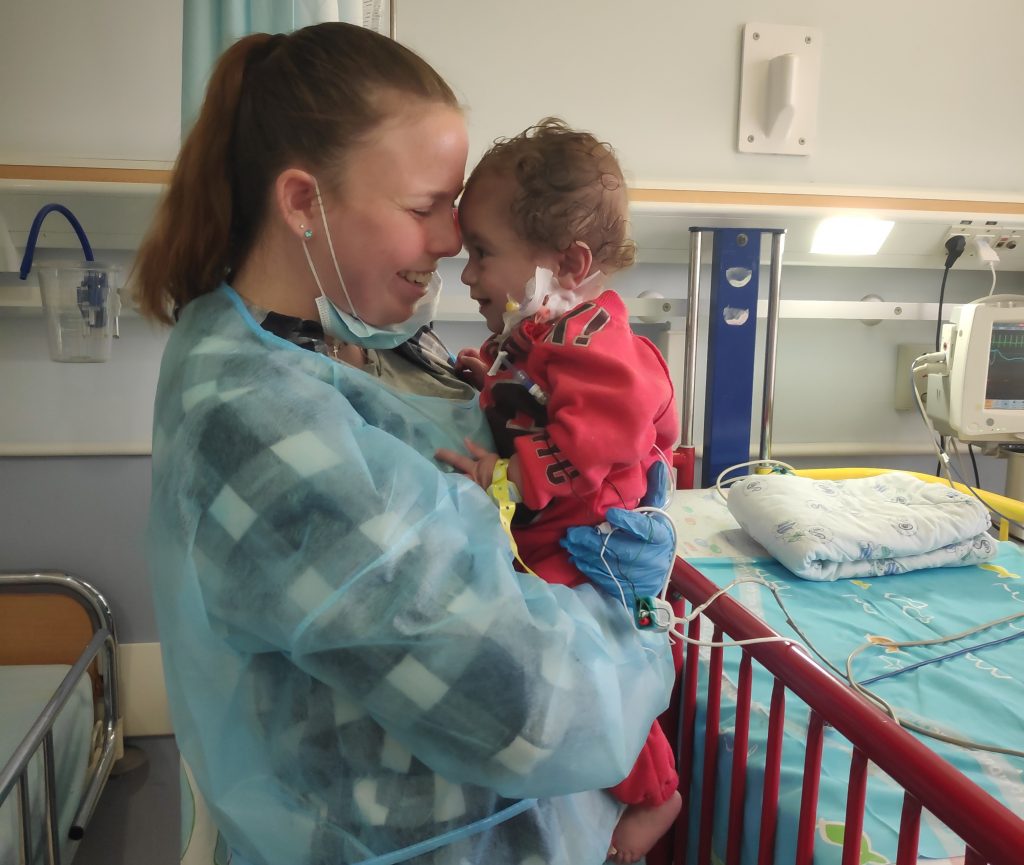 They took some blood from him and did some other things which caused Mohaned to cry a lot. His lovely mother took great care of him as always, and tried to calm him down with his dummy. Sadly, that didn’t work out so well, but after the doctors where finally finished, the mother offered for me to take Mohaned into my arms. How can you say no to such an offering? Of course I took him with a pleasure into my arms. 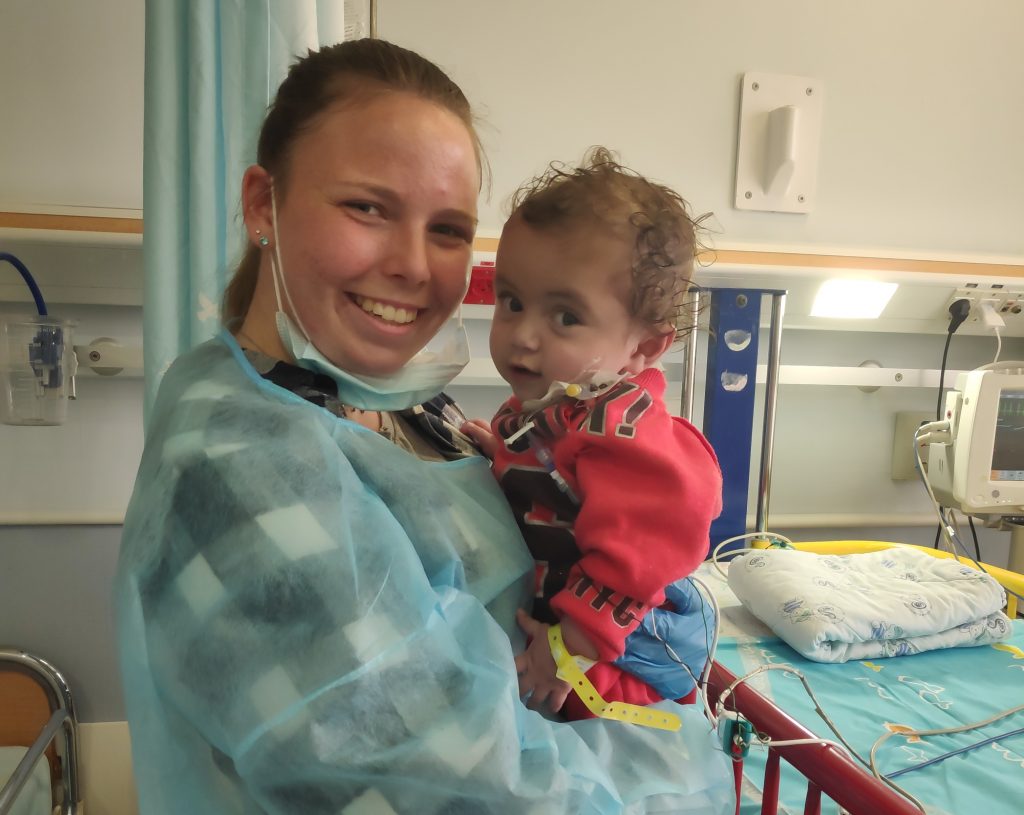 He immediatedly stopped crying and I started to talk to him in a high-pitched voice, saying, “Schlingel,” which caused him to laugh. It made my day seeing his lovely and happy smile. He also made me laugh by taking my mask down with his tiny little hands because he doesn’t like it when I’m wearing it.
Our whole staff is missing both of them a lot back in Jaffa communiuty house, and are looking forward to having them back with us soon. I and everyone in our community are still very pleased that he is doing so well after his risky surgery, and that he is recovering so well.
Please lift them and their whole family back in Gaza up in your prayers. Probably the family is missing them more then we do. If it is in God’s will, Mohaned will continue to recover so well so that they can be reunited with their familiy soon. The mother is always taking so much care for Mohaned. Today she told me that she is very tired but thankful as well for Mohaned’s great recovery so far.