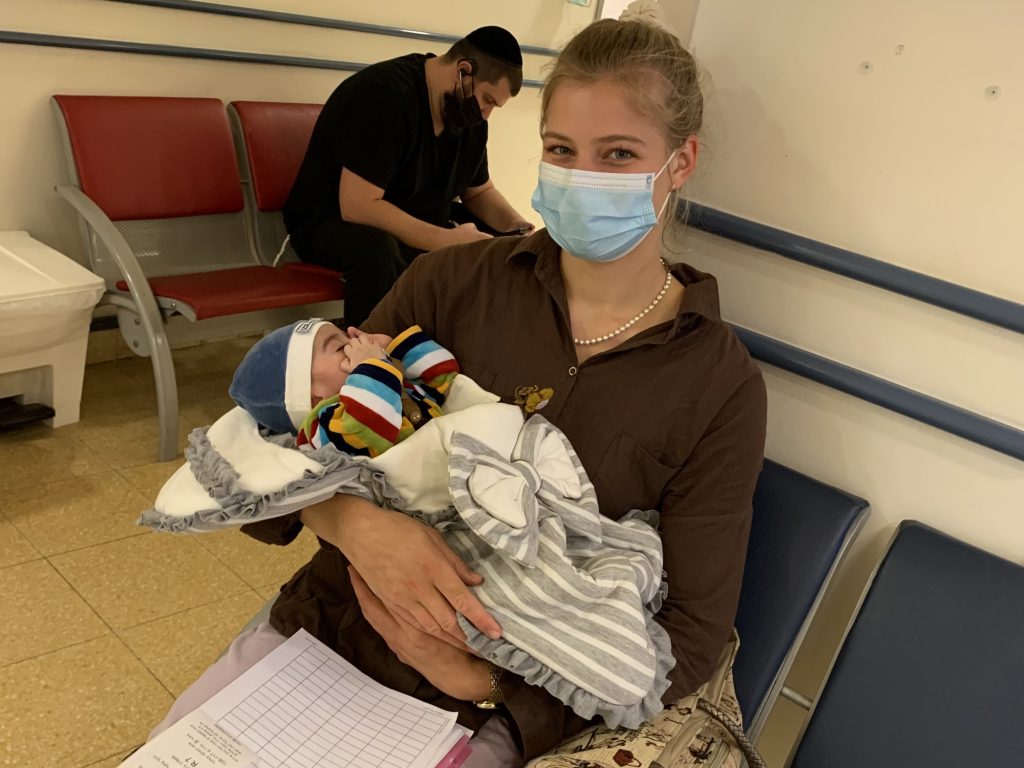 Today Rohat had a pulmonary appointment. The reason for the appointment is that the doctors have been worried about his lungs; there were some troubles with the intubation in the ICU and Rohat was dependent on the ventilator for some time. 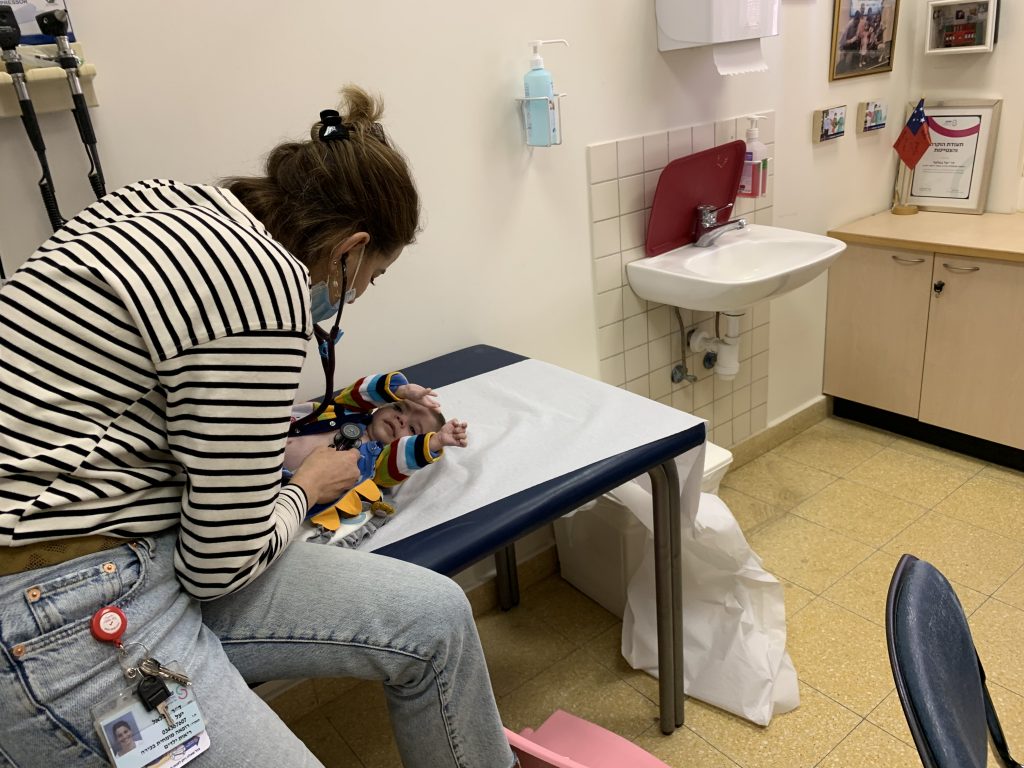 Our Coworker Moshe helped with the translation and after some questions and an examination, the doctor was content. First the doctor was a little worried about Rohat‘s oxygen level, but after the measurement, the result was very good as well: 100%. 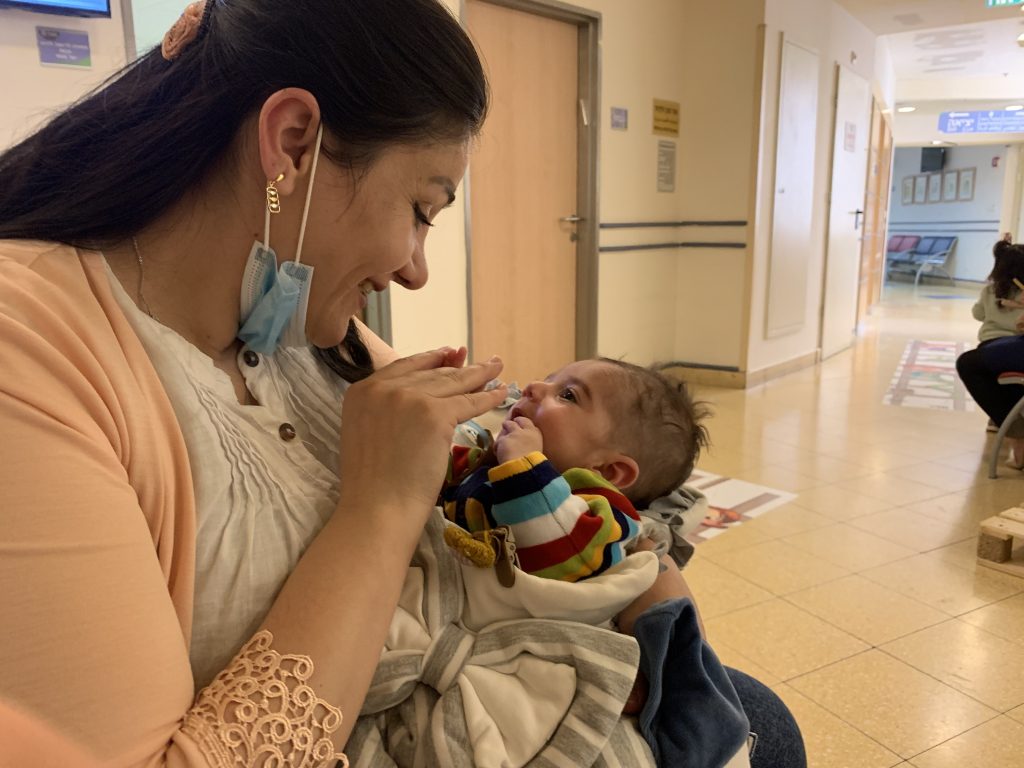 The kind doctor explained to us, that Rohat is very small for his age and not very far developed. The reasons are the big procedures, huge surgeries and a long time is the ICU, which has a big impact in his development. Anyway, the doctor is optimistic and thinks Rohat can gain weight and more muscle now.

The doctor encouraged Rohat’s mother to really listen to her feelings and watch Rohat carefully for unusual breathing noises, and problems while eating.  It was also suggested also not to hesitate and go to the pulmonary doctor with Rohat, as soon as there is any concern. 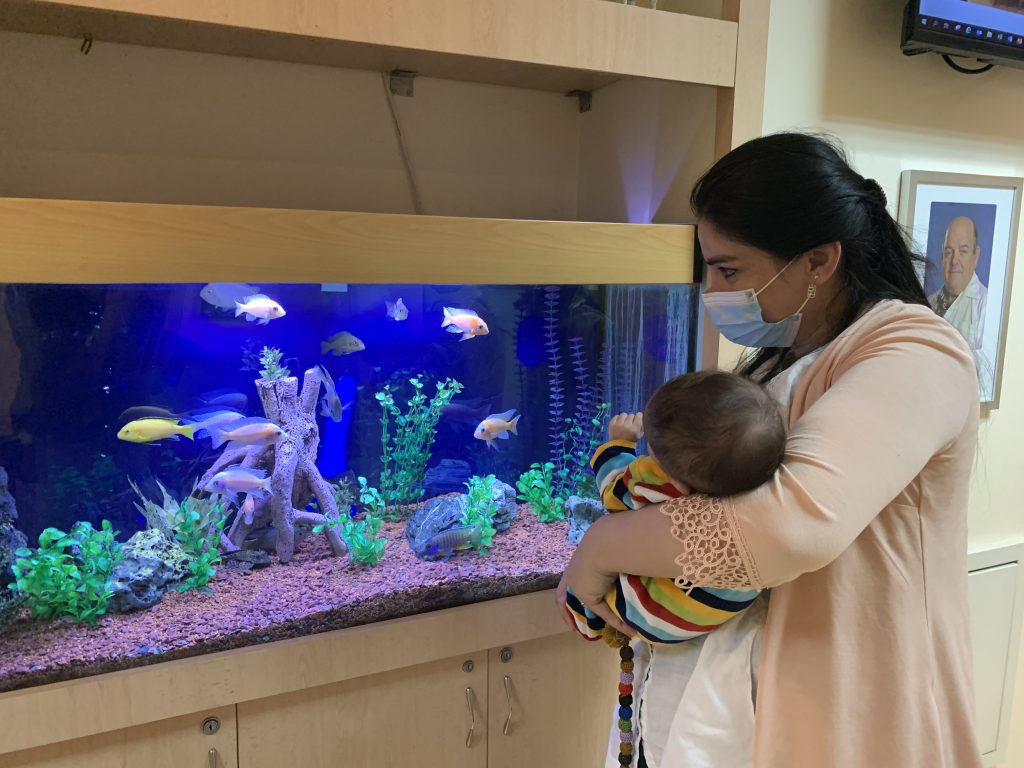 After the good news, Rohat’s mother was very happy, especially because she now feels one step closer to going back to Kurdistan.

Also Rohat was in a good mood and was giving me a cute smile sometimes.

I enjoyed spending time with both of them in the hospital and hope that the next cardiac appointment (an echo) will go as well next week.

Please pray for the next appointment in Sheba hospital and that Rohat’s mom comes even closer to her dream of very soon returning to Kurdistan.