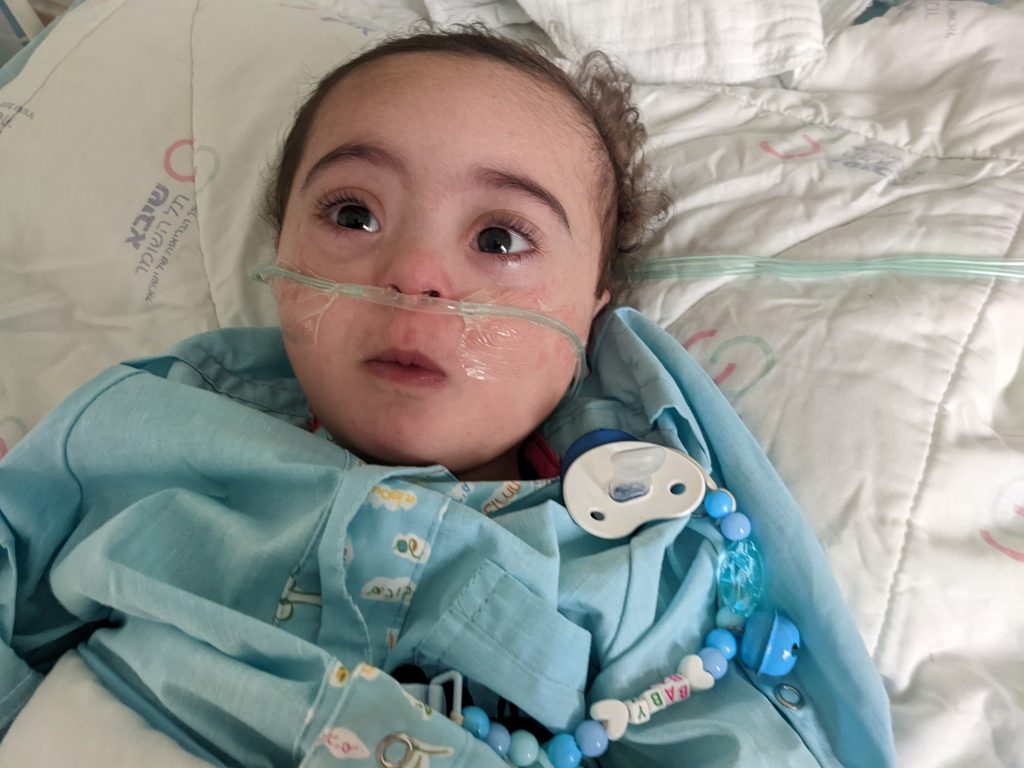 Early this morning, I found Ahmed and his mother in the secondary ICU at Sheba hospital, awake and anxiously awaiting the doctors’ arrival to take Ahmed into surgery. 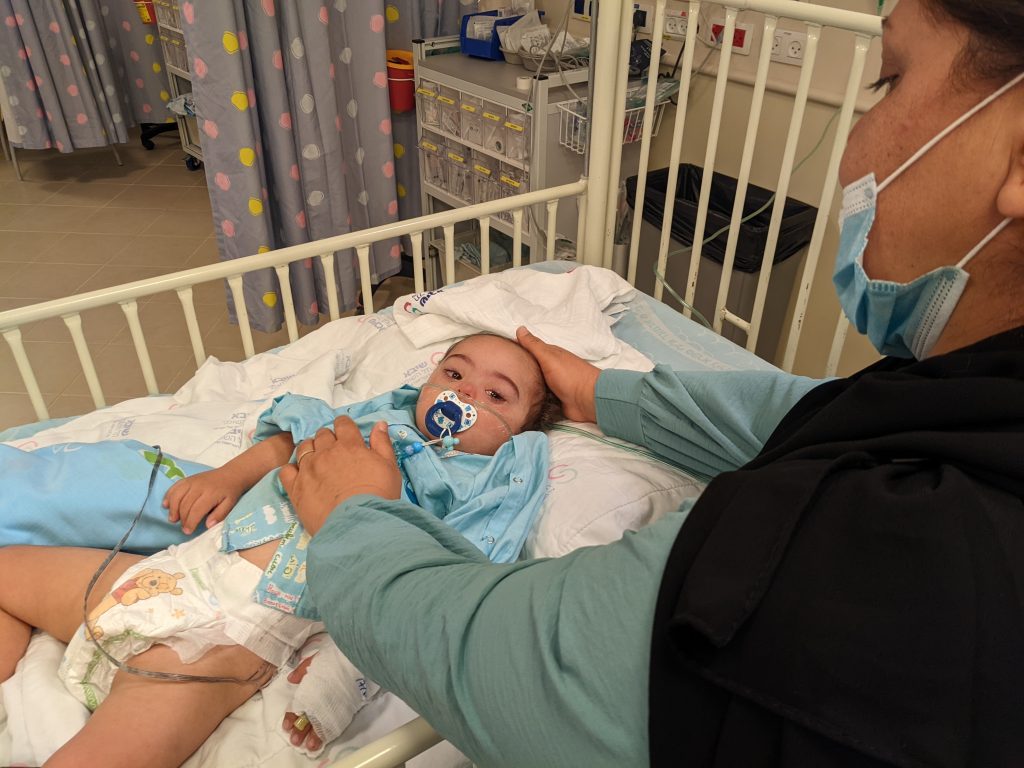 At 7:30, the doctors and nurses began to arrive– first the nurse to prepare Ahmed for transport, then the surgeon to explain the surgery to his mother, then in the surgery prep room, the anesthesiologists. Ahmed’s mother was nervous but calm for the whole process, and all the while she held Ahmed’s hands or stroked his hair and murmured words of love to him. Finally, with a kiss and a wave from his mama, Ahmed was wheeled into the operating room.
Ahmed’s mother and I waited together outside the operating room for four hours. It was a challenging few hours for her; she showed me photos and videos of Ahmed from his time in the hospital and told me in Kurdish, “I’m so worried for him, he’s alone in there without his mom or dad.”
We were joined for most of the wait by two or three of the mothers from Gaza, as well as 11-year-old Lewan from Kurdistan and her mother, who were a great support to Ahmed’s mom. “Don’t cry, let’s just pray for Ahmed,” Lewan encouraged her.
After just over four hours, one of the mothers from Gaza burst out of the ICU with a huge grin and the head surgeon in tow. “Kwayyis!” she said with a thumbs up– Arabic for “good!” 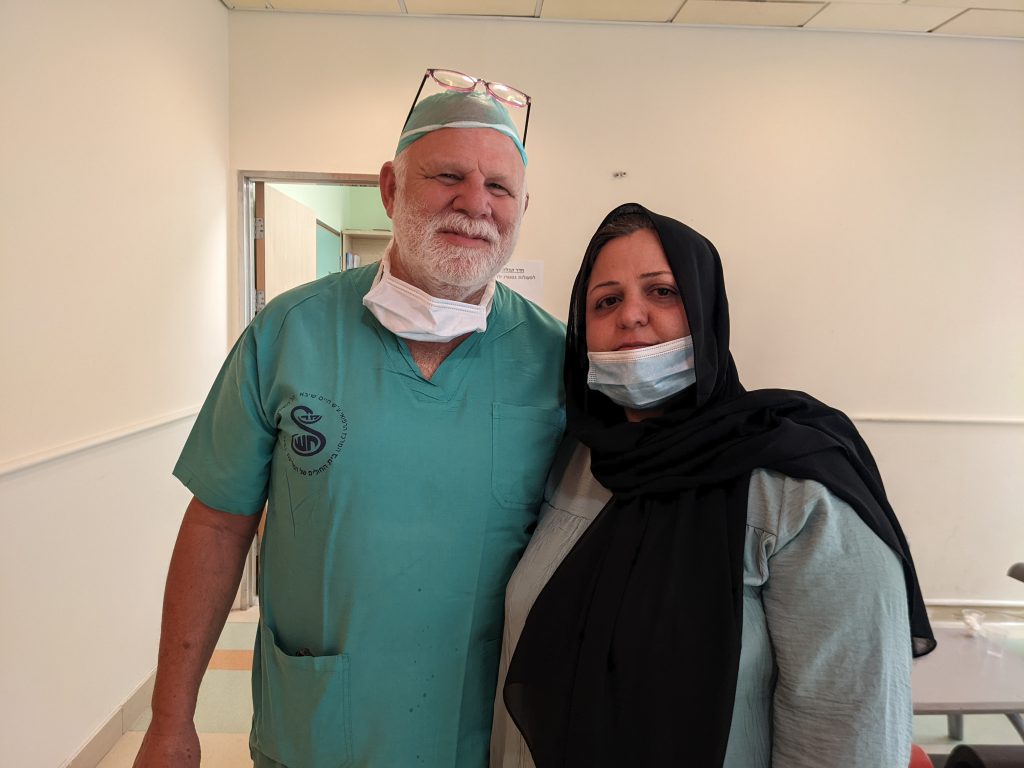 Sure enough, the surgeon brought the news that Ahmed’s surgery was finished and everything was okay. There were no complications in the procedure and Ahmed is doing well. 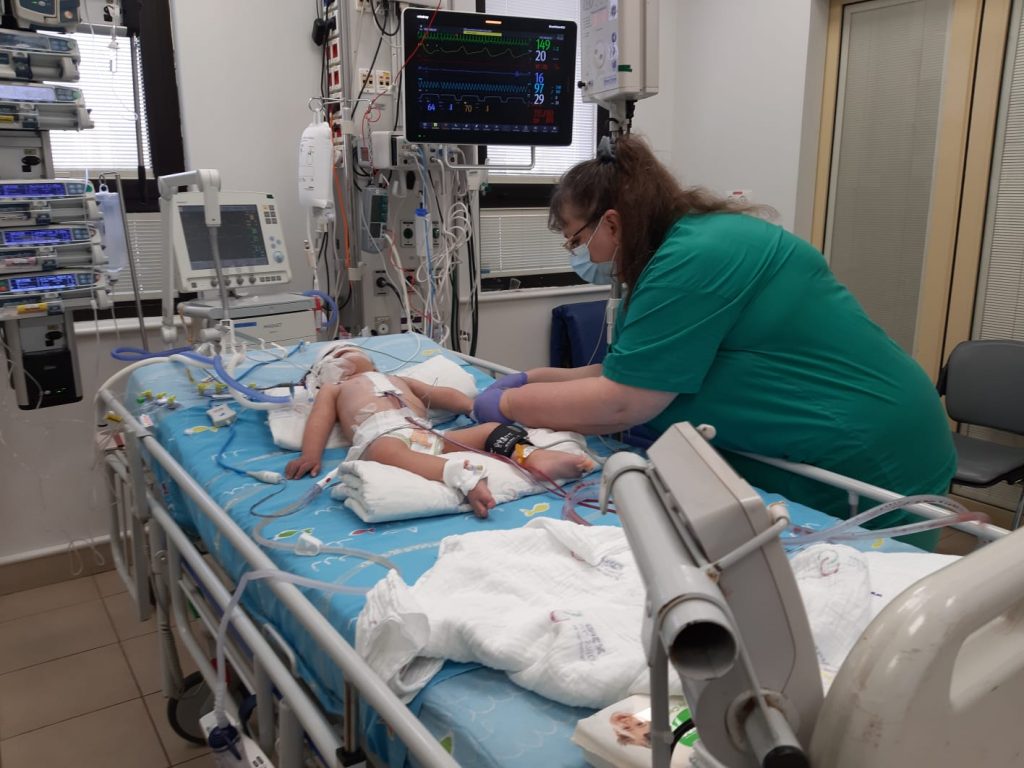 We had to wait some time for the surgeons to finish up in the OR and for Ahmed to be moved back to the ICU, but after such good news from the doctor, Ahmed’s mom was much more relaxed. She showed me the photos and videos again, but this time with a smile. “He’s so beautiful, isn’t he?” she said proudly in Kurdish.
Ahmed is stable and recovering well after the operation, thank God. Please pray for a smooth recovery for him.