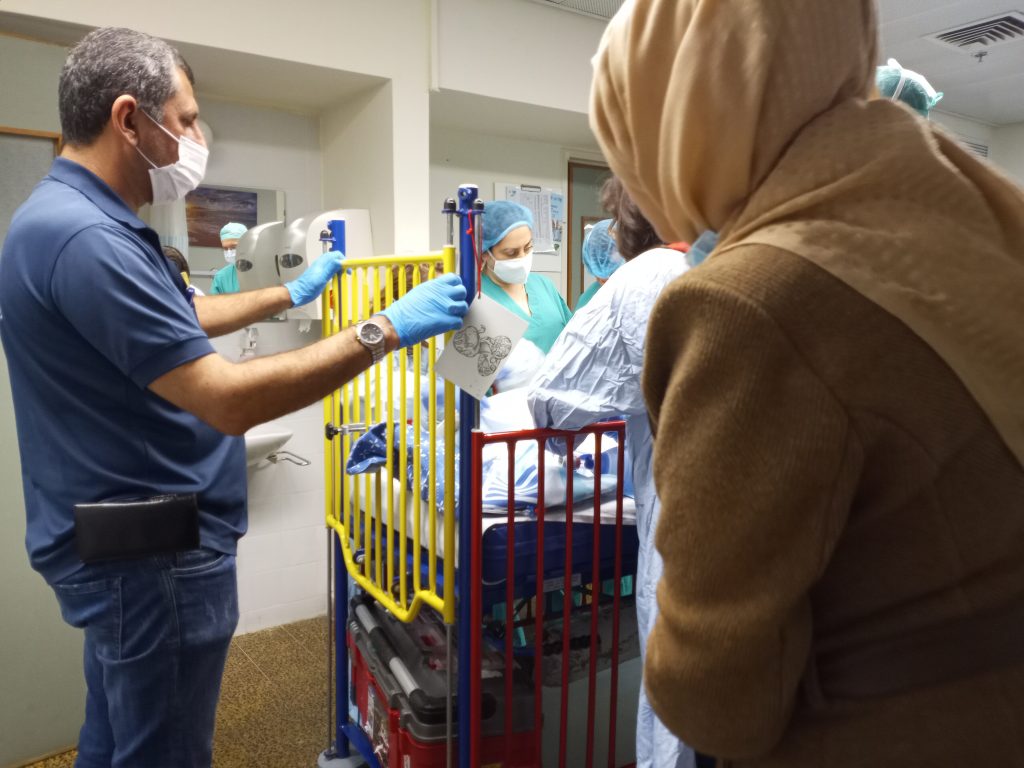 Abed went into surgery at Sheba Medical Center around eight in the morning today to help save the eyesight in his left eye. When co-worker Carina and I walked into the pre-operative area where Abed’s mother was sitting, we found her crying.  There were two nurses, one was the head nurse and could speak Arabic fluently. She was trying to encourage Abed’s mom. In the previous blog, co-worker Georgia wrote that Abed was a twin, but his brother died a week after birth, and you could tell this was in his mother’s mind as she repeated, “There is no strength except through God,” under her breath. It is an Arabic prayer.
I thought of Psalm 121, one of the Songs of Ascent for pilgrims streaming to Jerusalem:  “I lift up my eyes to the mountains—where does my help come from? My help comes from the LORD, the Maker of heaven and earth.”
The surgery initially was said to be two hours long, but it took nearly five. During this time, the staff were almost constantly coming in and out to encourage Abed’s mom. One even bought us pastries and lattes from the shop on the floor below us. As time went on, Abed’s mother showed me her wedding pictures, which were stunning. Palestinian weddings usually can last anywhere from three to seven days depending on the location, and include maybe just that number of different dresses which the bride dons throughout the days of celebration. In fact, a wedding is referred to as the “Yom Alfarah,” which translates to ‘day of joy’ in English.
She showed me pictures of her family as well. She is one of eight children, and is very close to her sisters. At one point, one of her sisters, who is closest in age to her, called to see how she was doing. Abed’s mother handed me her phone. Her sister asked me to take care of Abed’s mother, and I thought of my own sister back in the states, so I told her that I can understand how she is feeling because I have a sister and we love each other very much, but she is far away, so of course I will look out for her sister. That was the theme of our conversation: love and closeness of sisters. It made me think of Louisa May Alcott’s book “Little Women.”
At around half past noon, the surgeon and head nurse came to speak with Abed’s mother. Praise God the outcome of the procedure, called a Lensectomy, was successful. He will have a check-up tomorrow to make sure of the results. In three to four years, he will have another surgery where they will place a permanent artificial lens in his left eye. The doctor was eager to have Abed’s mother understand that he has performed this operation for many children who now lead normal lives. However in the case of Abed’s right eye, there is now nothing they can do to fix its vision. 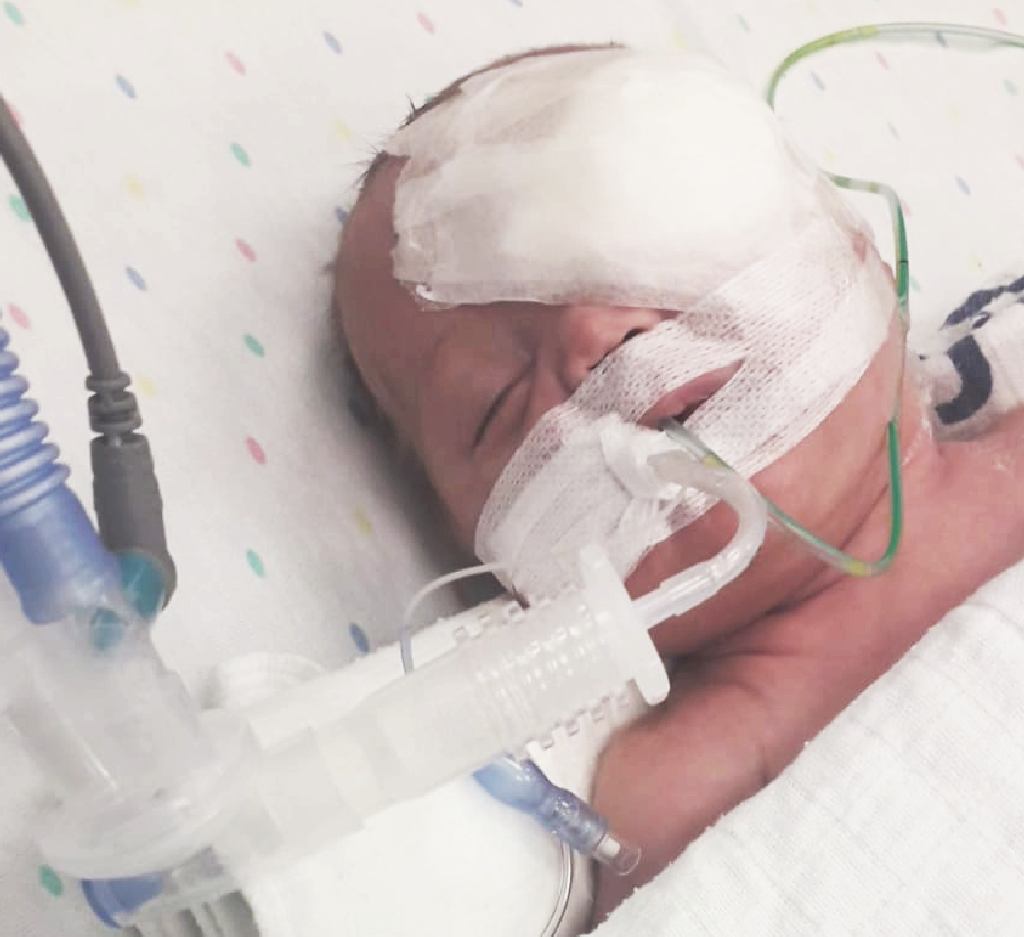 His mother breathed a sigh of relief when they brought him out of surgery. She covered him with a blanket she had brought from home, and followed as they wheeled his crib down the hall, into the elevator, and out the doors of the Ophthalmology building into a transfer vehicle. Less than five minutes later, we arrived at the Children’s Hospital where Abed is now hospitalized in their Pediatric ICU.
Please keep Abed in your prayers as he recovers. Praise God that he came through the surgery and now his life is changed as he will be able to see.