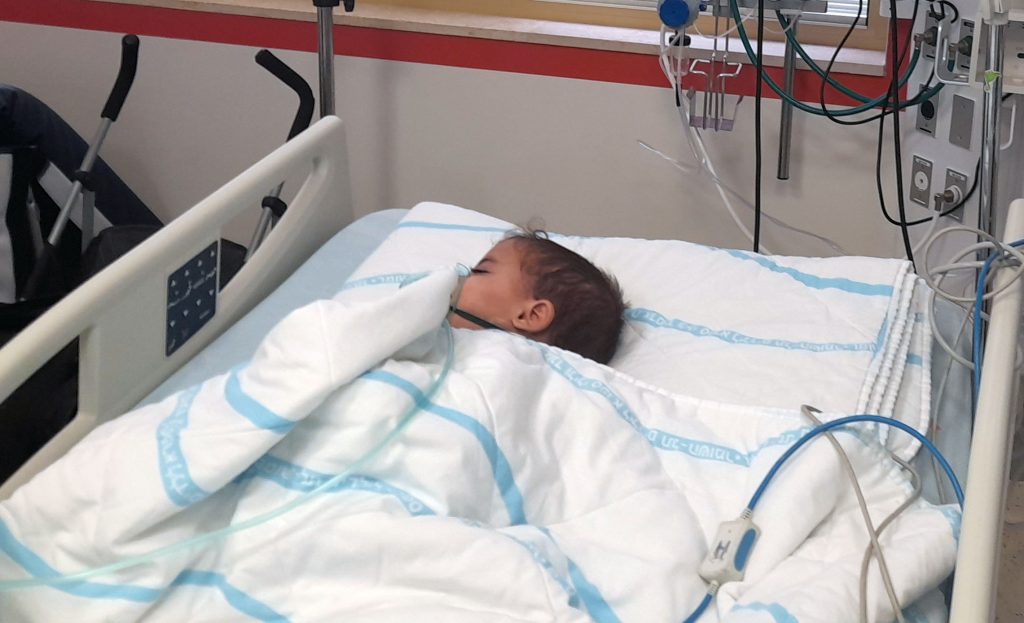 In the morning, co-worker Sabrina and I drove to Sheba hospital for Hassan’s catheterization day. Hassan’s dad was there waiting and we fond out Hassan was already inside the cath lab.
Hassan has had treatment with Shevet Achim in the past, but it was the first time I have seen his dad. As soon as I saw him, I recognized the similarity. We sat by the children’s train on the 4th floor and talked. Hassan dad’s is very nice and likes to speak about languages. 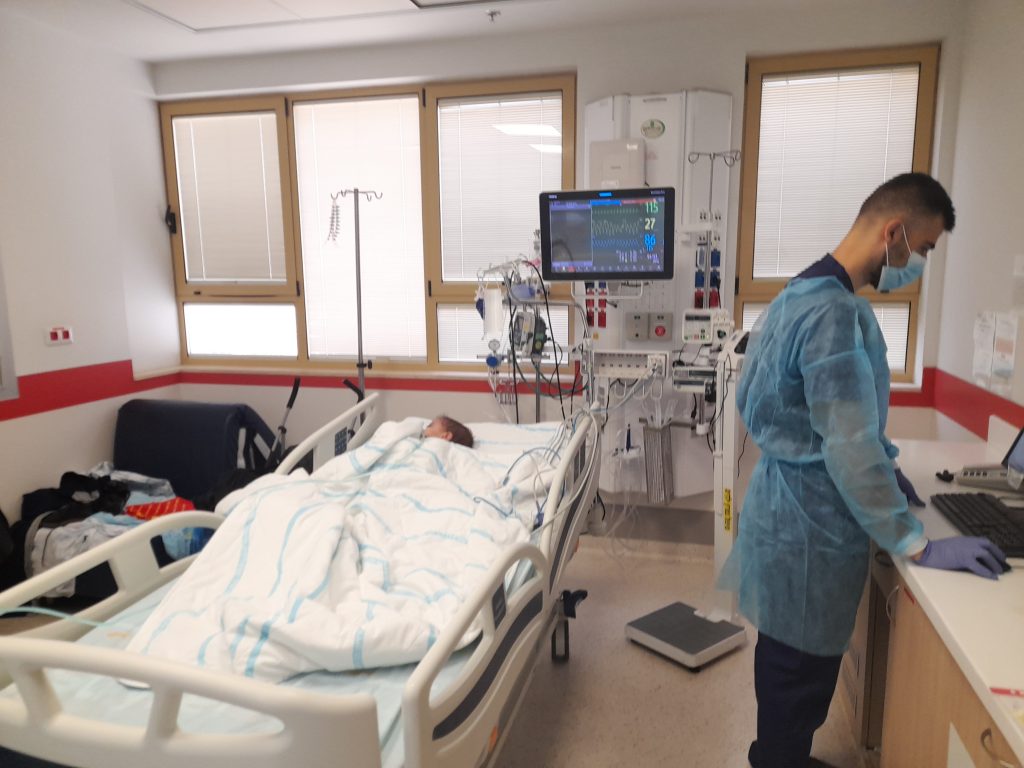 Later, Hassan came out of the catheterization. The attending doctor told us that in the past, Hassan’s lungs artery was dilated for thrombosis, but today it remained open without thrombosis. He also told us that the stent inserted in the past has become small because Hassan is growing. The doctor expanded it with a six millimeter stent, it was a five millimeter stent before. They also made another balloon dilation on the other side. Hassan’s blood pressure is appropriate for a Fontan procedure in the future. In half a year, doctors hope to do a diagnostic cath to check for the possibility of proceeding with the Fontan procedure. 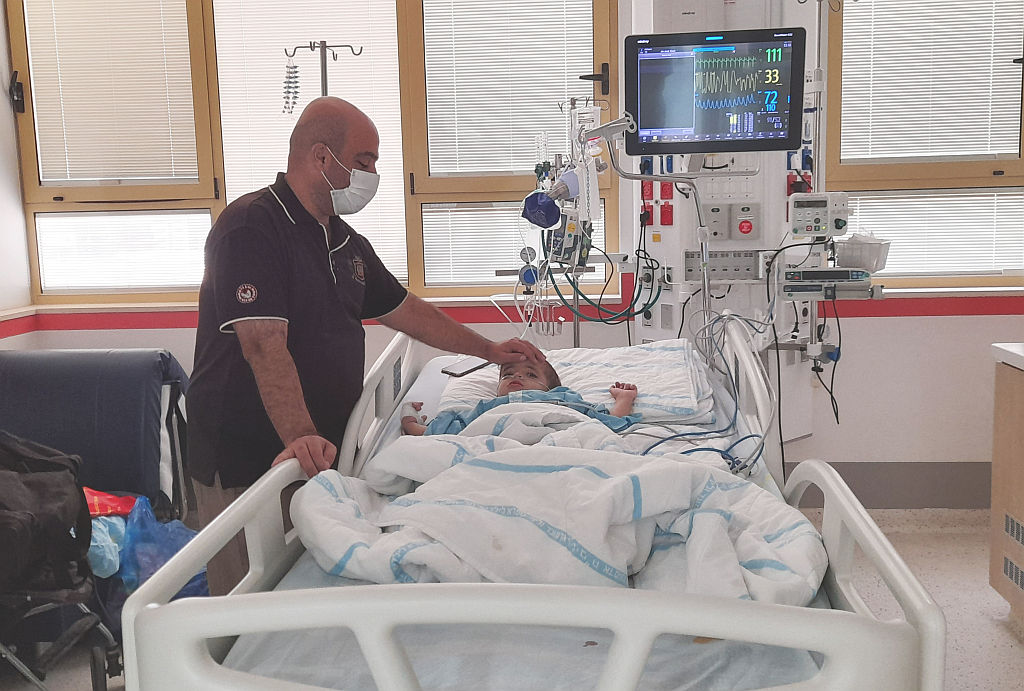 In the hospital room, Hassan’s dad was worried about the cath bandage since Hassan likes to move a lot, so he stayed by his son’s side faithfully. Hassan was trying to take off his oxygen goggles too.
Please pray that Hassan will get better and healthy and that he will be ready go back to Gaza to be reunited with his mother and his three siblings soon.