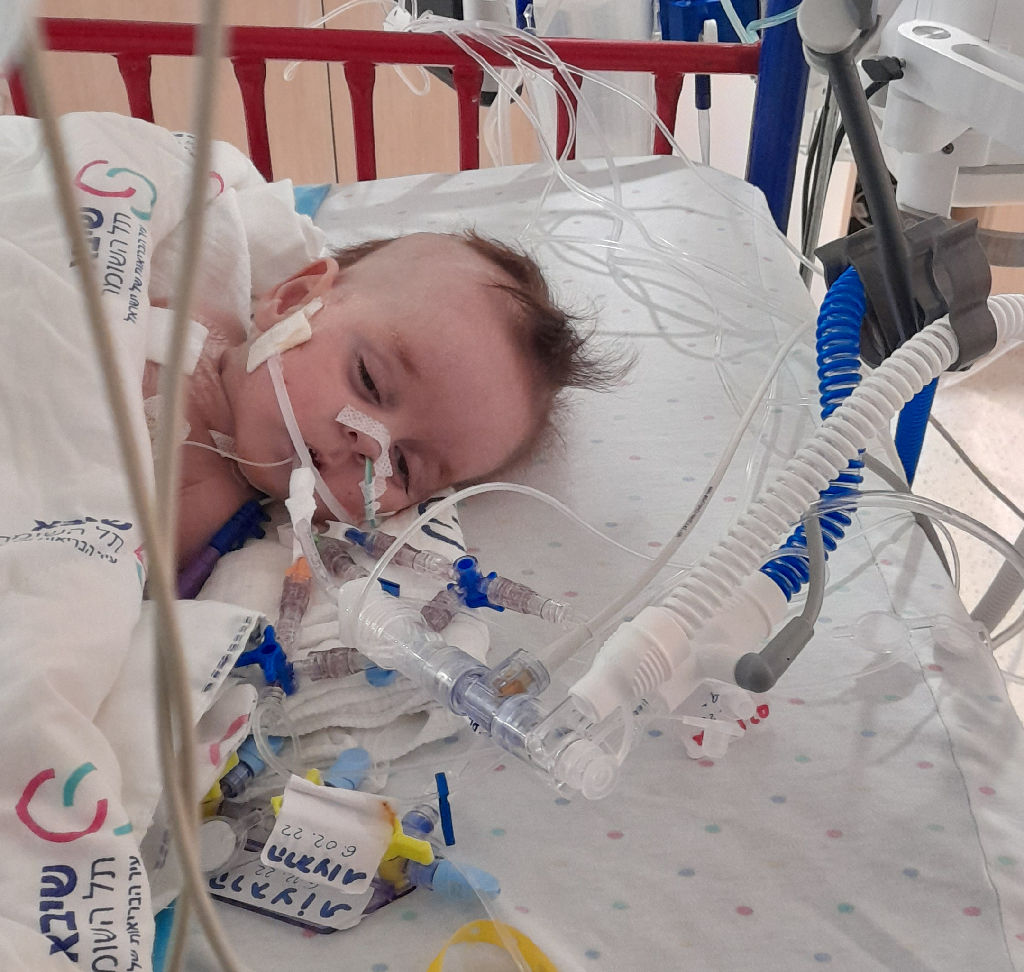 Sally is a girl from Hebron with heart problems and hydrocephalus (excess water in the heads ventricular).  Her dad said that after she was born, they did a test for her to diagnose hydrocephalus. The doctors at a local hospital didn’t agree with the results of the diagnosis, but Sally’s dad insisted and finally Sally came to Sheba, where the diagnosis for hydrocephalus was indeed accepted. 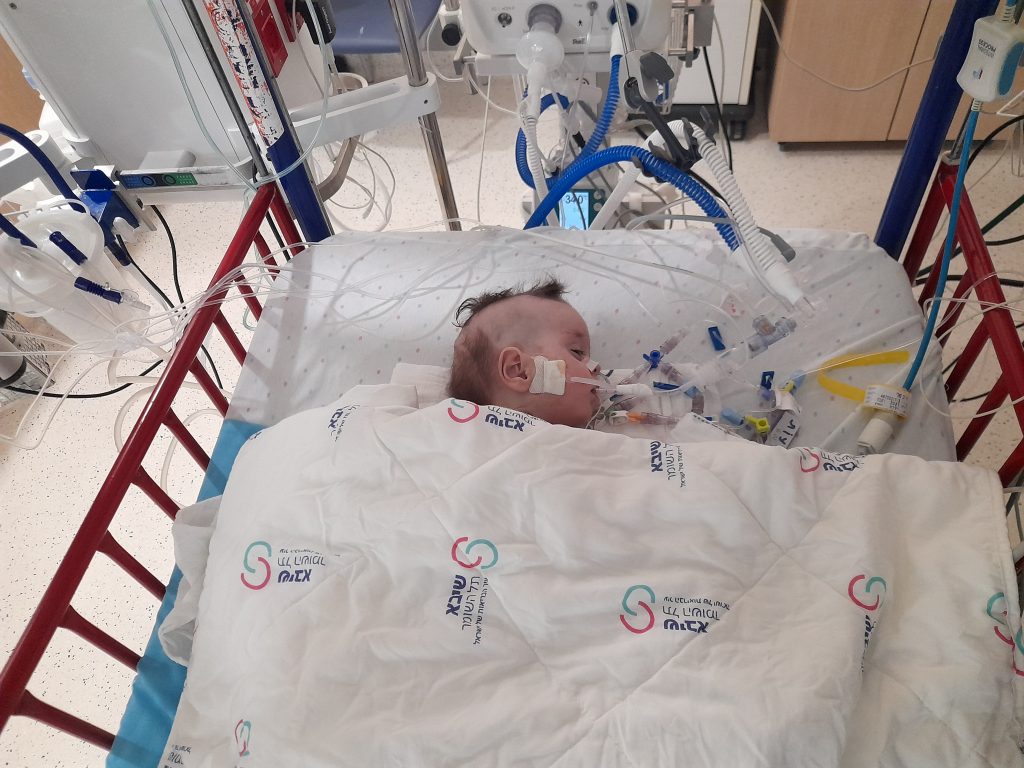 I told him it is a good thing that they didn’t  give up on their daughter. 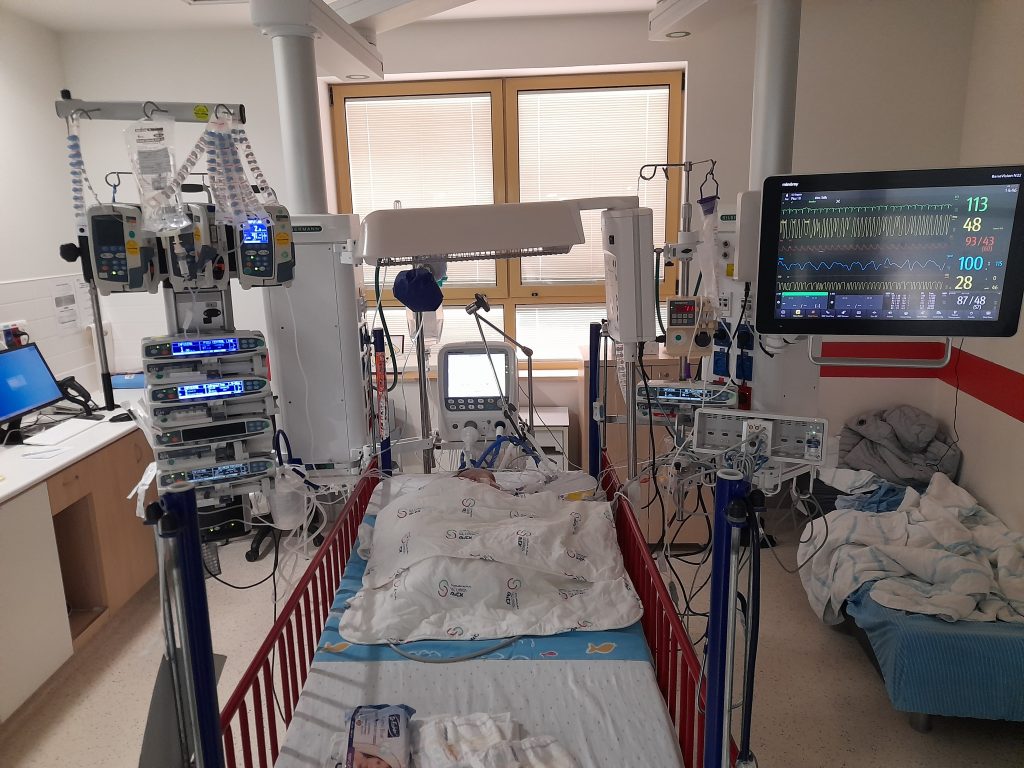 The doctor said there was a risk of a bacterial infection in Sally’s blood.  In addition, the drain from her head drained too much fluid (csf) from the head, so they closed it.  There is now an expansion of the brain chambers so the team wants to replace the shunt button tomorrow morning.  Sally is still intubated.  During the conversation Sally looked around with curious and alert eyes.
We hope Sally will feel well and be cured of her various problems and be able to return home to Hebron.