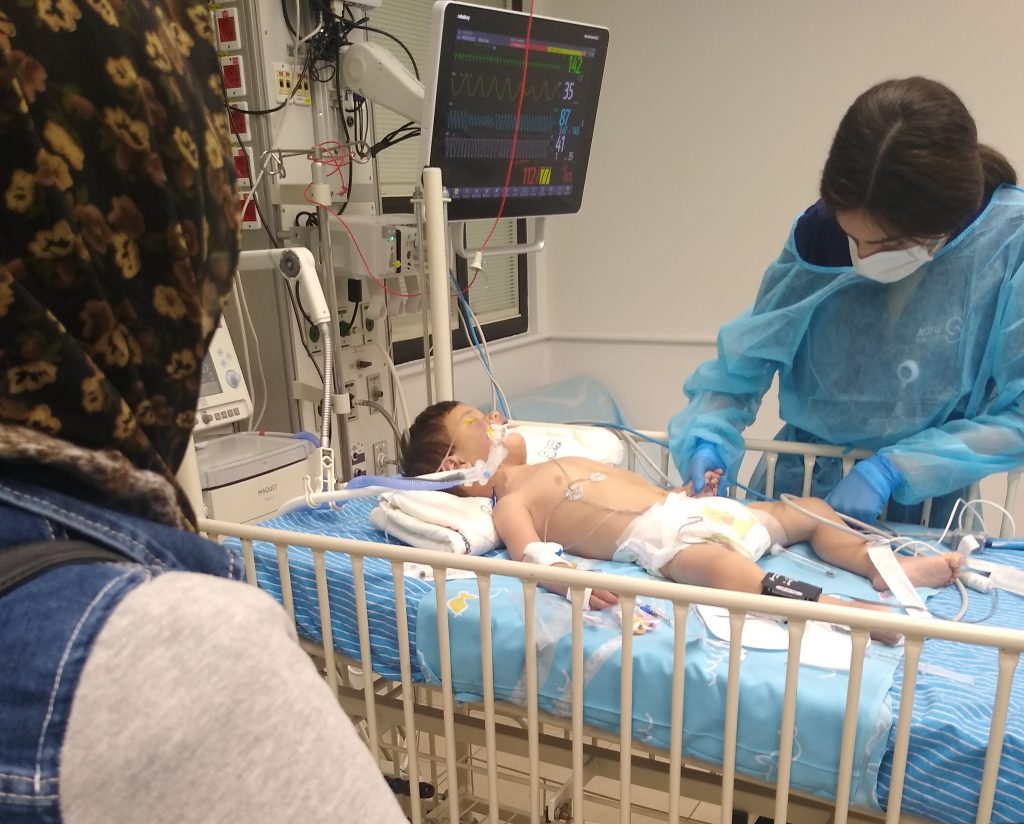 Fayez had a catheterization this afternoon at Sheba hospital to investigate the cause of the deterioration in his heart condition. Fayez’s heart is very weak and the doctors found that some of the valves in his heart are allowing some regurgitation of blood.
The cath was a difficult one, and Fayez had to be resuscitated once during the procedure. However, the doctors were able to dilate several arteries to allow better blood flow, and Fayez is now stable and recovering in the ICU. 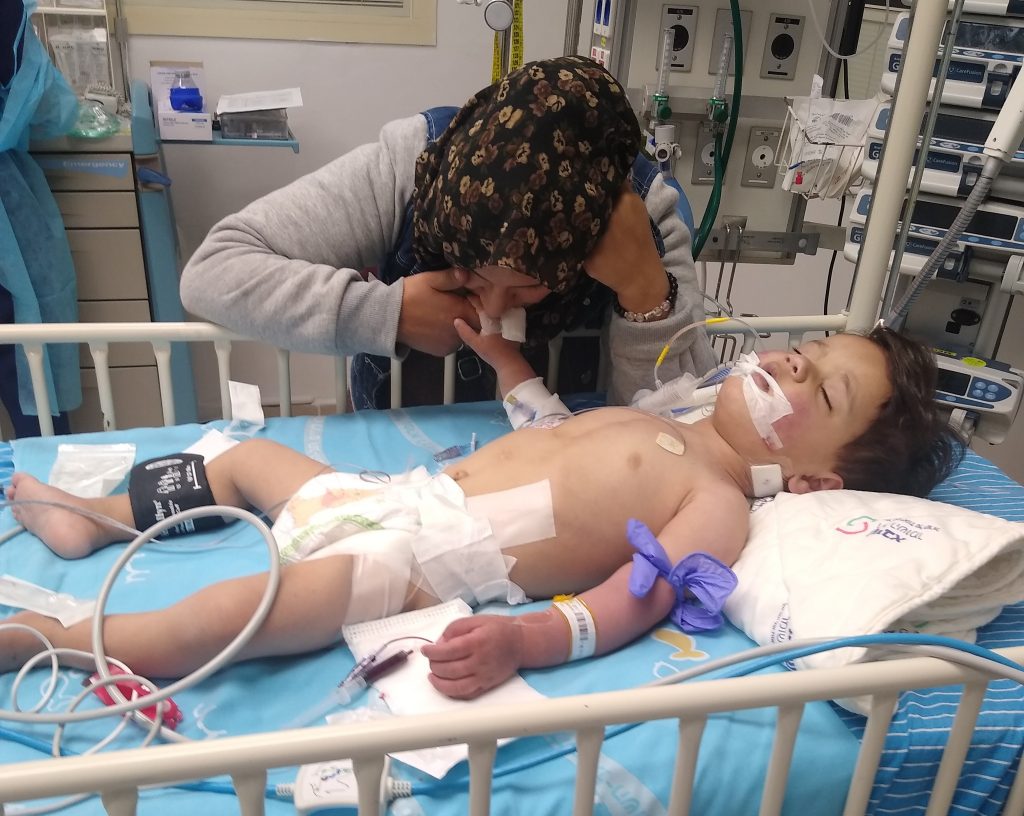 During the procedure, Amelie waited with Fayez’s mom and they were joined by some other moms from Gaza, who came around Fayez’s mother to support and comfort her. She is still very anxious about him and is hoping that this procedure will resolve his recent problems.  We’re praying for this also.