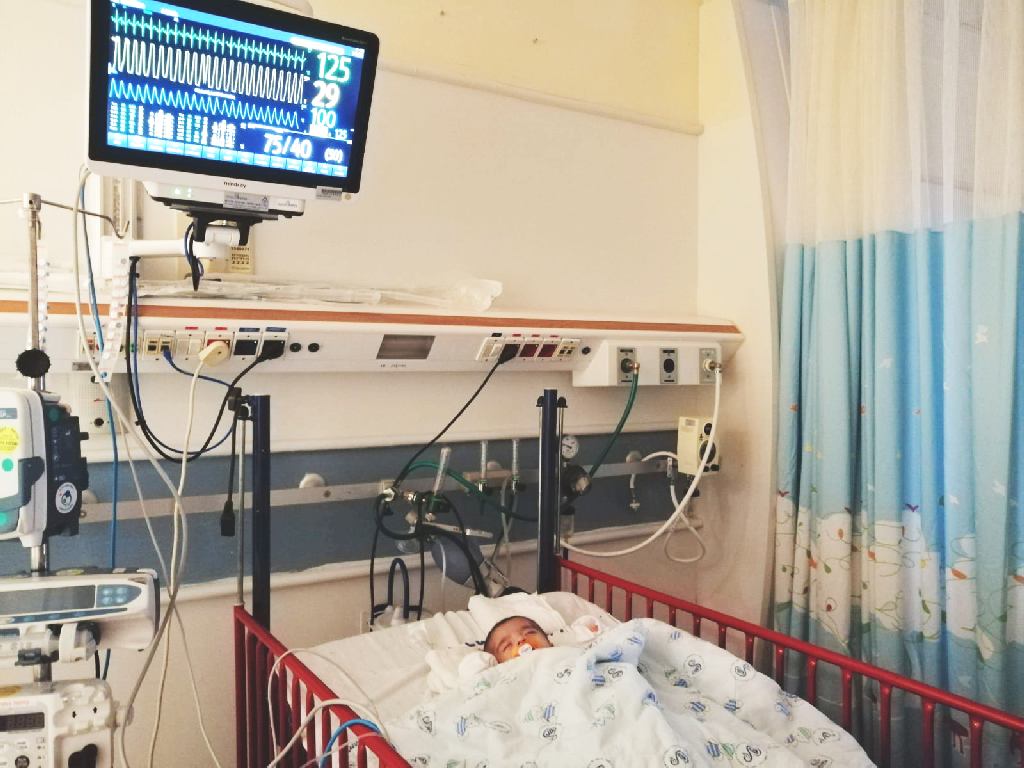 Today, Huda was moved into the Intermediate Pediatric ICU at Sheba Hospital. Her mother welcomed co-worker Georgia and I into her new hospital room and was so excited to show Huda to us, especially because we could read in the monitor that Huda’s oxygen was 100% without any supplementary support.
While we visited them, Huda’s mother had Viber calls from her husband whom we were able to meet. Afterwards, Huda’s mother remarked that Huda’s father is calling often to see how his first and only daughter is, and they are both so thankful for her progress. 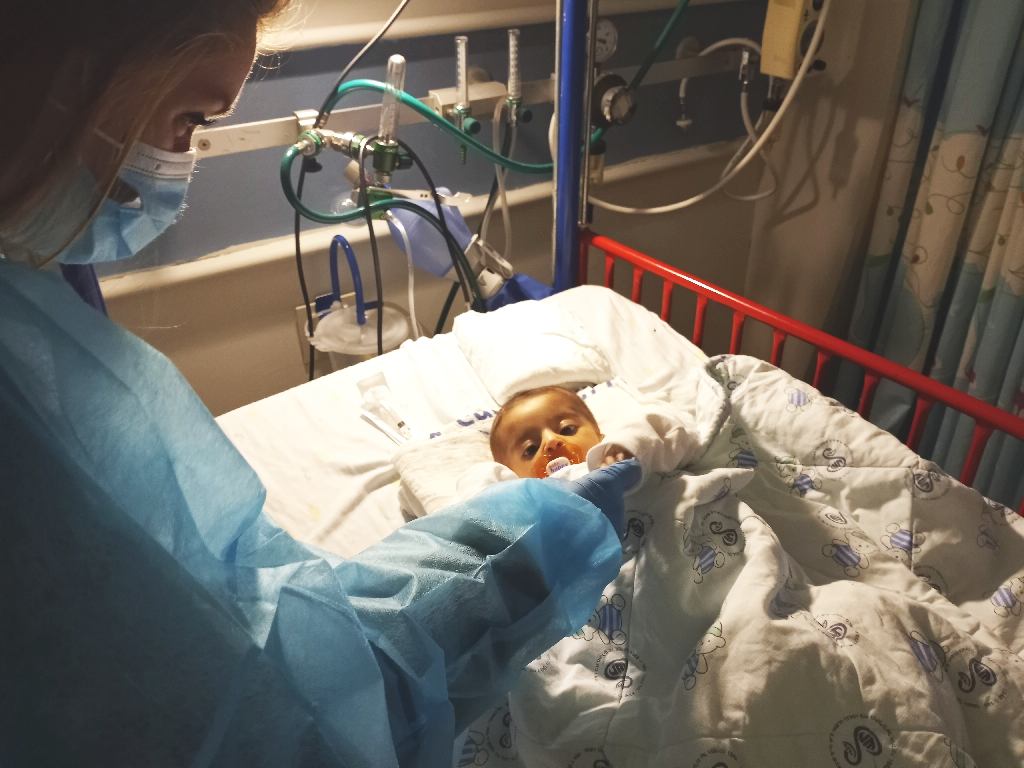 As we visited, Huda was slowly waking up from a nap, and her mother brought us over to her crib. She became focused on playing with Georgia’s glove for a few minutes before we left.
Thank you all for praying for Huda, it is very good she is moved down to the Intermediate ICU level and God willing she will be well enough to return to our Jaffa community home next week!