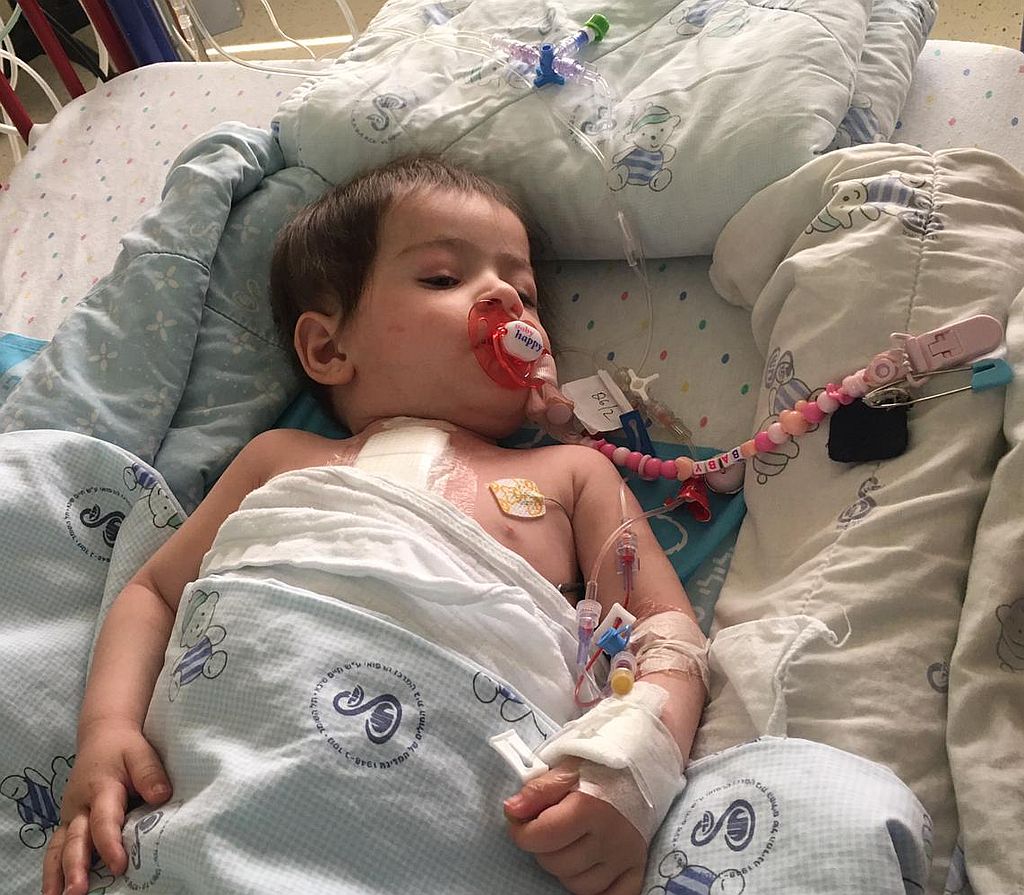 As I was about to enter little Iman’s room at the children’s cardiology department of Sheba Medical Center, the head of the ICU stopped to talk to me about Iman’s mother. He was very worried for her and felt that she might be a bit lonely and perhaps in a depression. He asked if we could do something to support her a bit. My heart was sad to hear this because usually Iman’s mother is such a joyful and positive person. Yet she is missing her husband a lot and of course is worried about Iman.

The doctor also told me that Iman is doing very well and they  extubated her today (one day after surgery) that is awesome! Then the doctor asked me more about the work Shevet Achim is doing and showed a lot of interest in that. Again I felt very thankful and blessed to work for Shevet Achim and for building God’s kingdom through this work.

When I entered Iman’s room I could see for myself that Daiki Iman isn’t in such a good mood. Indeed she was happy to see me but her face was very absent and she didn’t talk. Fortunately, another Kurdish mother, little Halbast’s mother was in the hospital for his discharge.  I sent Iman’s mother to her to chat and sit together for a while.

In that time, I was standing next to Iman’s bed singing for her and playing with her. She was very opened up, grabbed my hand a lot and played with it. I was really happy to see her in such a good mood.
My singing put her to sleep. Her mother came back after a while in a cheerful disposition which I was very happy about.

She is still going through a hard time. My prayer is that she will see the good in all of this and feel God working. Please pray that we can give her the support she needs. Also pray that Iman will carry on getting better and better.