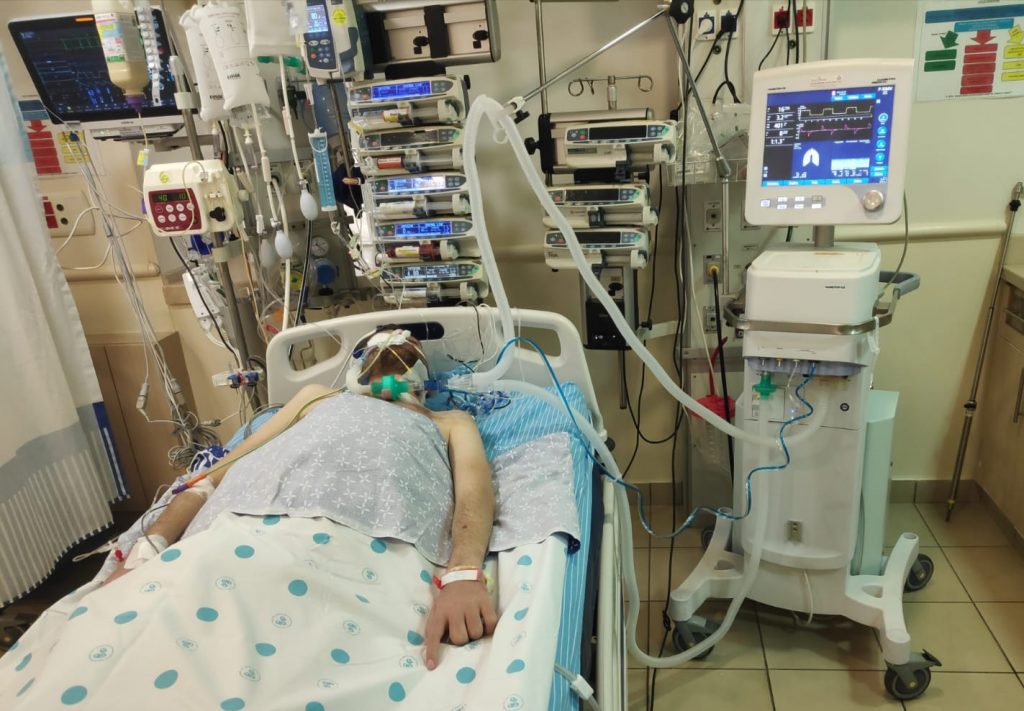 Since we heard last night that Alaa was moved to the cardiac ICU, I called the department in the morning to see if they could tell me something about what was happening to Alaa. It was a surprise to learn that he has been put onto the ECMO device again. I was told that “something happened” last night with Alaa, although there was not an answer yet of what exactly has caused it, but that he had experienced cardiogenic shock. For this reason, he was put on the ECMO to allow his heart to rest. [Later we received a detailed report showing Alaa is in critical condition due to heart and kidney failure, with candida growth in his heart and sepsis]. 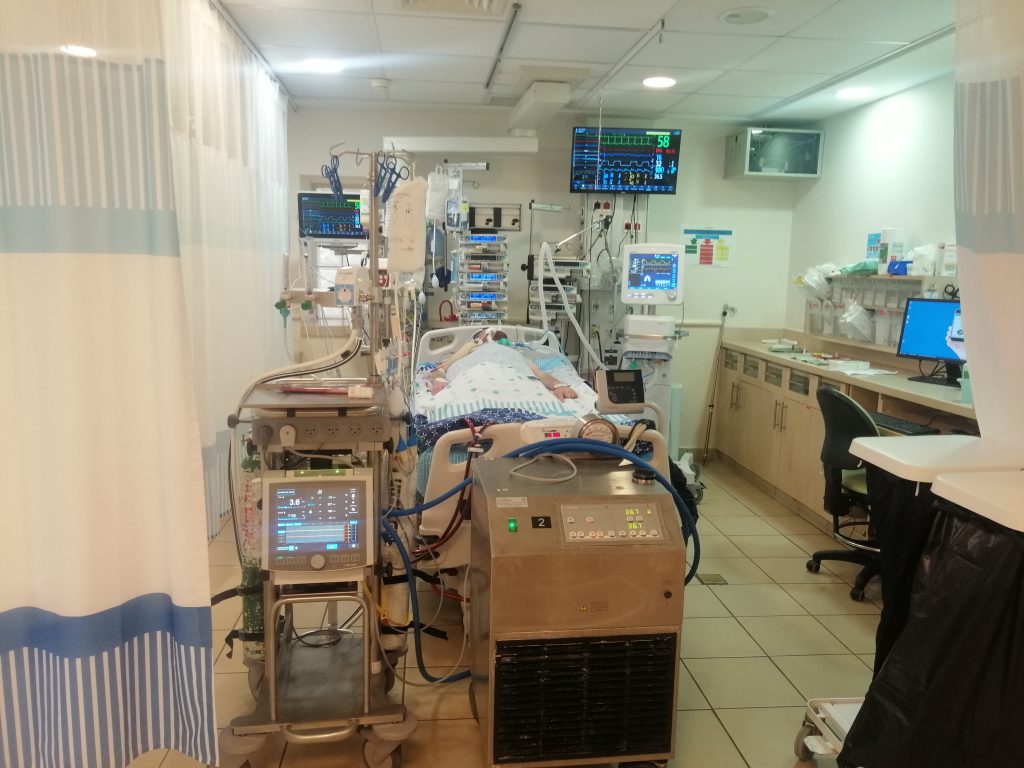 Alaa has been alone in the hospital for perhaps two weeks now. He was recovering so his uncle returned to Gaza with his own health concerns. It is difficult to try and imagine how it was for Alaa last night, perhaps knowing that he would be put onto the ECMO. The department staff started to talk about bringing someone from his family to be with him.

Later in the day, co-worker Sabrina and I visited him in the ICU. The staff were kind and accommodating to us, and reiterated that he is really not in a good condition, although the machine is keeping him stable for now.

Please pray for Alaa, that God will be with him.