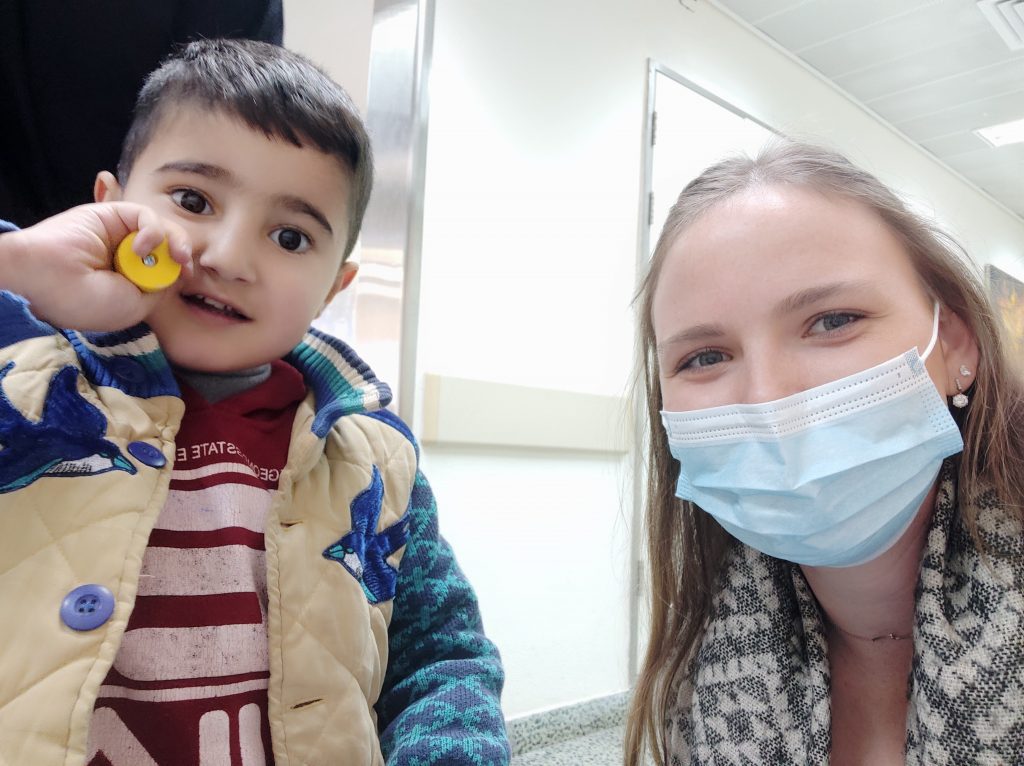 It is always fun to go to medical appointments with Meer and his father.

Meer is a really happy little boy, who enjoys playing a lot. He had to go to Sheba Medical Center today for another blood test and to see the hematologist, as his INR levels are still not in the right range. 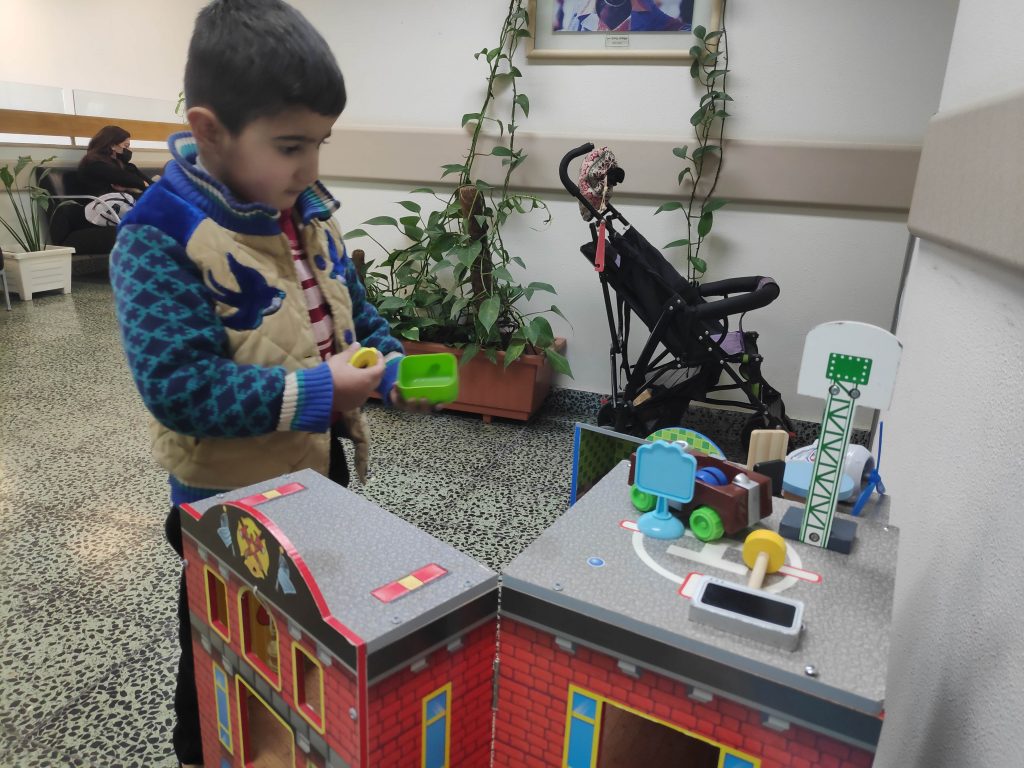 Meer played with the toys in the waiting area, which made the waiting time pass by more quickly. The doctor was kind and gave Meer a toy car which Meer liked a lot and was busy playing with for much of the time.

Meer had to do an INR test, which was the only time that he cried today, as it involves a finger jab. But he calmed down shortly after.

The outcome of today’s visit is that there is a change with one of the meds for Meer, a med that helps to arrange his INR levels. Incorrect INR levels seem to be the only thing keeping Meer and his dad here right now. Meer’s father is eager to go back to Kurdistan because of his work and family. The cardiologist said if the INR levels are something their doctor in Kurdistan could work with, then Meer could theoretically be discharged. Please pray for that.

Meer will see his cardiologist in the next coming days and she will make an informed decision regarding a long-awaited discharge to Kurdistan.