This afternoon Ayan was taken into surgery to widen his narrow coronary arteries, a procedure that, given his state, was dangerous for him. With each surgery, parents have to wait it out. It’s hard to summarize the waiting time, but it often looks like it did today for Ayan’s mother. Every time the OR door opened, it jolted. The jolting door gets added to the parent’s constant concern that the doctor would come out and give the worst news. Maybe parents would hear the telltale beeping of the many monitors becoming louder. Today, when we heard the door jolt, and heard the beeping of monitors getting louder, and then saw little Ayan coming out on the wheeled bed, his mother cried from relief, a relief of pent-up anxiety that I can only begin to imagine. 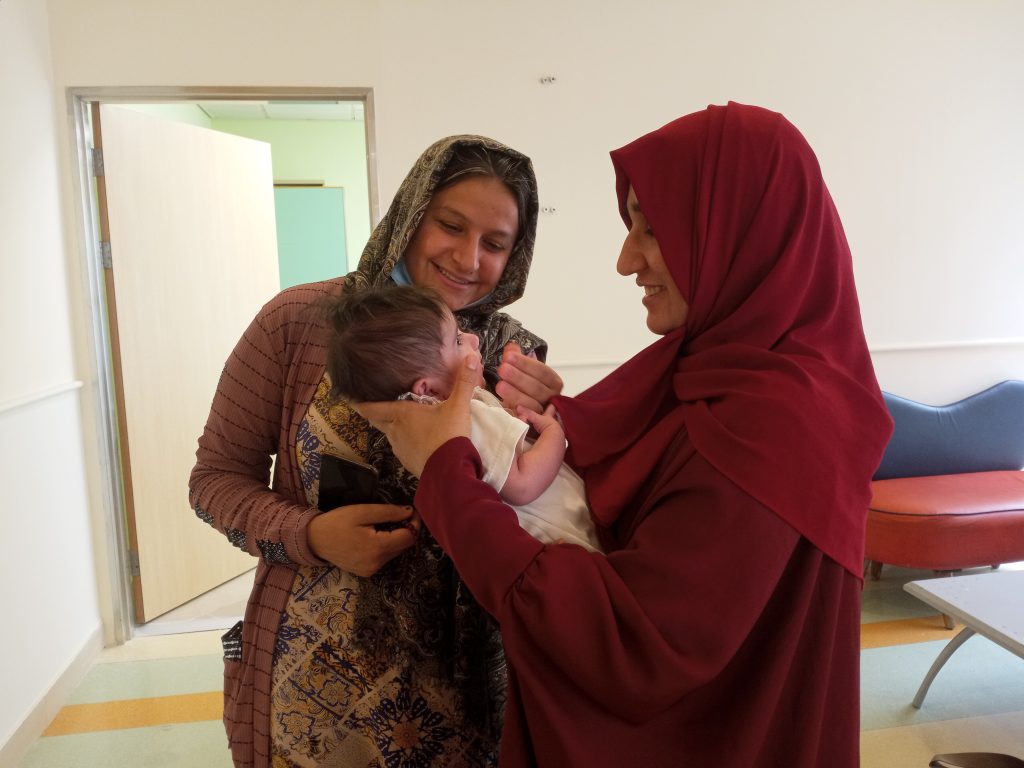 Earlier, a Kurdish family came to the hospital for an echo, and Ayan’s mother (pictured in red above) immediately went over to hold this baby who is around the same age as her own. This is something she and also the mother of another child on ECMO often say, that they miss holding their babies. 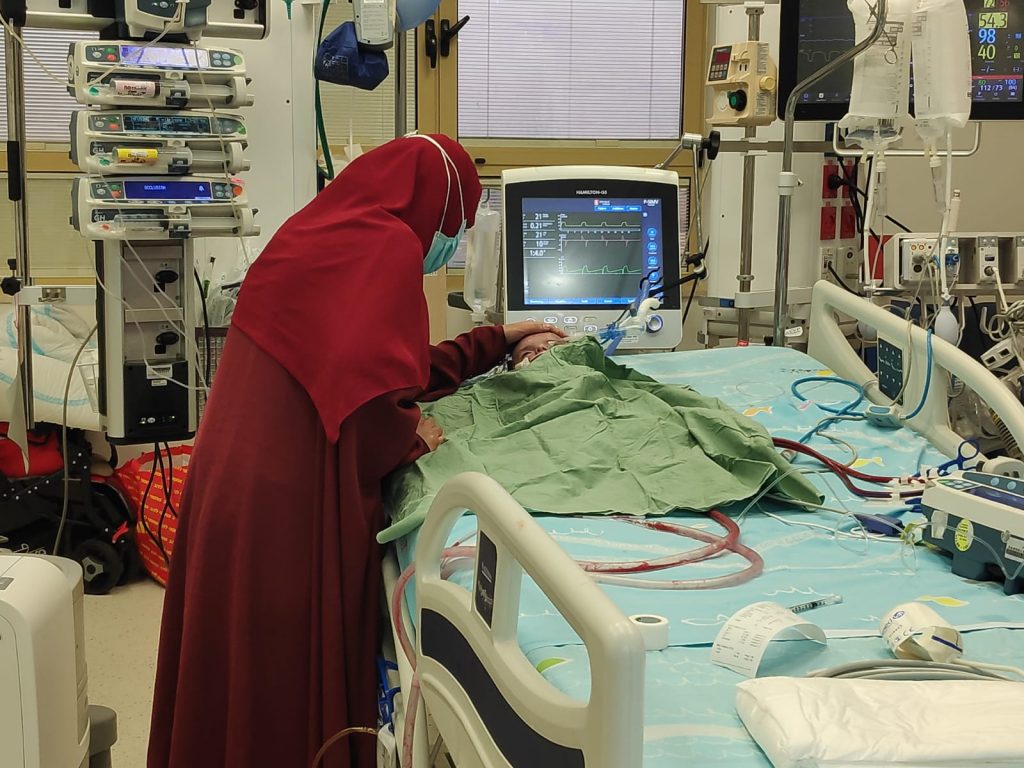 Once Ayan was stabilized in his room, one of the ICU doctors asked if his mother would like to come to see him. As Ayan has been with his chest open, seeing him has been too difficult, but this doctor, upon hearing this, offered to pause everything, cover Ayan’s chest, and give her a few minutes to go in and see his little face. Such intuitive care and compassion is profoundly moving on the part of the doctor.

Co-worker Sabrina went with Ayan’s mother to his room for these few minutes, and captured this precious moment which I hope will move us to pray for this beautiful boy and his remarkable mother, and to be thankful to God for the concern and sensitivity of the doctor and surrounding staff.