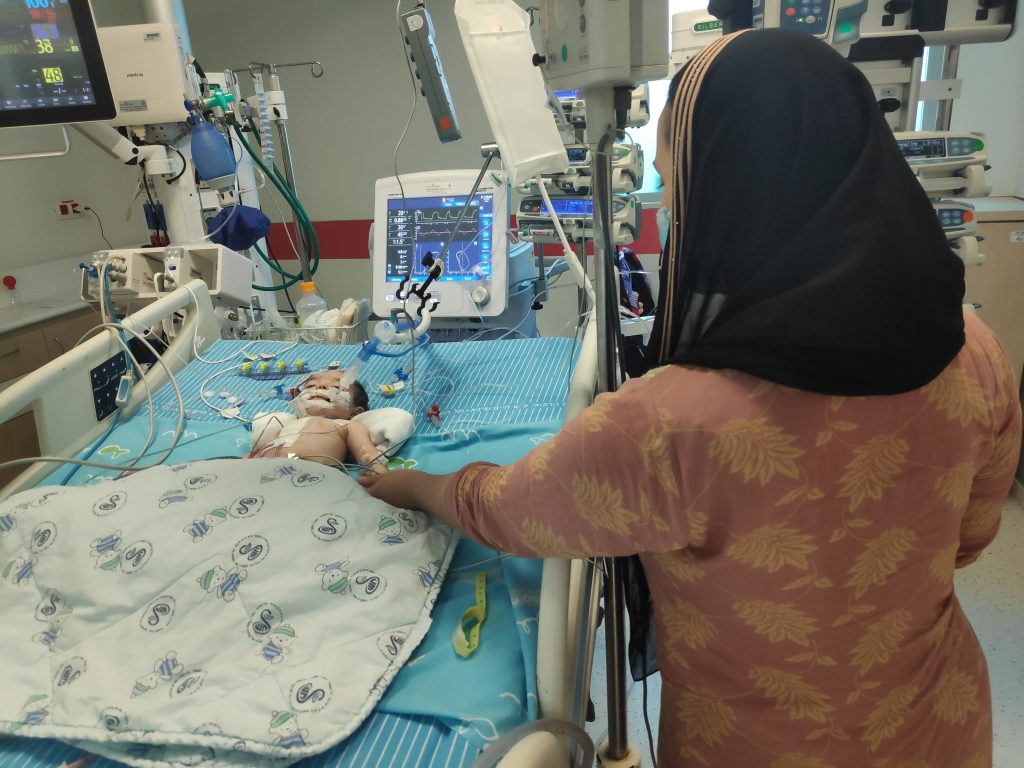 Doctors performed the second of two needed surgeries for little Lava today. It was a big surgery, the great arteries switched, for this small girl. Lava’s surgery was moved to 8:30 a.m. The  surgery was around three and a half hours.
During the waiting time, Lava’s mother was joined by another Kurdish mom whose child had surgery yesterday.  Also some of the other mothers who had appointments at the hospital today joined her for some time. It was a nice waiting time spent together.
After the surgery, one of the doctors came out to tell us that it had gone well. The doctor said, “Bascha,” which means good in Kurdish. They had to close her chest at that point. Lava’s mother cried tears of relief but  also of worry for her beloved daughter.

Lava finally came out of her surgery completely an hour and a half later. Her mother cried when she saw Lava on the bed with wheels coming out of the OR and said, “I want to hold her.” I can only imagine how hard it must be to see one’s little daughter in that condition after her surgery and wanting to be there for her as close as she can be.
They took Lava back to the ICU and there it took them another hour to stabilize little Lava so continued waiting. We learned about patience, which Lava’s mother already knew well. When she could finally go inside the recovery room to see her little baby girl, she was happy and immediately went to the side of Lava’s bed to hold her tiny little hand. She loves Lava with her whole heart.
Thank God this surgery was successful. Please pray for a good recovery for cute Lava now as it can be difficult after such a big surgery. We ask God for Lava’s mother as well, that he may give her strength and patience as it is not easy for her to see her beloved daughter in that condition attached to all the tubes and wires and monitors.