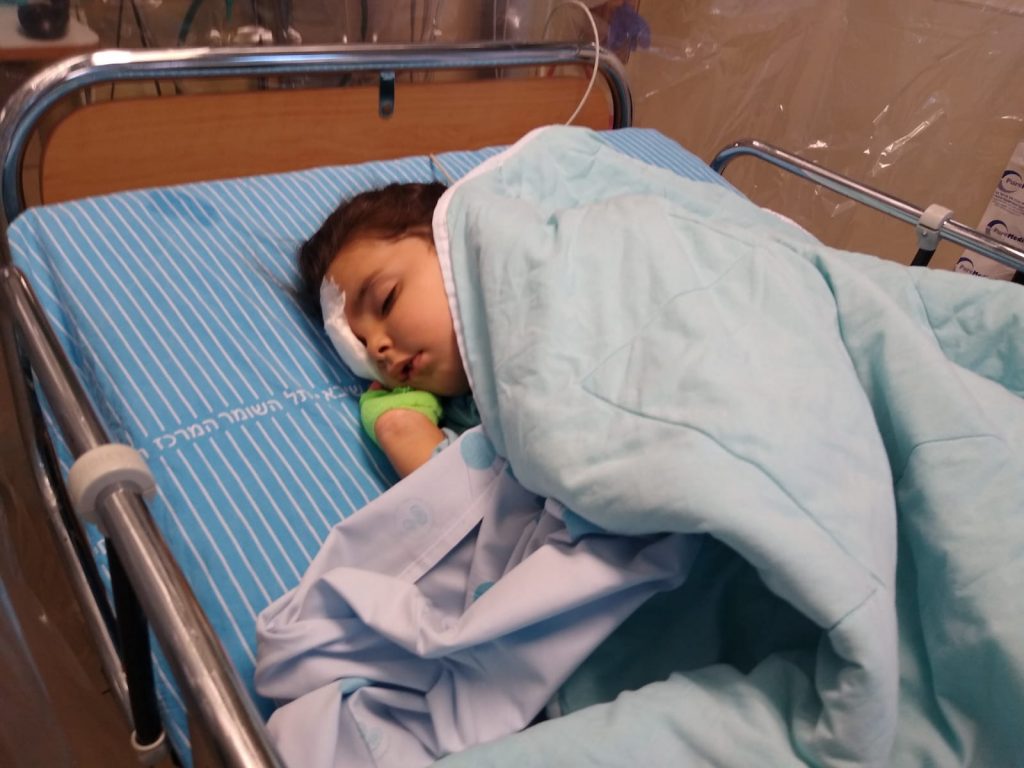 Leen’s surgery lasted about one and a half hours and went well without any complications. The doctors decided to operate on only one eye for today. In the waiting time that I’ve spent with Leen’s mom and coworker Georgia, Leen’s mom was busy answering messages and calls from family and friends, all of whom lovingly told her that they were thinking of her and praying for Leen.

After some time, we went together to a supermarket (there is one in the hospital) to buy snacks and juice to make the time go by faster. Even an hour and a half can seem like a long time when you’re waiting for good news.

Just before the surgery was completed, Leen’s mom became very nervous and restless, which was manifested by tapping with her legs and tapping with her fingers. Unfortunately, I could not say any words of comfort or reassurance to her, as I do not speak Arabic. However, I think it was good to just be with her and hopefully make the waiting time a little more bearable. 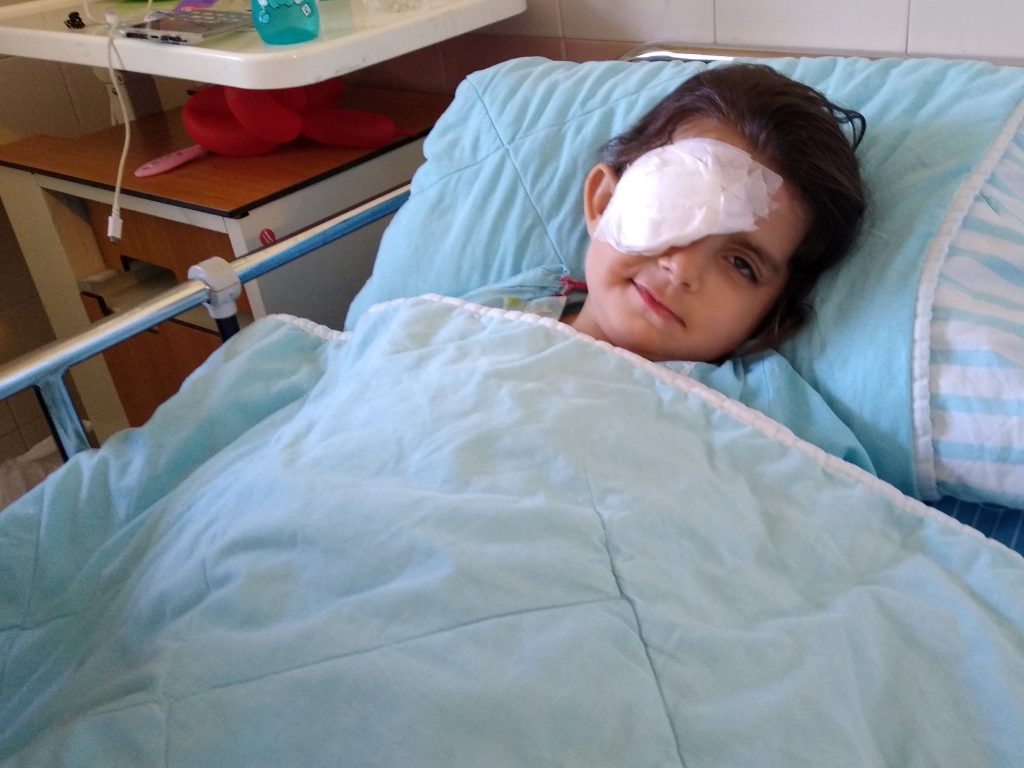 Leen’s mother was filled with joy when she was finally able to go in and see her daughter, still sleeping in the recovery room. Her own ambulance then drove Leen back to the eye clinic, where she settled back in to rest, but not before her mother coaxed a first smile from her. 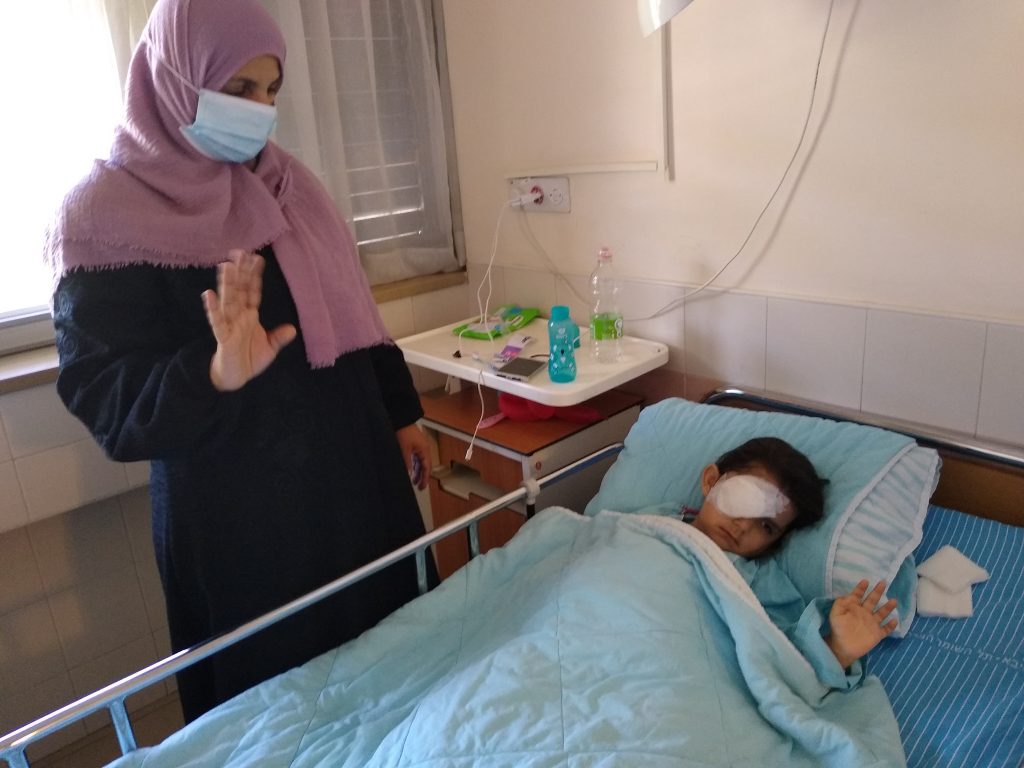 Leen’s mother and father were both profoundly touched and so grateful that this day has finally arrived. We joined with them in giving thanks and glory to God for his lovingkindness to us all, before Leen waved us out the door: