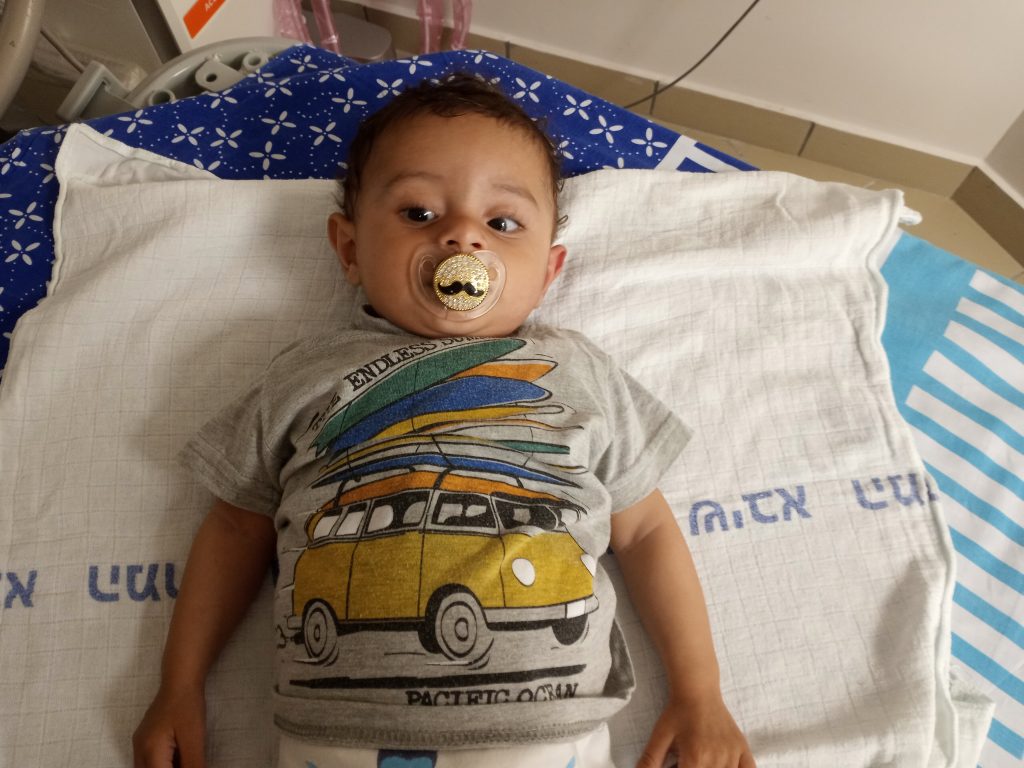 Shadi visited the orthopedic clinic today to have his a hip followed-up. He had a problem at three months old in Kurdistan, that needed to be checked via an x-ray and sonar, a few months later.
Because he is here, doctors at Sheba Medical took note of his mother’s question during his hospitalization for his catheterization a few weeks ago, and wrote a relevant referral to the orthopedic clinic.
After the x-ray and the sonar, the orthopedic doctor saw that his legs and hips are completely fine now, and he does not need further evaluations. It was good for his mother to hear this and have one less thing to worry about for her boy.