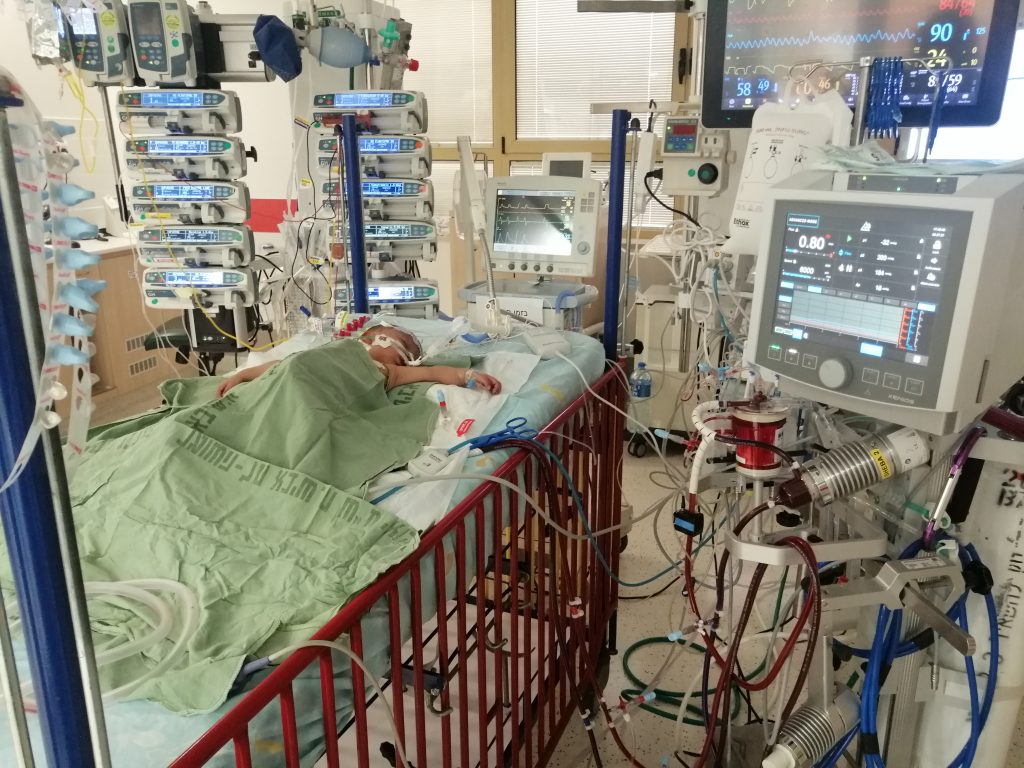 Sulaiman has remained in a stable condition at Sheba hospital over the weekend, so we hear. He remains on the ECMO, and with a lot of medications. The recent echo showed that his heart function, specifically the left ventricle, is not much improved, as much as the doctors had hoped for by now.

His mother understands that his heart is quite weak, and she is understandably worried, especially after witnessing the death of another Kurdish baby at the end of last week, who suffered with the same heart defect as Sulaiman.

For me, it was chilling as we re-entered the doors of the ICU, and walked past the room where together we had previously watched that mother grieving the last minutes of her baby’s life. We stood outside the room of Sulaiman, and for Sulaiman’s mother, feelings must have been magnified even more so than mine. 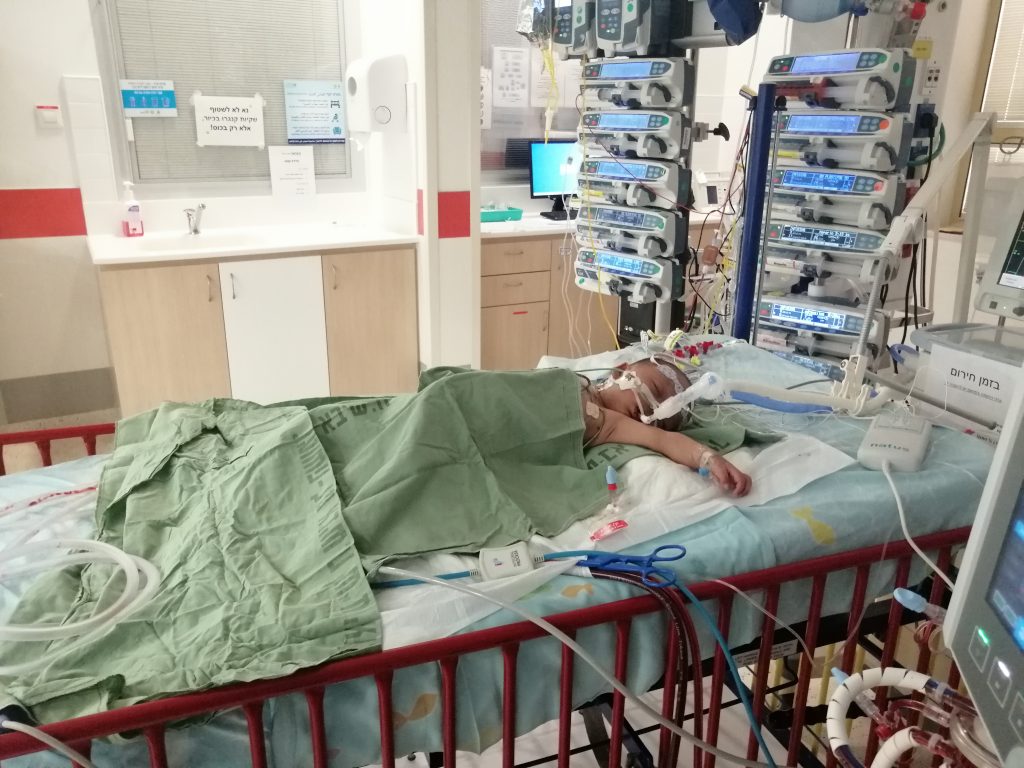 Sulaiman has been having head ultrasounds each day, as he is receiving blood-thinning medication. So far each day, these tests have come back without any anomalies.

Despite the lack of real improvement in Sulaiman’s echo, the medical team attempted to see whether it could be that Sulaiman’s heart might be ready to function without the ECMO today. They found that he is not yet ready, so he remains in his room, with his chest open, machines bleeping around him, continuing on ECMO.

His mother asked to return home to our community home in Jaffa and sleep there tonight which the doctor was in agreement with. Hopefully this ‘home away from home’ gives her a little respite.  As she left the ICU this evening, her parting words to the nurse were to please, “look after my boy.”

She is extremely worried, and we are hoping and praying for the best for her precious son.