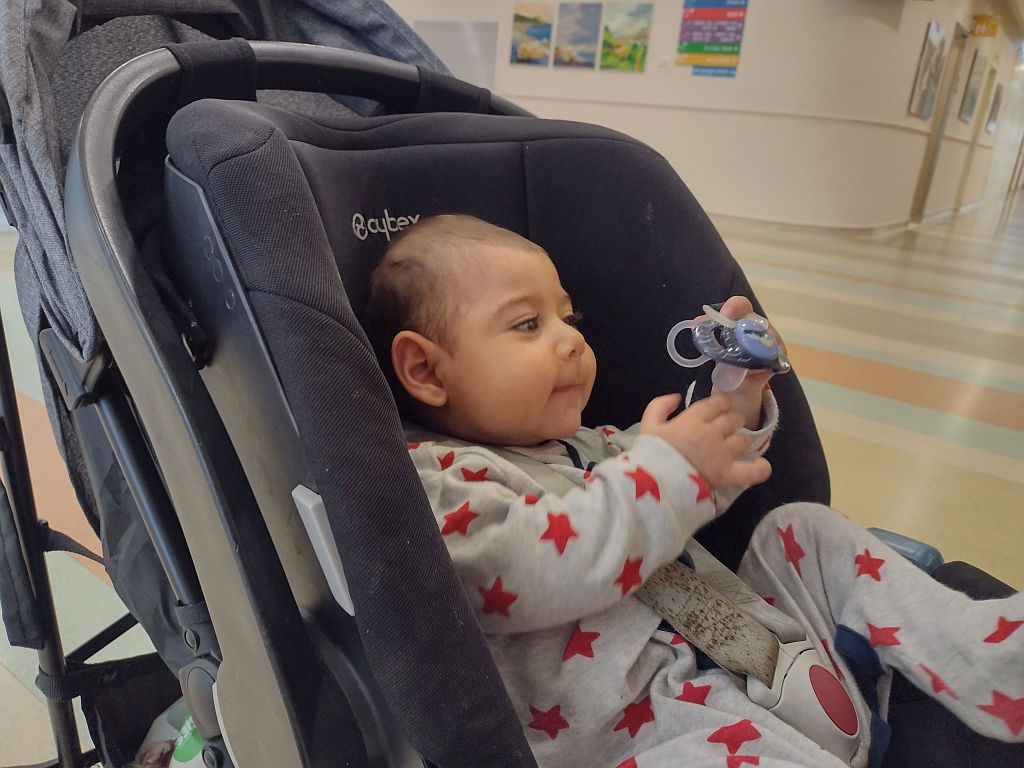 This morning coworker Jenny and I picked up little Kenan and his wonderful mother at Erez boarder crossing. He had a genetic appointment, including a blood test and a cardiac checkup, requiring an ECG and an echo. During the genetic appointment, Kenan’s mother talked with the doctor to find out more about her family and how to protect against this genetic disease in the future.

Later, after his echo, his doctor told me that Kenan still has a lot of different problems and that he still needs another heart surgery. He thinks that it is the best to have this heart surgery soon so he has one problem less and because his oxygen is still not very good. The doctors will discuss this in their next meeting. Also Kenan gained only 100g of weight since he was here two weeks ago. He will come back in one month for another echo and a dietician appointment. But for now he is stable enough to go back to Gaza. 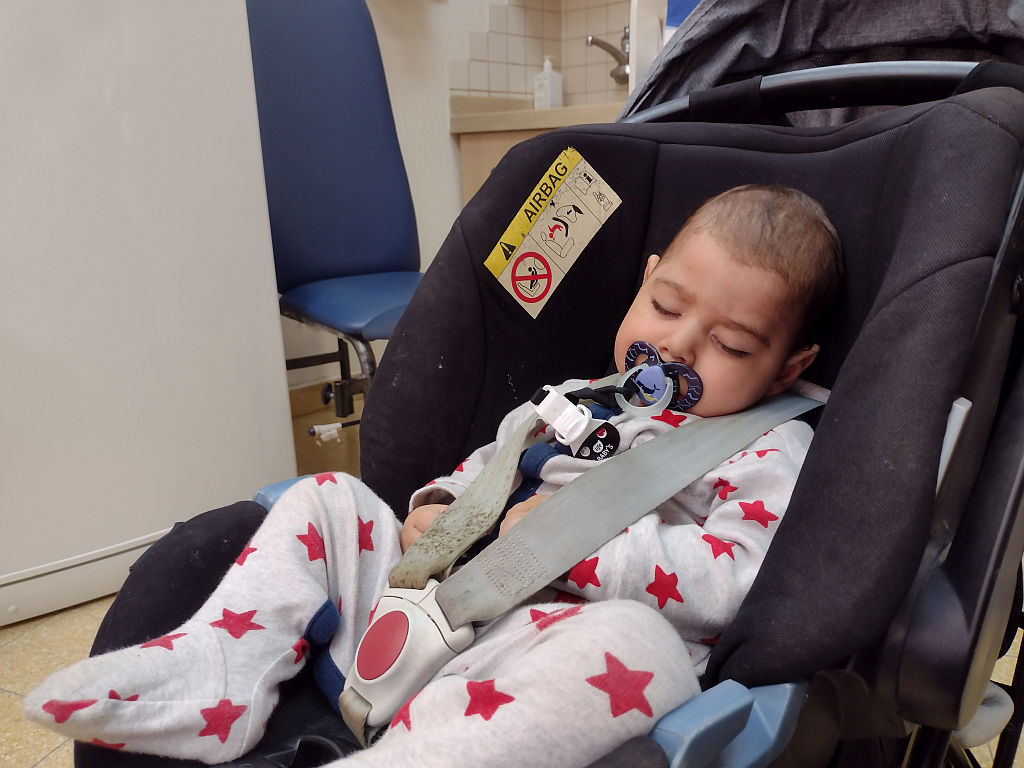 His mom still knows a lot of people in the hospital because she was here with Kenan for two month previously and she was happy to see them again. After a long day in the hospital, Kenan and his mother were very tired when we brought them back to Gaza. She gave us a really nice snack in the car and we enjoyed our time with her. Lord we pray that you keep cute Kenan and his whole family safe in Gaza and that you give the doctors wisdom for this case.