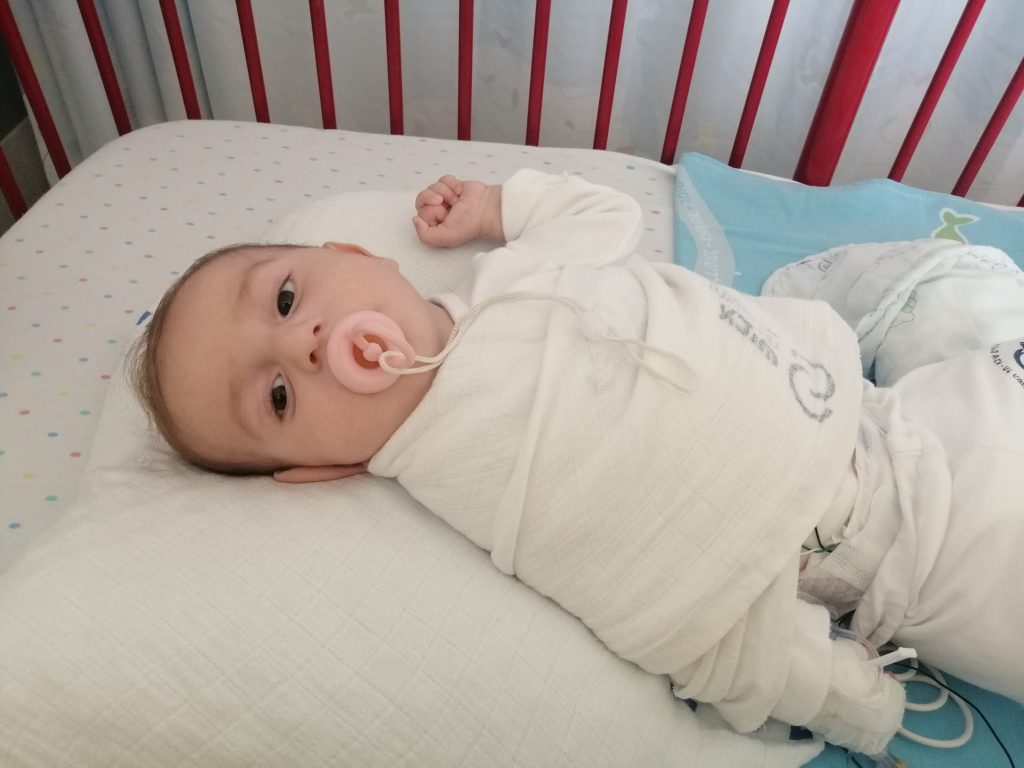 Mohammed was moved down from the ICU back to “the Kurdish room” on the fifth floor of Sheba hospital’s pediatric wing. His mother has made it very home-like there with a good supply of food, tea and utensils, apparently from a range of sources. We ate together today with some other mothers in the hospital. Thankfully by this afternoon, Mohammed was also able to “eat,” i.e., he received for the first time milk through his PEG. 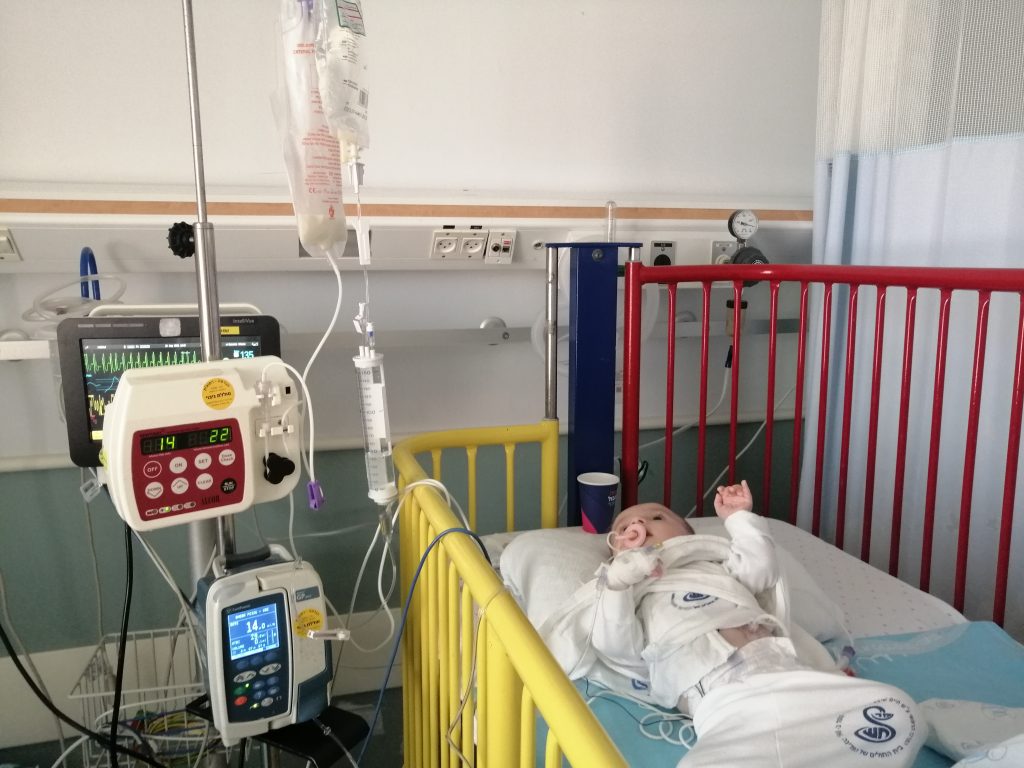 He looks wonderful without the NG tube stuck to his face, and his mother is very happy it’s gone. It’s clear to see Mohammed is improving, as he is crying a lot less, can make some eye contact, is responsive to sounds, and as reported by his mother, has smiled once!
We put his mother in touch with another mother in Kurdistan who’s child also had a PEG during her stay in Israel, so they could talk about the transition home. Mohammed’s mum is looking to the future and is hopeful that soon her little boy might be discharged!