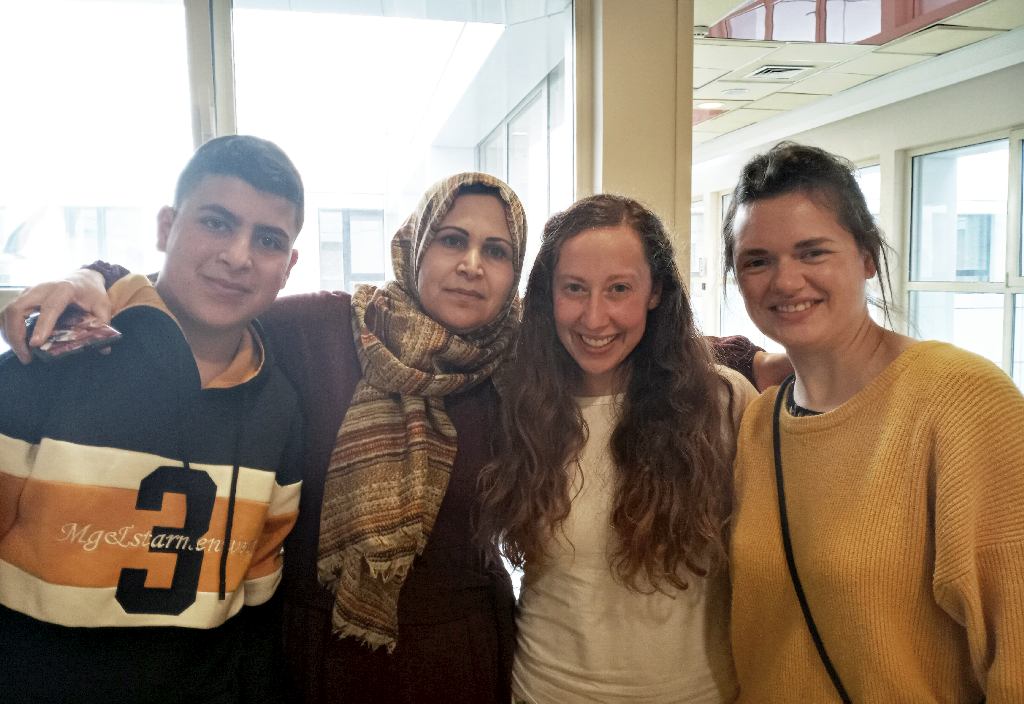 Mohammed and his mother traveled back home to Gaza today. There were additional things the staff hoped to do during his hospitalization, but he and his mother were very set on leaving, so they will complete the other tests in Gaza. Waiting for them at home is Mohammed’s ten other siblings!

Before they left, Mohammed’s mother wanted to take a photo. By departure time, the hospital report and the car that would take them to Gaza were perfectly timed, and the picture was taken sometime during the chaos in between. It really was wonderful to meet this lovely family.