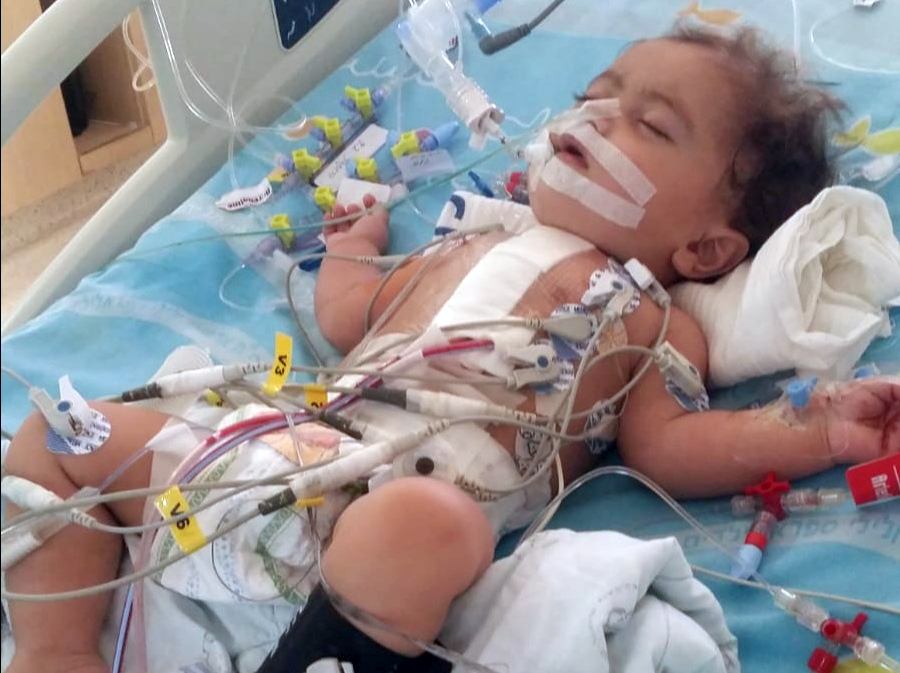 When I arrived this morning at Sheba hospital, Mohaned had been just that moment taken into surgery, so I waited for his mother to reappear out of the surgery-room area. As she came outside, she hugged me and told me that she was very afraid. The doctors had warned her that this could be a very high-risk surgery for our sweet boy, and the news had been received solemnly by us all, not just Mohaned’s mum.

Still, we have hope. I assured her that there were many, many people praying for Mohaned. She was happy to hear it and appreciated that there are so many people who love him.

We took a walk outside, and despite the early hour of the morning, drank an entire bottle of Coke together (her favourite) as we sat in the sun, away from the severity of the waiting-area outside the OR. Mohaned’s mum said she was pretending that Mohaned was just with Carina or Sebastian, or any of our other Co-workers who adore little Mohaned. This is how she coped with missing him.

She described how happy Mohaned had been before the surgery, even when having a cannula put in his hand, and how friendly and happy he was with all the nurses and doctors. It was a really lovely way to pass the time with her.

As the hours rolled on, we returned to the waiting area, and were joined by another mother whose child was in a catheterization. When the doctors emerged from the OR pushing a large bed, they announced that all had gone well. We all thought they were referring to the child from the catheterization, which caused some confusion amongst everyone. The doctor then made it more clear that it was little Mohaned’s surgery which had finished and that all had gone well, praise God. Mohaned’s mother squeaked in excitement, unable for a few moments to process what to do. When it all clicked for her, she ran after the bed, and went up to the ICU. 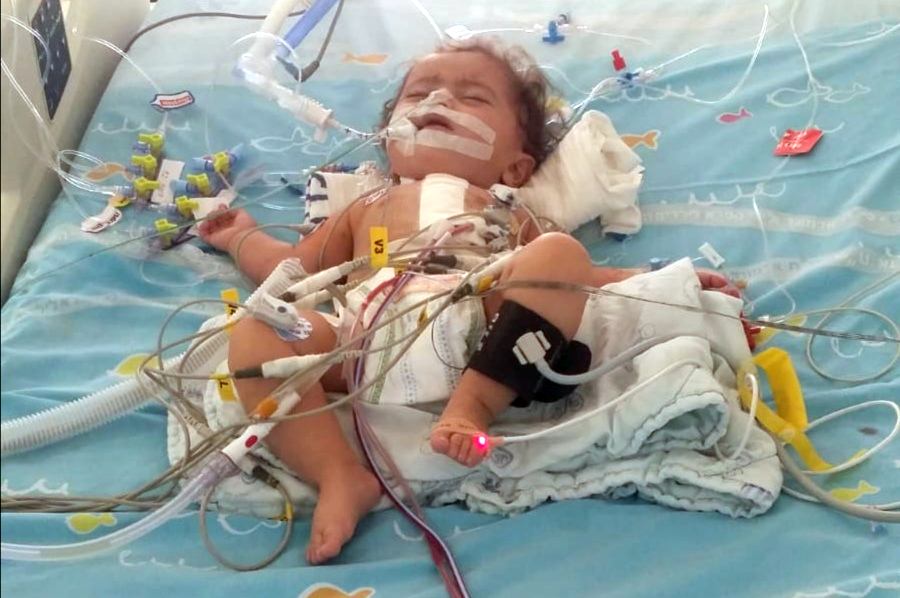 As she needed to wait another hour approximately until she was permitted to enter the room, we sat together in the upstairs waiting room. As we were quite hidden behind the walls, and after two men left the room, she couldn’t contain her joy any longer, and ecstatically jumped up and down, (quietly) shouting “MOHANED!! MOHANED!!” then jumped up on the chairs looking out of the big windows announcing to the whole world, but only observed by me, “MOHANED MOHANED KOL BESEDER!!!” (‘All is well!’ in Hebrew). It was a big privilege to share the joyful moment with her.

Thank God for bringing sweet Mohaned through this surgery, and please continue to pray for his good recovery.