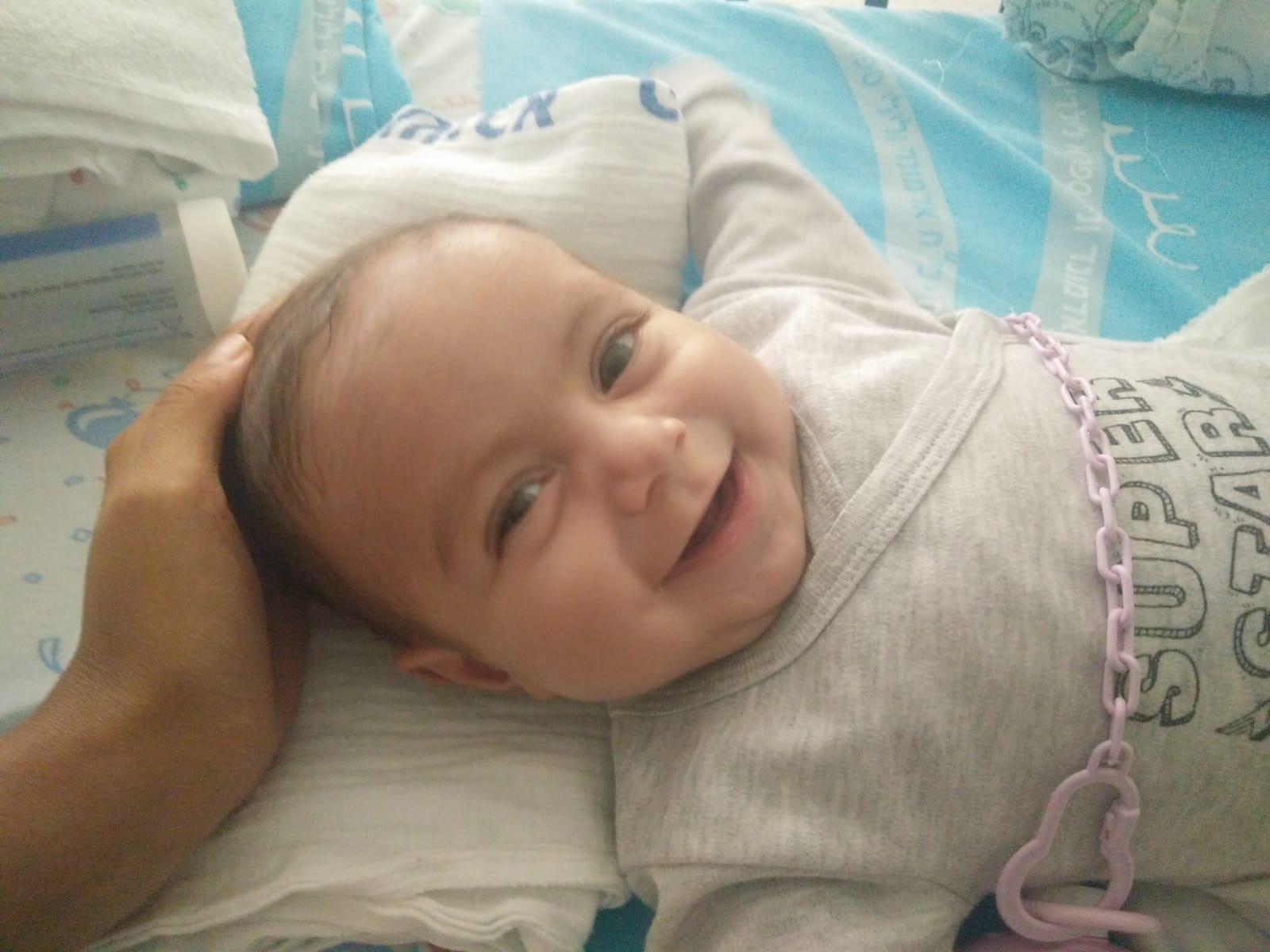 In the last blog I wrote for Mohaned, I prayed for his flourishing and this remains the prayer of my heart. After days of discussion,  the Sheba medical staff decided he is well enough to go back to Gaza. One particular doctor from the fifth floor went above and beyond for him, securing two months worth of medication which will last him until his next appointment at Sheba; she was willing to do any and everything in his best interest. That the Lord gave Mohaned such a doctor was a blessing. He has grown in strength and wellness because of her and the other medical staff who trained his grandmother on how to do his physical therapy, medicines, and nebuliser treatments.
In all honesty, I feel very close to Mohaned. And not only I, but co-workers Colin and Georgia also lived with him  and his grandmother when they were staying with us in our Jaffa home. We took part in his day to day care and bonded with him by the many hours spent with him.
While he is a lot better than where he started, which was to have come urgently by ambulance back in April, he still is very susceptible to deterioration if anything goes wrong. For this reason, as I held him for the last time before he crossed into Gaza, I treasured those minutes and prayed that God would protect him from anything that might threaten his well-being.
In his four months of life, he only recently learned how to smile, and when I was saying his name and telling him he was going to leave us to meet his mum, he smiled his big toothless grin. God willing, in two months, we will see his smile again.
As I’ve written, please pray for his protection and for his grandma as she goes into quarantine with him, that God would give her strength and wisdom. May God bless Mohaned and his family.