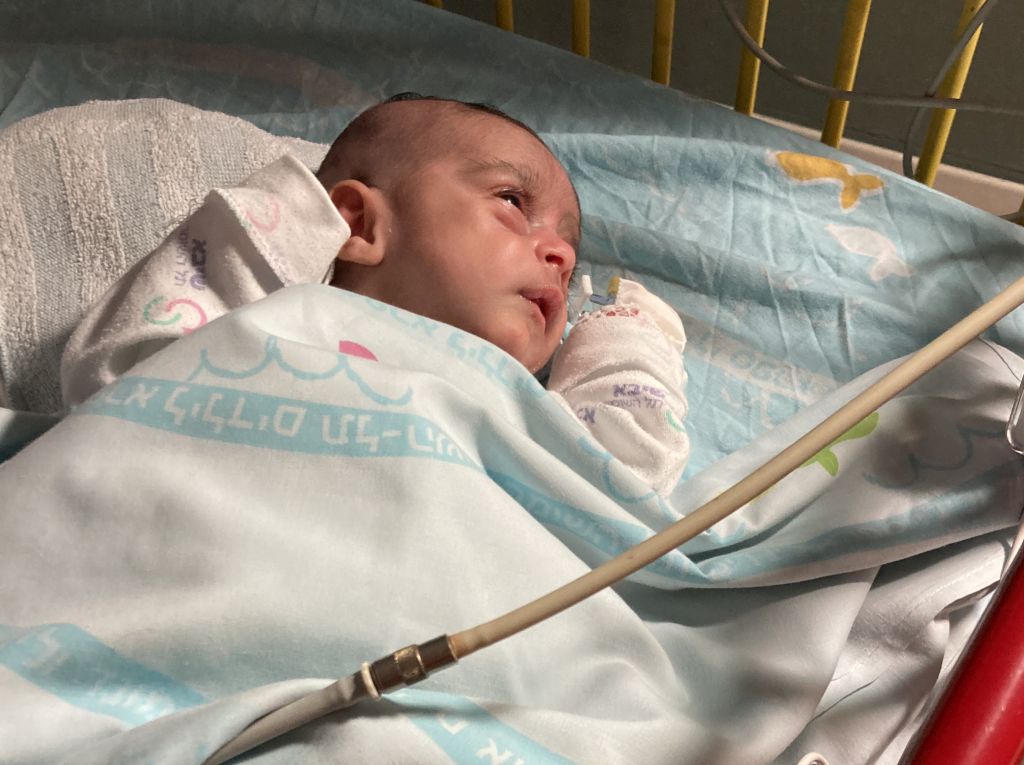 This morning, at prayer time, we thought that Kamel would possibly be discharged today. But as we approached Sheba en route, we learned that he would not be discharged. We went to visit with Kamel and inquire about medical updates.
Kamel’s grandmother was in the room with him and they were both napping. Kamel’s grandmother got up and greeted us, graciously gesturing that it was no problem to get up. She invited us to sit, and wanted to have some company. Kamel also woke up briefly. He’s looking more strong every day!
The doctor reported to us that Kamel had another culture test for bacteria in his blood that earlier today gave positive result; they took yet another culture to learn more. They expect the results of the most recent test tomorrow. Kamel is on antibiotics, but the doctors may adjust the treatment based on the results of the most recent culture. Also, Kamel had an echo this morning that showed increased pressure in his heart valves, and the cardiologist has to review the results and consider also whether Kamel should have another catheterization to further expand the tight passage before Sheba discharges him.
We hope to learn more about next steps for Kamel’s medical care tomorrow.