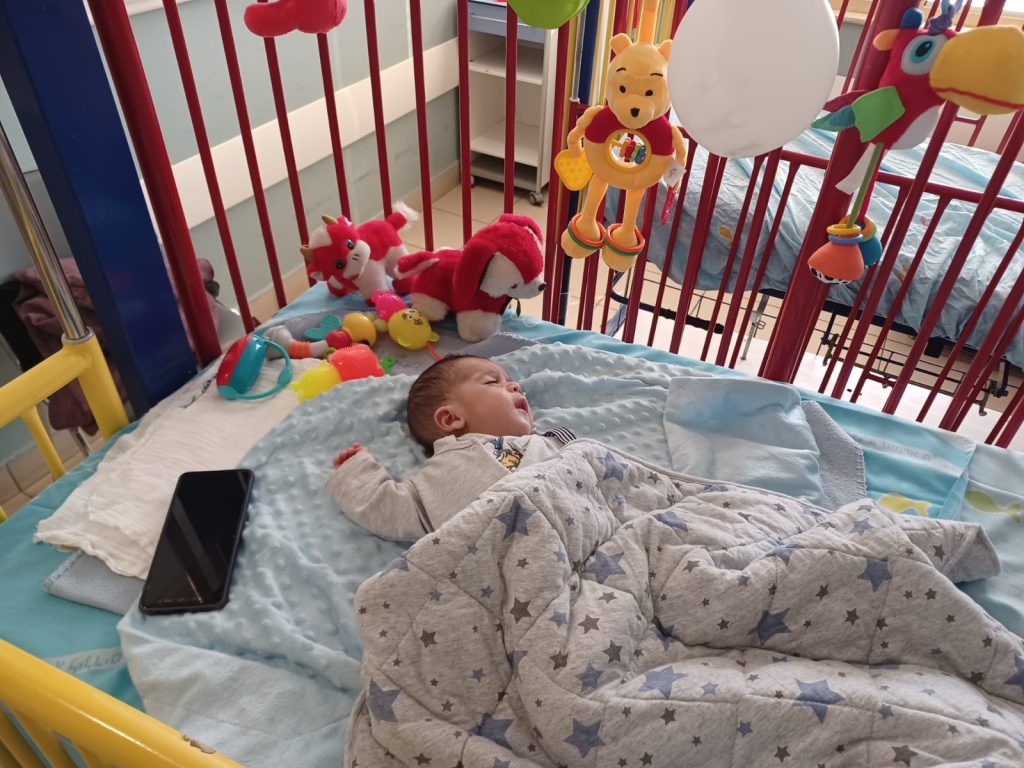 Hamed’s auntie met us at the entrance to the hospital today asking if there was any news for a new escort for him.
“But we don’t need one,” we told her. “Hamed is going back to Gaza today.”
“Really?” Her face broke into a huge grin. “I didn’t know!” 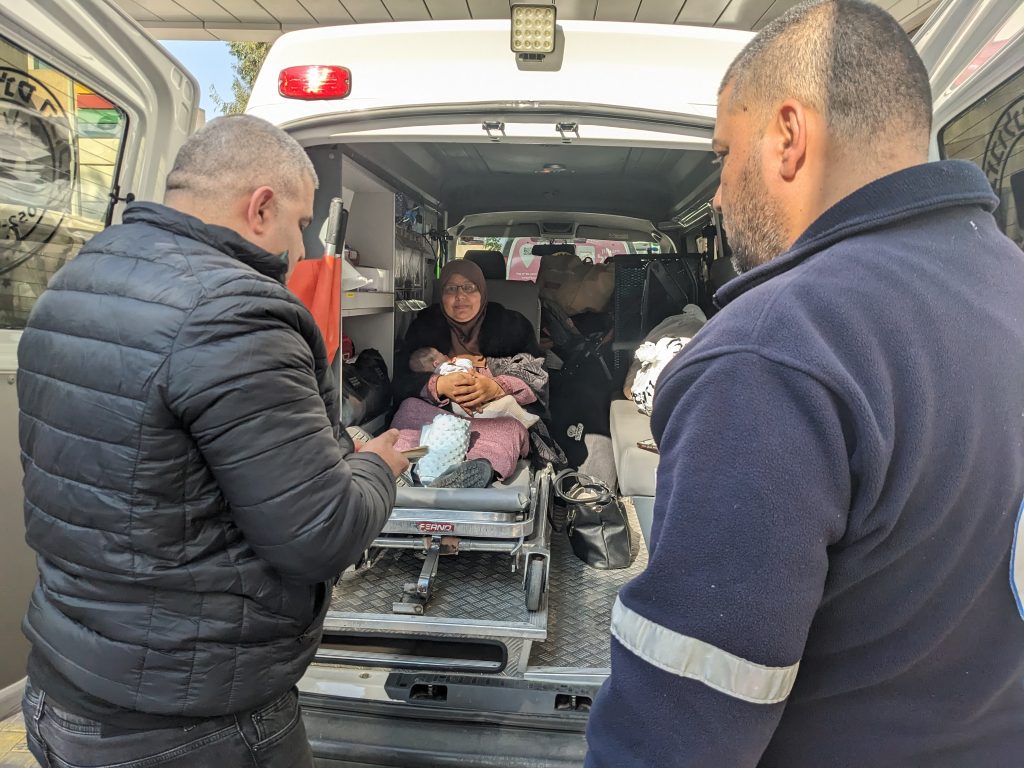 She was in the best of spirits for the rest of the morning and was still smiling as she thanked all the nurses and doctors in the ward and climbed into the ambulance with Hamed. He’s going to a pediatric ward in a Gaza hospital, where he can learn to eat with the help of his mother before going home to his family.
We’ll see Hamed again in a month when he returns for his next echo, as well as follow up in opthalmology, neurology, and genetics. Until then, we pray he will grow healthy and strong in the care of his mother.