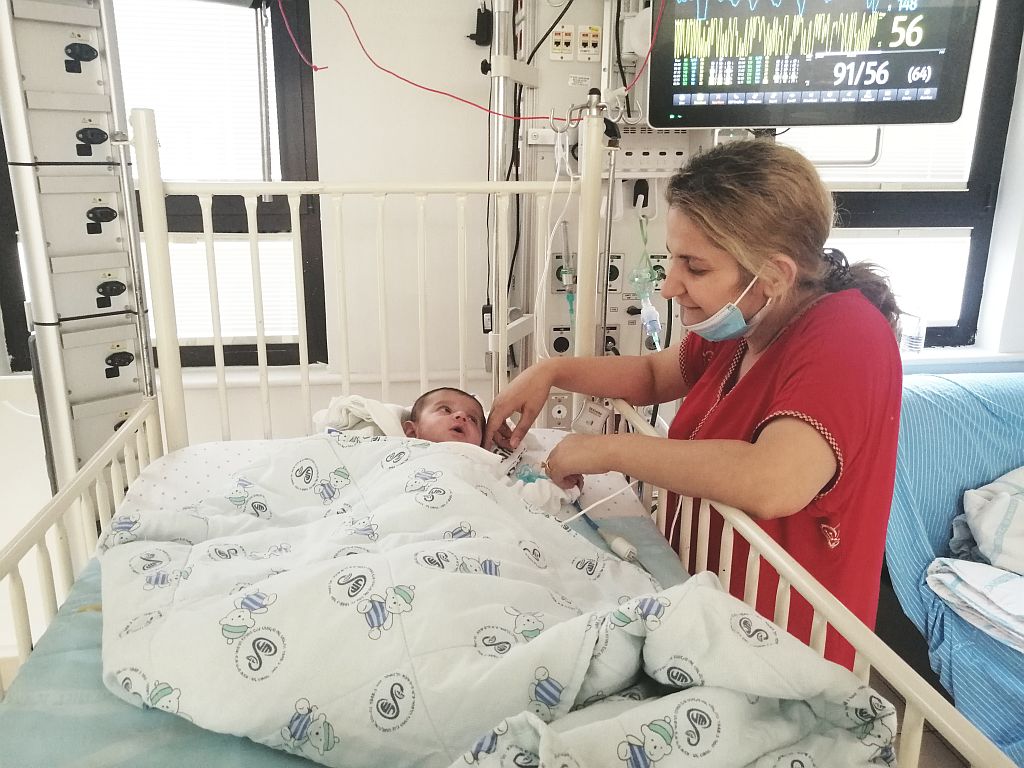 Yadgar’s mother has learnt a new word in English, which is “open.” I have learnt it in the Bahdini dialect of  Kurdish, which is, according to Yadgar’s mother,  is “verbi.”
A very important word for Yadgar’s lung, and today as his doctor gave me the update on Yadgar’s condition, his mum recognised the word “open” and responded with great joy. Yes, the X-ray had showed that his lung is now open.

Now he needs to continue with chest physio and inhalations to help keep it that way.