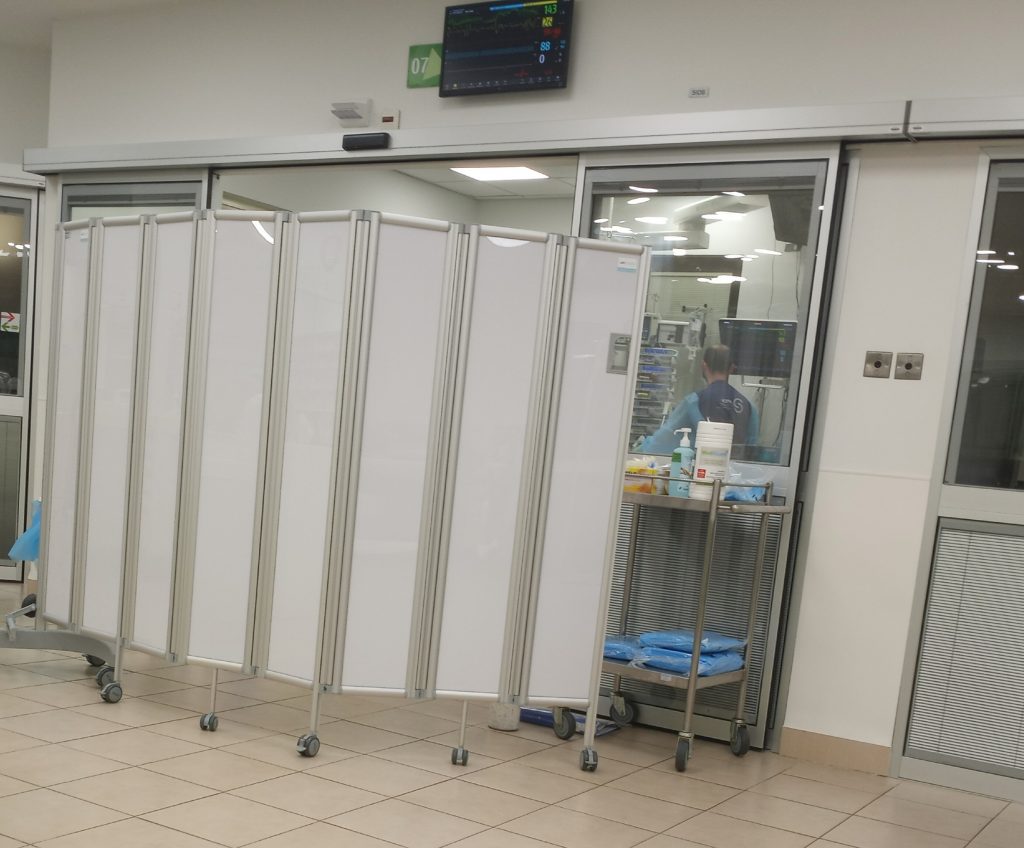 Omar went into his open-heart surgery at 8:30 this morning in Sheba hospital. The afternoon eventually turned into evening. By this point, the medical staff knew that Omar would come out of surgery on the ECMO machine to give his heart reprieve after the long operation, this was not a surprise. Immediately from the OR, he was taken to his room where a white partition was out across the outside. This was a familiar site to co-worker Georgia and I. Due to problems with coagulation, Omar had a lot of bleeding, so please be praying for his recovery, and especially in the following days, this is so critical.

His grandmother spent the morning and early afternoon ‘waiting’ time with her lovely group of friends, the other Palestinian mothers also in hospital. Omar’s grandmother and I had said that we would eat together after Omar came out of operation, but as it got to be around ten hours and with still more time to go, we ate together along with co-worker Georgia who joined us, as well as the other Palestinian mothers who brought food from an event in the hospital. 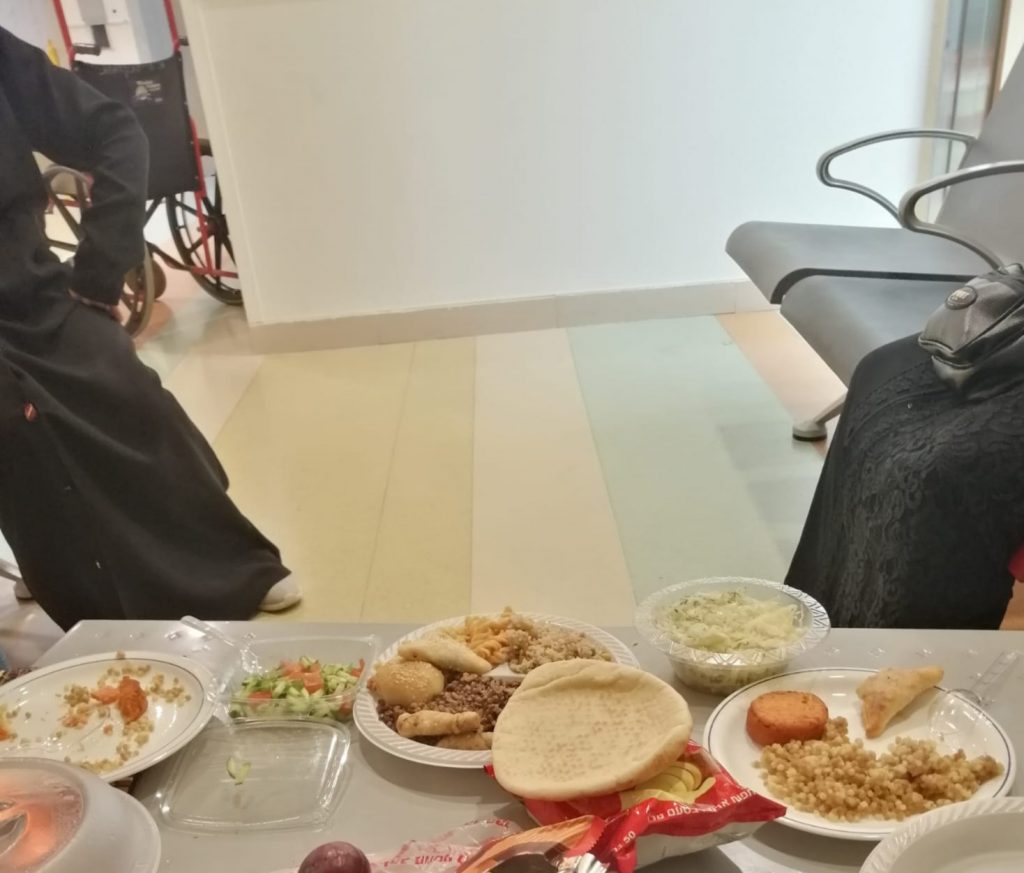 Since serving at Shevet, the table outside the OR being strewn with plates of food is one of my favorite sites. It is always evidence of a unique bond that gradually materializes over the hours of shared waiting.
After dinner, we were told it wouldn’t be too long until Omar was brought out. At that point, it was after 8:30, which meant the surgery was past 12 hours. 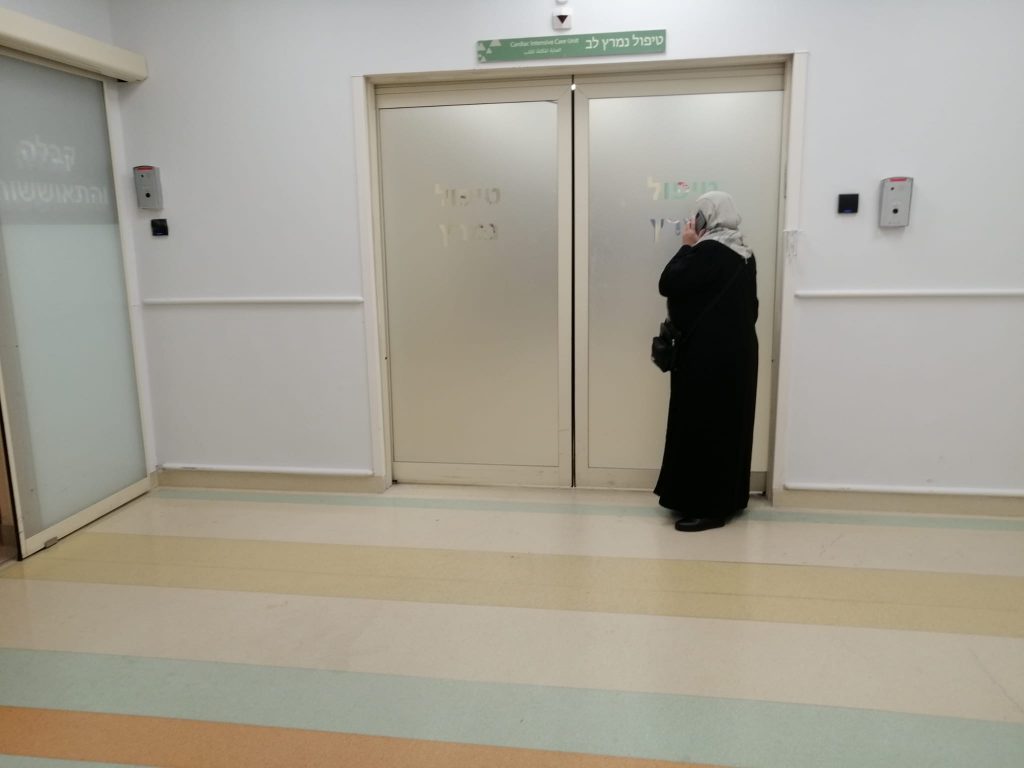 Omar’s grandmother stood by the doors watching for Omar to emerge. I described to her the sounds that accompany a child exiting the OR. In the few minutes leading up to Omar’s exit, every sound, every beep of a monitor, every time an automatic door would open, was enough to make us all whip around and see if it was him. And then finally it was. When we were waiting by the doors, Georgia remarked that Omar’s grandmother is exactly the woman you would want taking care of your baby if you couldn’t be here for his surgery.
Please pray for Omar and for his grandmother, healing for him and for continued strength and peace in grandma’s heart.