Yadgar was unable to maintain his good oxygen saturation and had been put onto oxygen today at Sheba hospital. It meant that his doctors could decide that he needed to have the bronchoscopy as had been previously suggested.
The doctor explained that Yadgar will be given sedation followed by a procedure in which they will examine Yadgar’s lung, then use water to “clean” the lung, and when the fluid is removed, the procedure will allow the lung to remain open. 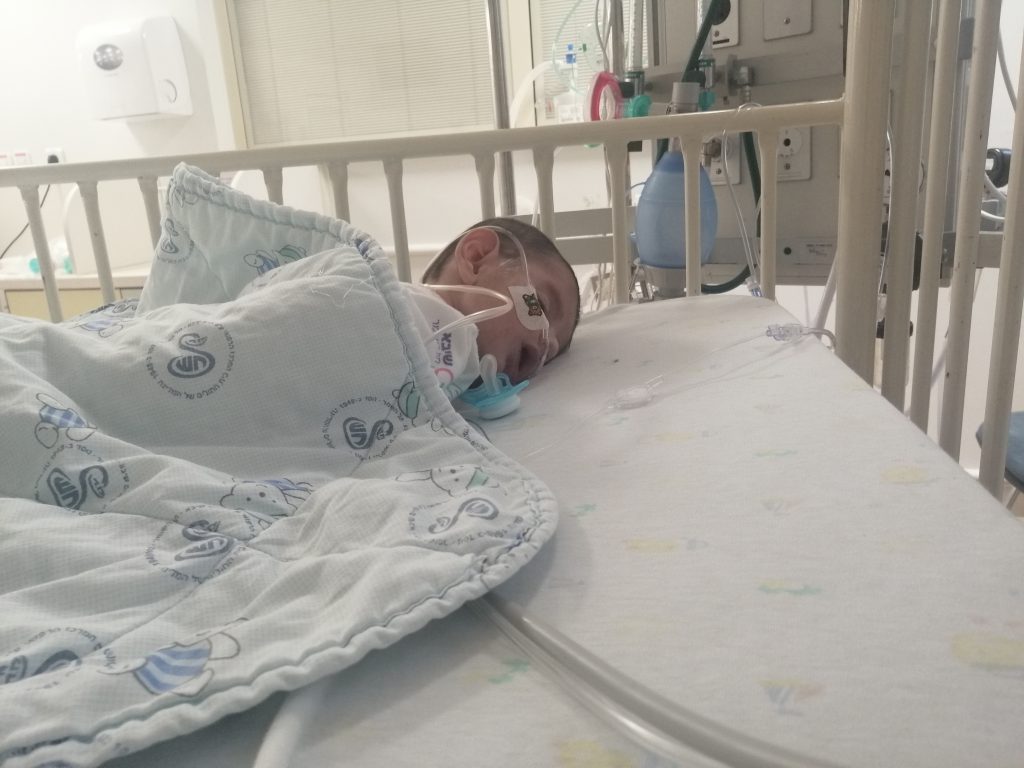 They went ahead with this, and the outcome sounded positive to the doctor, but they will know the outcome after he has a chest X-ray later this evening.
Yadgar’s mother was wonderful as usual, and is hoping that this is the last thing Yadgar will need before he can return home to Jaffa.