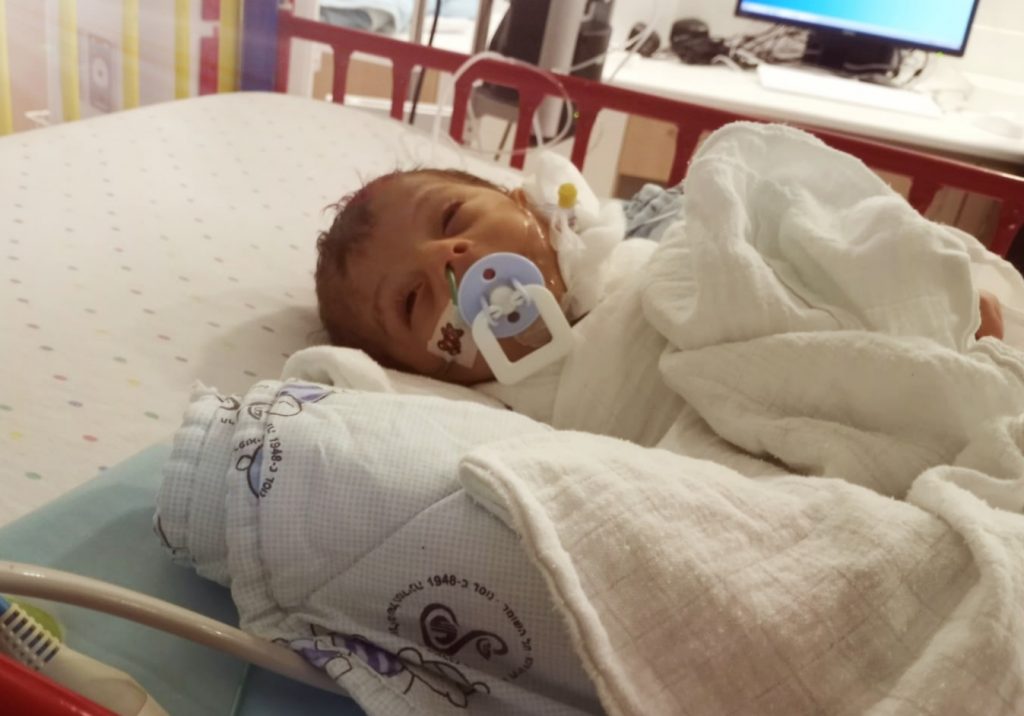 Mohammed’s days in the hospital have been rolling on, with slow progress for him. What is clear, is that he is very small and underweight still. He has been feeding via NG tube for a long time, and needs to continue with enteral feeding. As this looks to be for a long time into the future, it is better for this to be via a PEG. Its manageable to work with this in Gaza, it’s just taken some time to have the surgery scheduled as it requires time in the ICU, and the surgery is not considered to be as urgent as some others. However today was the day for Mohammed, and I had the surprise to see him and his father in the ICU this afternoon, having had the PEG surgery. It’s a big step for Mohammed, as it means it brings him closer to being able to return home to Gaza. What a day that will be!