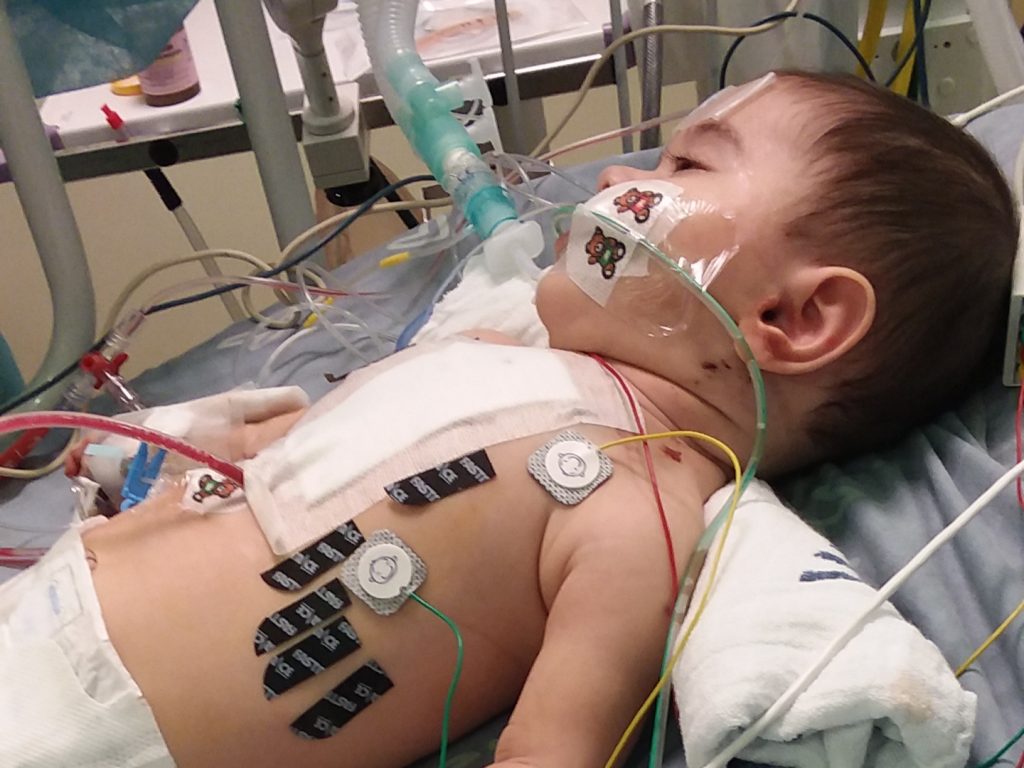 At eight o’clock this morning, little Shan went in for a big surgery at Hadassah Hospital. The doctors planned to switch the two largest arteries in her heart and close a large hole between her ventricles. They told her mother this surgery would likely take six or seven hours.

Far below ground level, on the negative 4th floor of Hadassah hospital, Shan’s mother waited patiently in the surgery waiting room. I wasn’t able to wait with her the whole time, as some of our other children here also needed visits, so I went up and down in the hospital a lot.

After about five and a half hours, while I was walking down a staircase, I suddenly met Professor Sarraf, the surgeon, talking on the phone. He recognized me as someone from Shevet, quickly looked up from his phone call, and said, “All went smooth with the patient.” Then he continued on his way.

I immediately went down to be with Shan’s mother, and after two more hours, we got the news that Shan was entirely stabilized in her room. Her mother and I went in to see her right away. 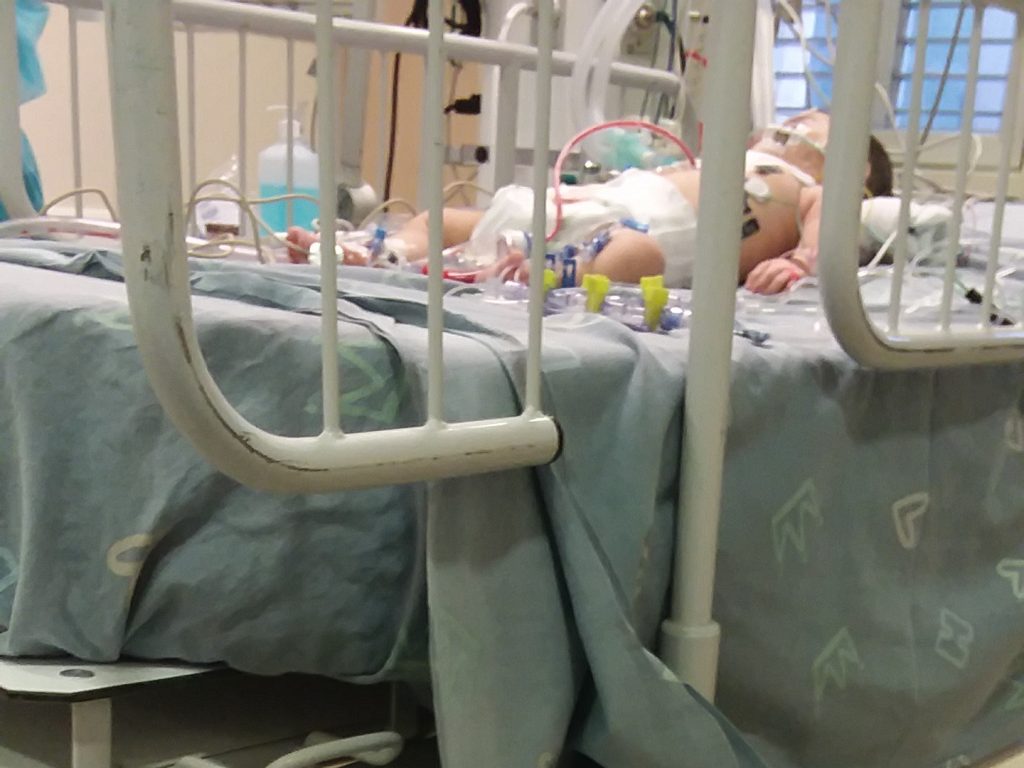 It was very difficult for Shan’s mother to see her beloved baby sedated with tubes coming out of her everywhere. The doctors told us that everything went very well, and that they had done both of the  things they’d wanted to do. There was more good news too – Shan’s oxygen, which has normally been hovering around 60%, was at 100%. Her lips were no longer purple, and the bottoms of her feet were a beautiful pink. I’ve never seen a baby look so good right after surgery! She does have some bleeding, which is normal after such a big surgery, but this should stop soon.

Please be praying for her to remain stable over these next few days. The doctors hope to extubate her tomorrow if she continues to do as well as she is doing now. After that, they will look to see if she will need any more surgeries in the future.