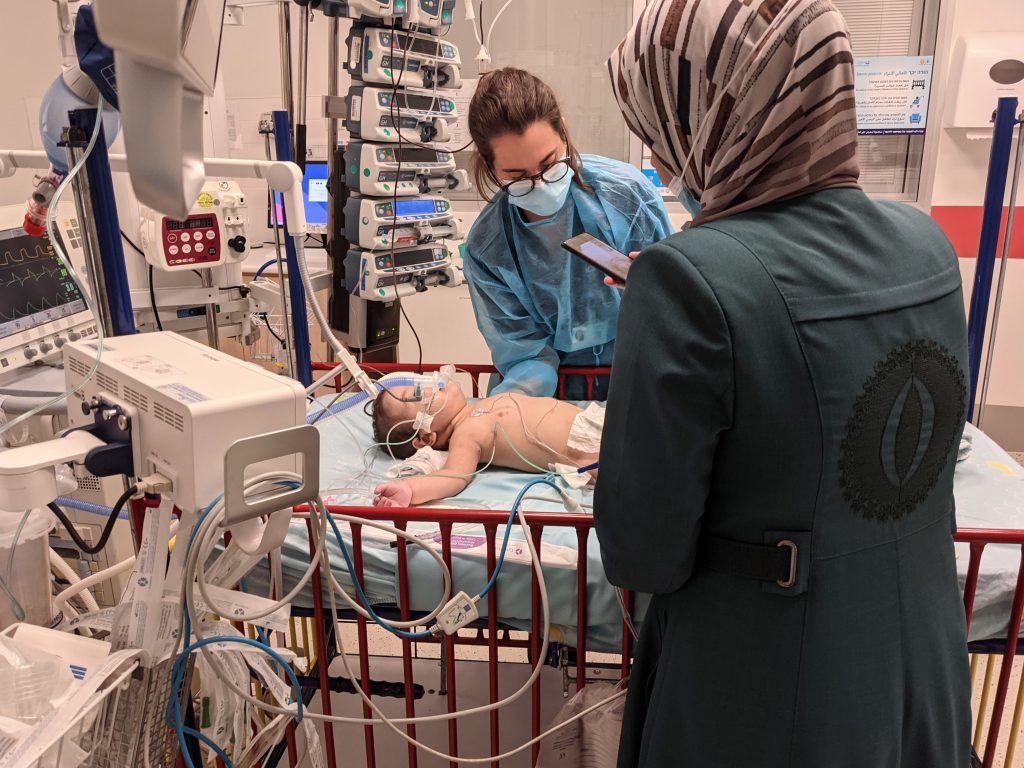 Late last night, Omar’s oxygen saturation levels dropped very low. Co-worker Alena and I rushed him to Sheba Hospital’s ER, where the doctors and nurses worked hard for several hours to stabilize him and find the source of the problem. He was admitted to the pediatric ICU and received blood transfusions, medication, and oxygen overnight in an attempt to raise his oxygen levels. 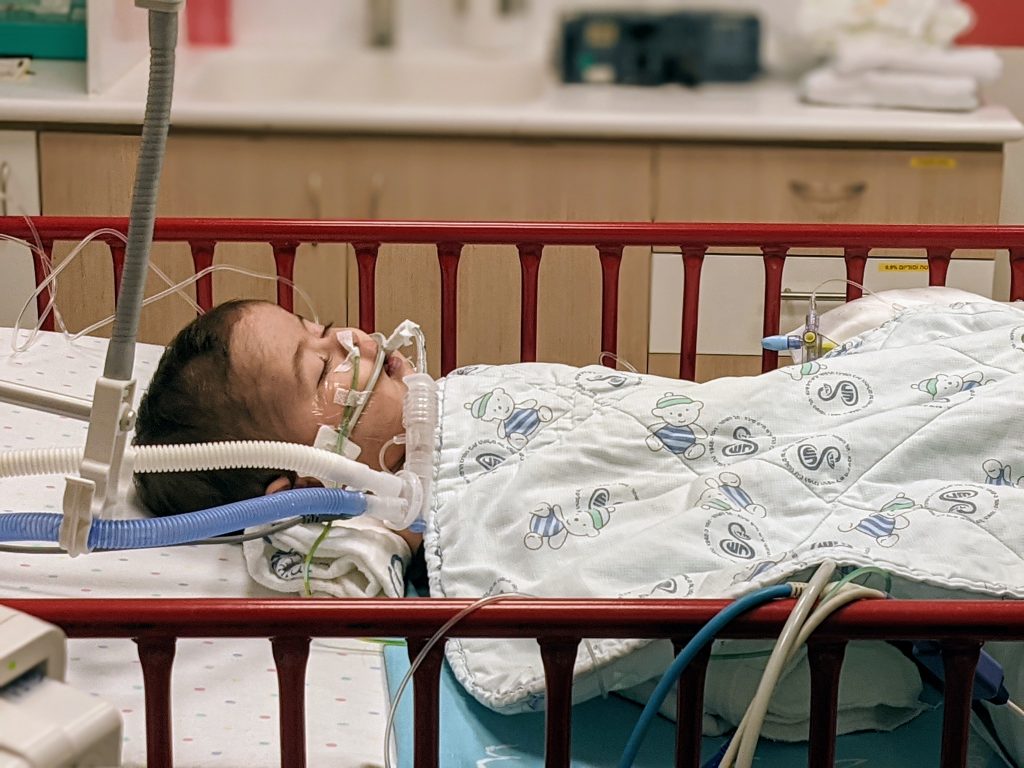 This morning, after the measures last night weren’t enough to keep his oxygen at a safe level, Omar was intubated and taken into an emergency diagnostic catheterization. The doctors still are not sure what caused this sudden change in his condition, and they plan to take him into surgery in the next few days. 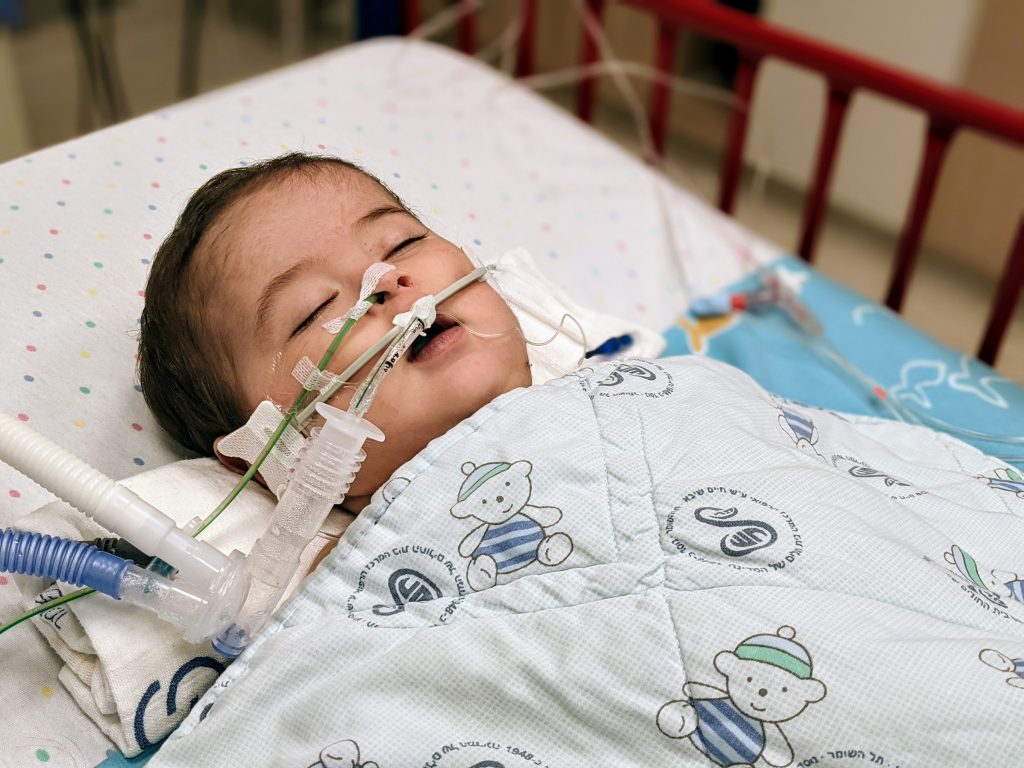 This has been quite a difficult situation, especially for Omar’s mother, but one thing that stands out to me is the providence of God. We had originally planned to take Omar back to Gaza yesterday afternoon, and the fact that he was in Jaffa instead was due to a last-minute change of plans. What’s more, the decision to check his oxygen last night was spontaneous and difficult to explain—he appeared normal and healthy. But the doctor in the ER said it’s a good thing Alena checked, because if Omar hadn’t been taken to the ER last night, he could have died overnight. Thank God for his provision for this little boy.

Please pray for Omar’s health in the next few days, as his condition is still dangerous, and for his upcoming surgery. Additionally, please pray for his mother, as this situation is unexpected and extremely difficult for her.