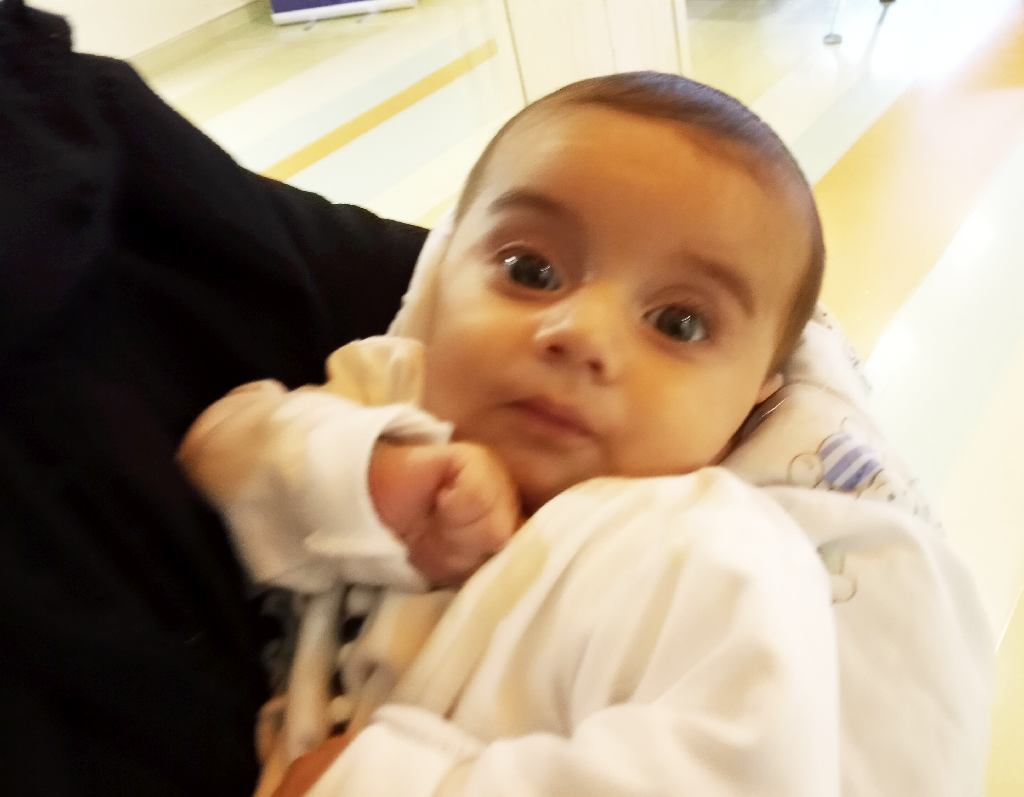 mThis morning was a stressful one for Awmed. I was visiting them in Sheba hospital when the nurse came to see if I could bring them down to the X-ray area. 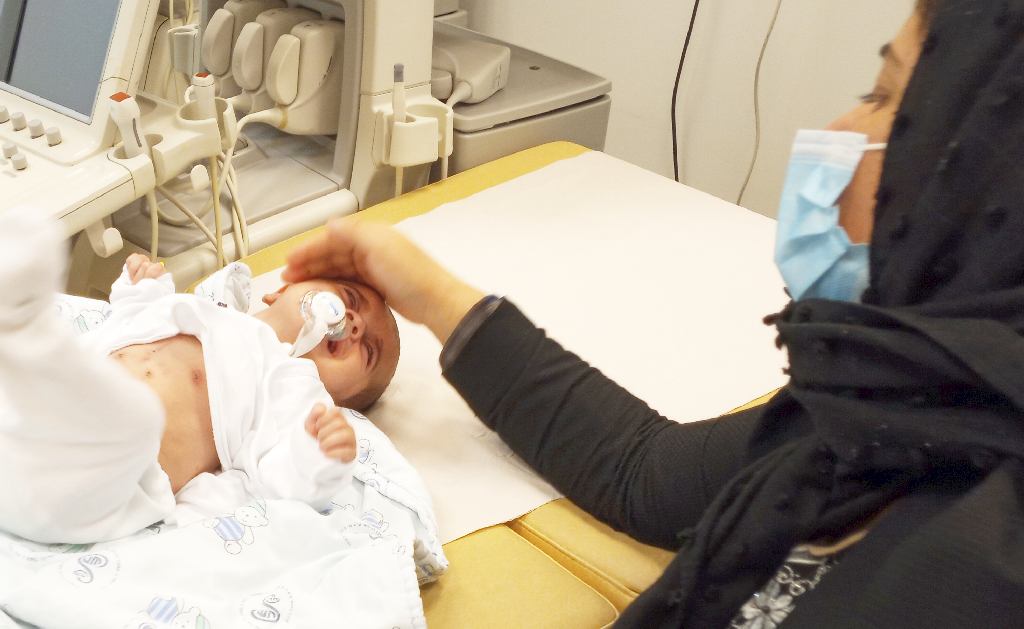 Awmed was somewhat unsettled at the time we made our way downstairs, Awmed’s grandmother said that because he is on a feeding schedule of every three hours, it was getting to the time when he was really hungry. After his chest X-ray, we went back up to his room.

Just when we were asking if his milk could be given, they told us to go to the Cardiac floor for his Echo-cardiogram. So there we went.

The Cardiologist who saw him was pleased with the outcome of the VSD closure and Pacemaker insertion. The tests today were preparation for his impending discharge this week, which his grandmother was very happy to hear.

When his Echo was finished, we were finally able to get this sweet boy some milk to drink, which brought contentment in his grandmother’s arms.