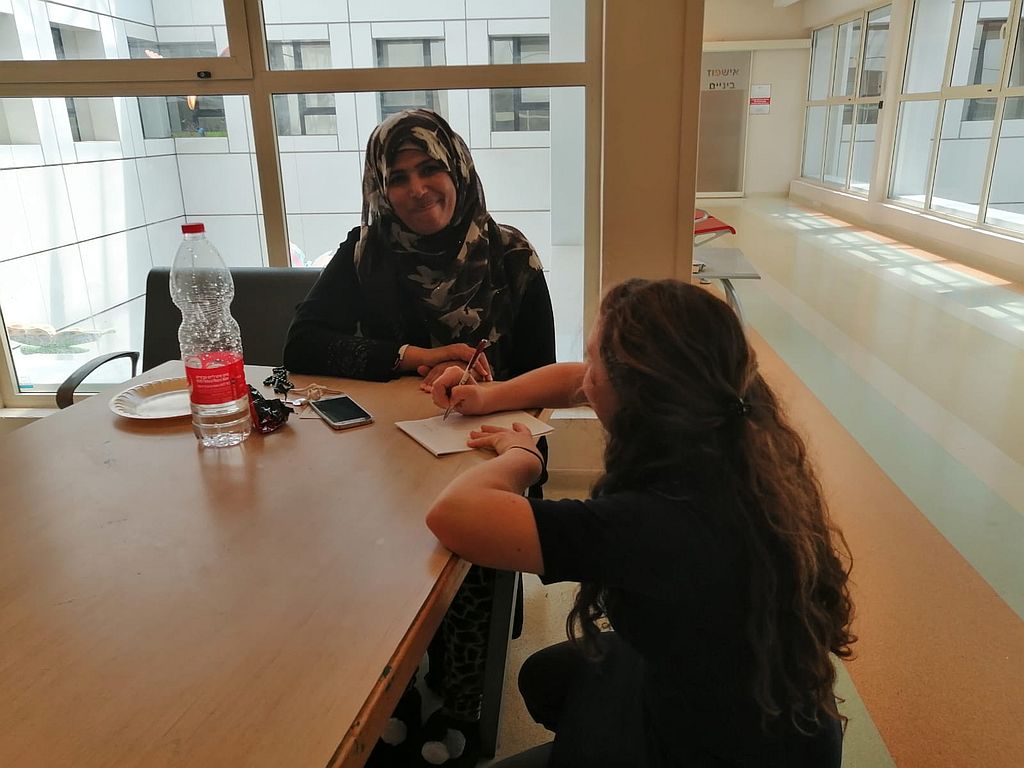 It was clear by the many phone calls to Wasim’s mum throughout the day that this 17 year old boy is loved and dear to many people. Every few minutes his mother’s phone rung with friends and family wanting to know how the surgery was going. This day was a 13 hour battle for Wasim’s life. The operation had many purposes, one of which was to replace the conduit in his heart, which he had been placed there when he was a baby.
He was taken into surgery at 8:30 and it didn’t finish until 23:00. This was a really big surgery, but his mother was amazing throughout all of it. It was a beautiful time that Georgia and I had, being family with her, like she called us her sisters, and we feel the same about her. You don’t walk through these circumstances with someone without forming a deep bond comparable to that of a family. We spent the morning talking and it was easy and light. Her and I gave each other dual Arabic and English lessons by writing simple sentences in each. We found out that when she said she ate coffee, she was not trying to say she drinks coffee, but she really eats the Turkish coffee! She said all her family did this!  In everything Wasim’s mother was an absolute delight.
Georgia and I had to bring another family to Gaza in the afternoon, but we got back at 18:00 and still he was not out of surgery. From this time she was anxious and wanting nothing but to see her boy. Shortly before Wasim was ready to come out of the operating room, the ICU doctor came into to talk with his mum and explained that his blood pressure was very low, and for this they considered putting him on the ECMO machine, but they must wait and see.
Finally, he was brought out of the O.R. and the doctor came back to say that he was actually better than before, thank God. As we relaxed we got the information, that although hemodynamically he was stable, there might be bleeding in his brain and therefore needed a CT scan. Georgia and I felt the Holy Spirit lead in asking her to pray with us for him and this CT. All day people had been fighting for his life, and we felt led to petition the Lord for a clear CT, that there would be no damaging or hemorrhage. So we prayed together, saying to our Father your will be done, no matter what. If He decides otherwise that is His business, but full healing is what we will ask for.
After another half hour, he was brought back to his room, and the doctor came in to say that there was only a little bleeding in his brain, thank God. After this we all breathed a sigh of relief. Georgia and I returned to the base at one a.m.  Upon calling the ICU this morning, Georgia was told by the nurse that Wasim is still not well, though his level of bleeding remains small, he is now having seizures.
As I write this I remember vividly the worry and love in his mother’s eyes. Like her whole existence hinged on his. So please, enter into this with her through pray. Pray that he will come through this. I’m thankful for the precedent of the long history of saints who prayed boldly. Like how Jesus taught us to pray by starting with our Father, meaning he would lay down his sonship so we could take it up. And His Father is now ours.
With God as our Father, and the relationship is incredibly intimate- what other relationship could you wake up the person in the middle of the night and ask for a glass of water? None but a father and his child. He doesn’t begrudge us good things, and he does give us everything we ask according to His will for us, because He can see the whole picture but we only have an infinitesimal piece. Nevertheless, he does command us to petition Him. Therefore, let us ask Him boldly then for Wasim’s life to be restored. For in Him all things are made, and in Him all things hold together.