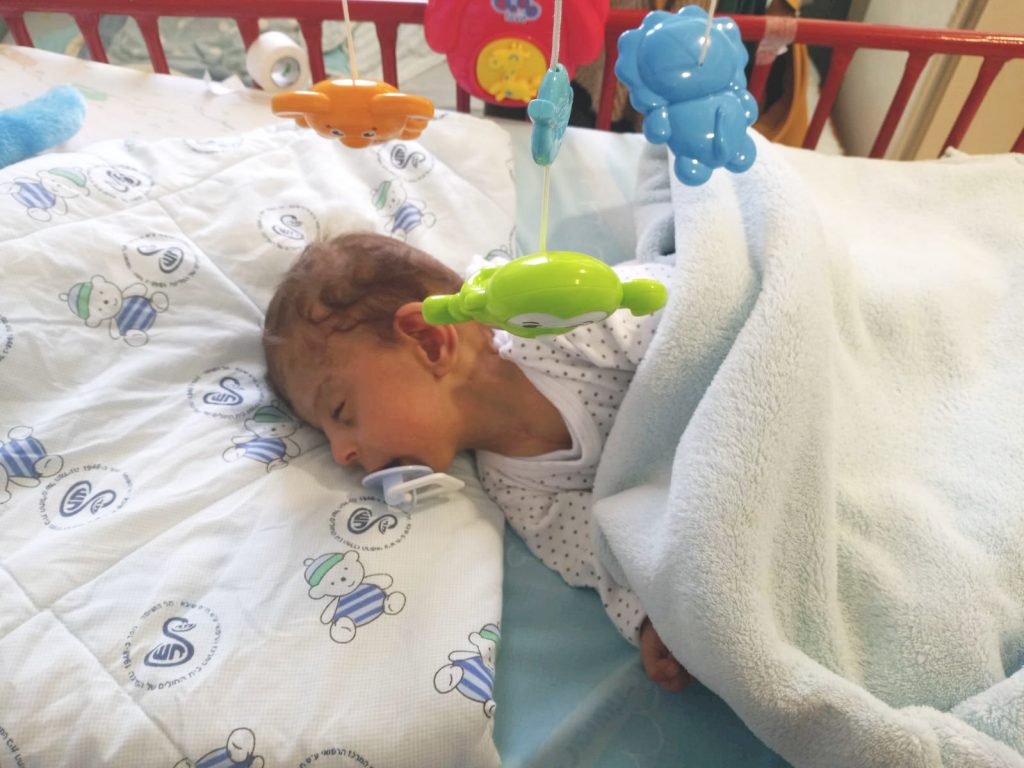 We often see Mohammed’s father around Sheba hospital. His trademark phrase is always ‘Do you want anything?’ He has been there such a long time now, he is part of the woodwork and appears to be enjoying himself, doing his best to be helpful to others who are in the hospital.
He was pleased to describe how much better it is for Mohammed to have the PEG rather than the NG tube. It was not pleasant for Mohammed to have lived with the tube across his face for so long.
There’s a bit of a feeling of change in the air for Mohammed though. His father and also the doctor are thinking it may soon be time for Mohammed to return home to Gaza. As Mohammed has been here for such a long time, there’s a lot to prepare for him to return. The more difficult item is his feeding pump, which we need to source, as it’s not likely available in Gaza. He needs this equipment long term, as he doesn’t feed orally at all.
Still, the father of Mohammed seems to be feeling as positive as ever. We hope they can be reunited as a family soon!