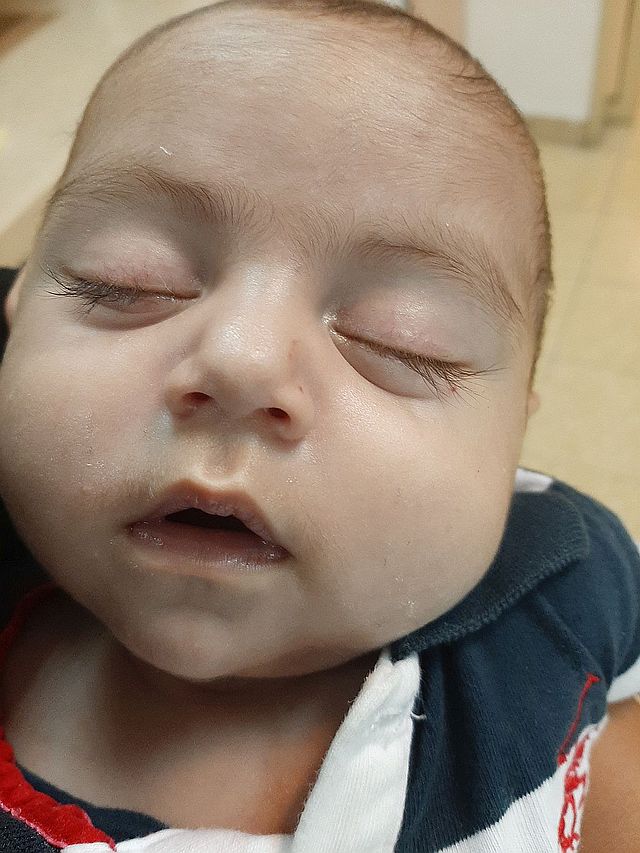 Mohaned has returned to the hospital only a week after his last discharge. We often say that this is Mohaned’s home, as this is the environment he has been immersed in since the age of 10 days.
Mohaned’s temperature rose slightly throughout the day. Something was not right, many of us could sense this as we see him every day…if not almost every hour. In the evening his temperature rose to a low fever and would not respond to fever medication. We took him to the hospital with the expectation that his condition would worsen soon, if it was consistent with his last fever episode. When he was in the emergency room, his fever temperature was high. His little body, despite his growth, cannot handle much stress.
After waiting multiple hours with Mohaned, he was finally admitted to the hospital for observation. Please continue to pray for Mohaned as the healthcare team investigates the cause of his fever.