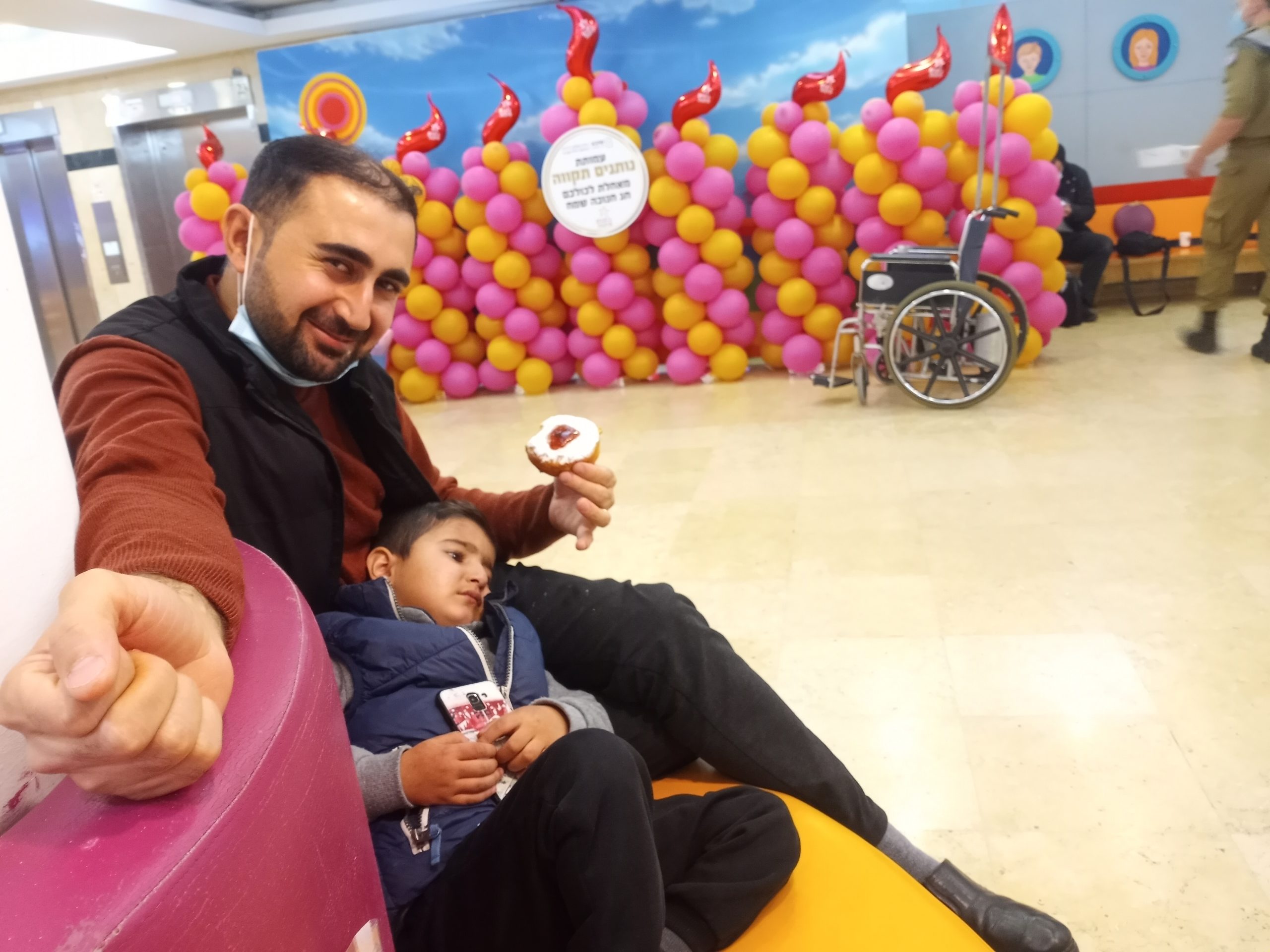 This afternoon in our community home, Meer’s dad was concerned about his son’s oxygen. We tried three different machines and all of them were reading his saturation in the mid 60’s. Since his operation, Meer’s oxygen has fluctuated, but also he has had the persistent problem of fluid in his lungs.
We waited a bit, and Mir ate and drank some water. When he was laying down to rest his oxygen read in the 80’s, which was concerning. 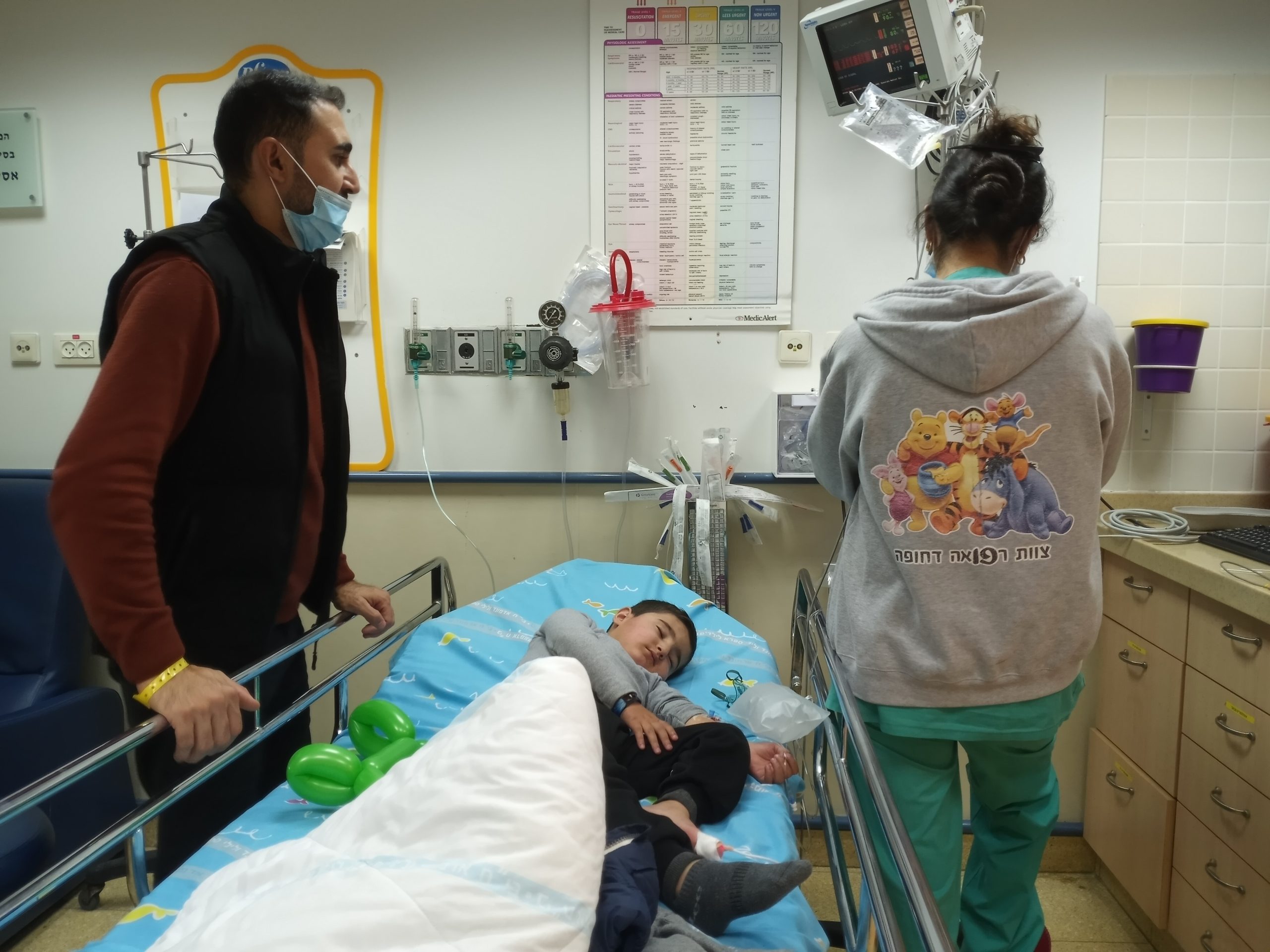 Meer’s cardiologist was really helpful and in contact as this was going on, and she said that if we were worried, to not hesitate to bring him to the hospital to be checked. So we took him to Sheba Medical Center Pediatric ER. Thank God the effusion in his lungs was about the same based on the x-ray done tonight and the last one of his hospitalization, but he was running a fever and the doctors saw that he has pneumonia. 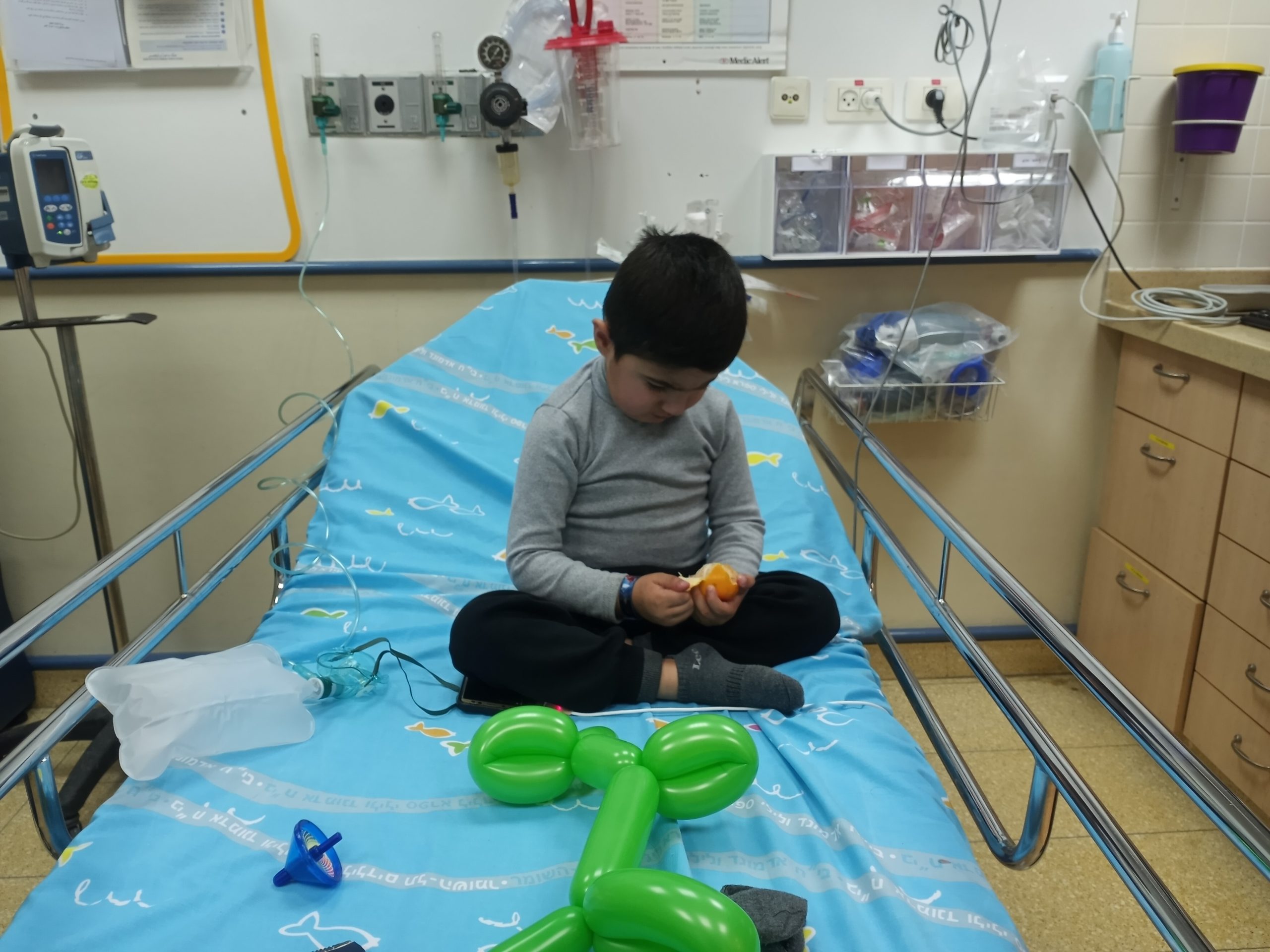 So Meer was admitted to the hospital to be treated with antibiotics and monitored. Meer’s father and I were both relieved we had brought him, and thanked God for helping us come to that conclusion.
Thank you for your prayers for Meer and please continue to pray for him.