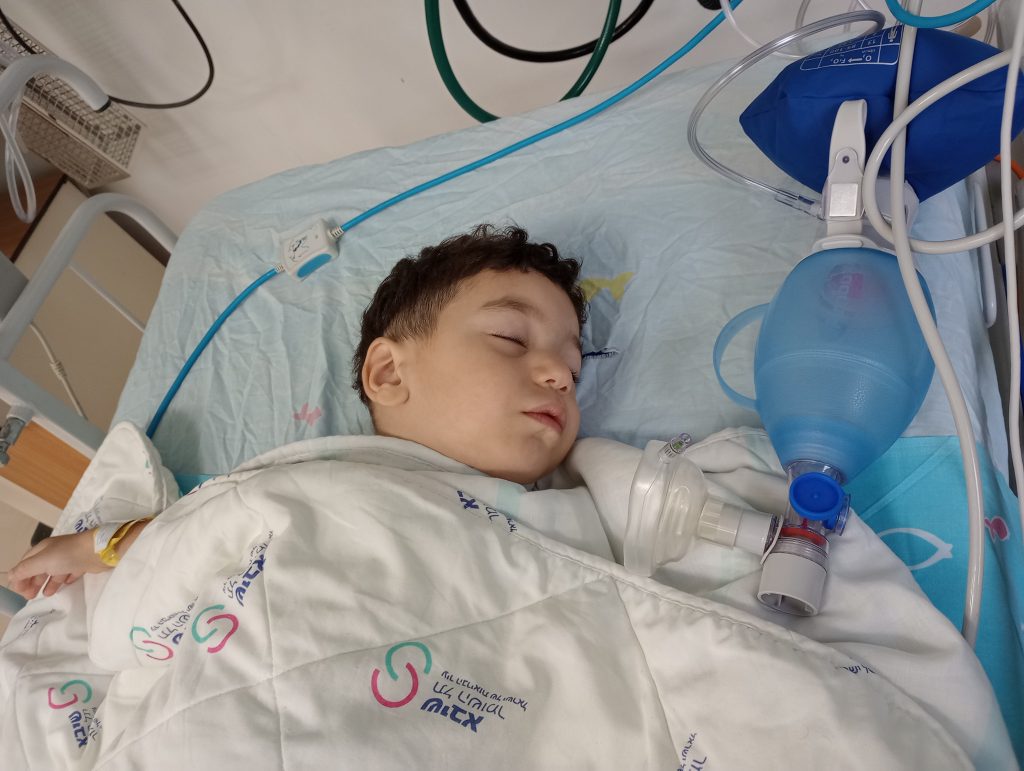 This morning before we arrived to Sheba Hospital, Lalo had been taken into his second interventional catheterization during his time here.
His dad was very worried especially because the doctors said earlier that probably Lalo will need a lot of more caths in his lifetime. It was good that we could talk to each other as he speaks German fluently and he could also talk to another Kurdish mom who was in the hospital for the appointment of her child today.
After only three hours, Lalo was already back in his room. The cath went all well and the doctors placed another stent in Lalo’s left pulmonary artery and widened the stent in his right pulmonary artery. Lalo has had troubles with a too-high blood pressure before, but now only a short time after the cath, they could already see a great progress. Lalo’s blood pressure in his right atrium is lower and he is doing better. His doctor also told us that probably Lalo will need another surgery in a few years, but we will hear more about this during his next echo.
We thank God for this successful catheterization and ask a blessing on Lalo and his dad for much strength!