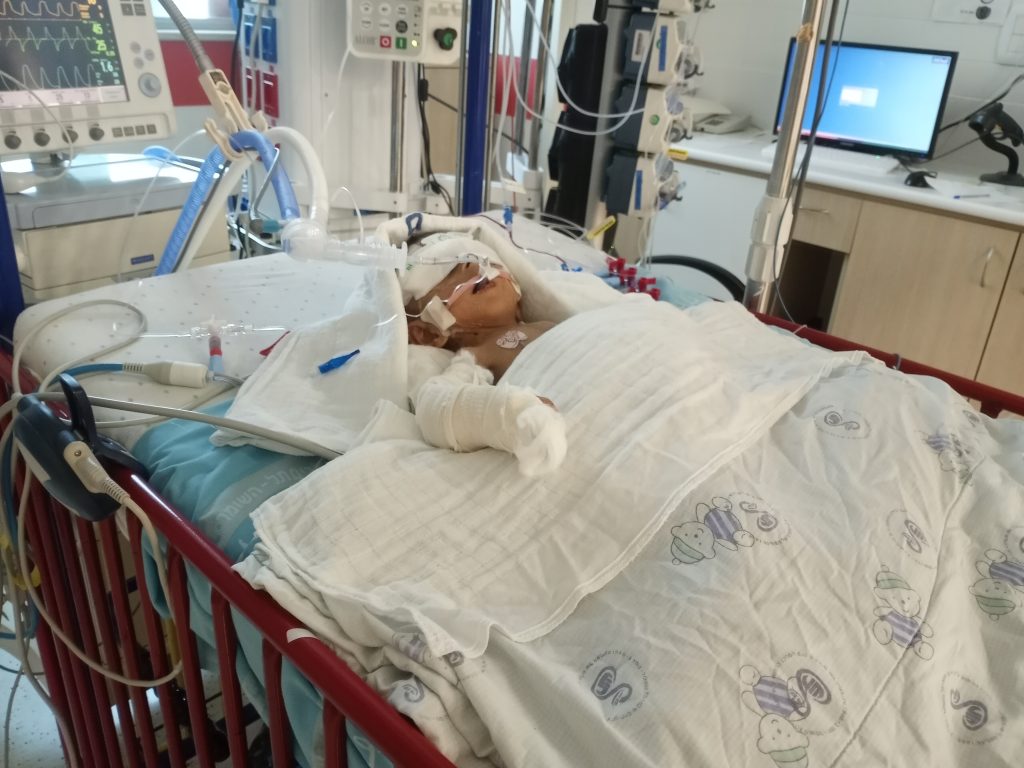 Mohammed’s father is asking for prayer for his son. He is often repeating that he is Muslim and we (Sabrina, Georgia, and I) are Christians, and yet still it means something that we all engage in praying for Mohammed.
Communal prayer affects something, however little we may understand it. I believe God listens to him; his are the honest, heartfelt prayers of a father whose hope now is to see his boy get better and better.

However, little Mohammed remains in critical condition now, so please join with us, all of us, Muslim and Christian alike, in asking God for healing for this beloved boy. I think my prayer for him is in the form of a song. In Arabic, ‘healing’ is ‘Shifaa,’ and there is a song we would often sing in English, Kurdish, and Arabic, entitled ‘Anta Atheemon’ (You are awesome).