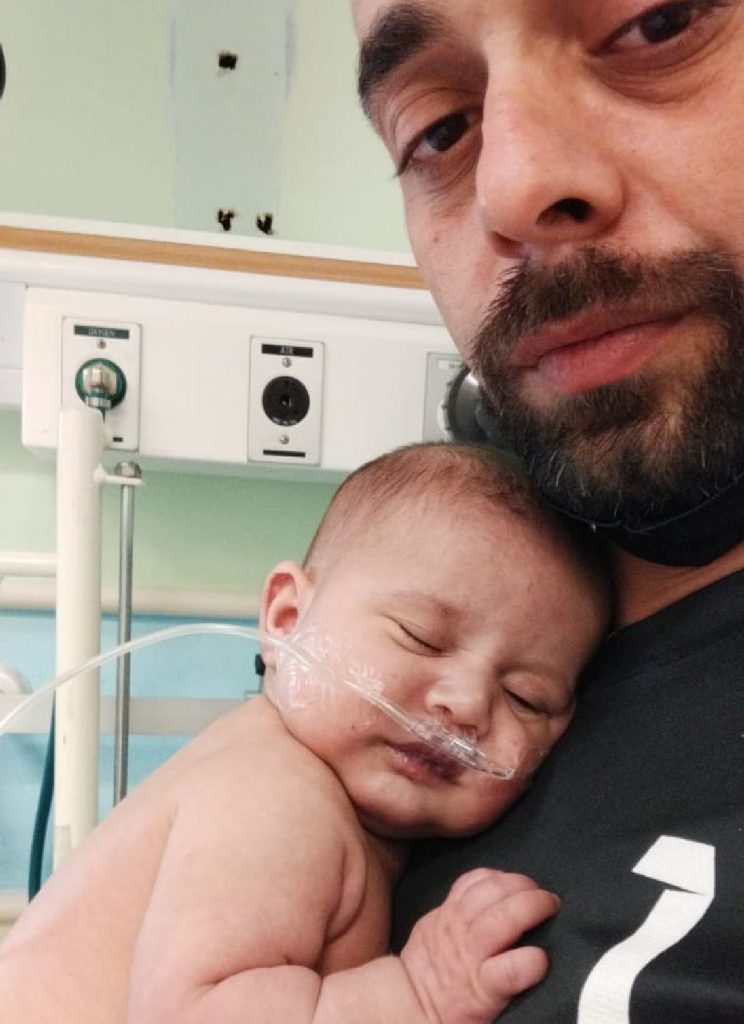 As you may have read from the previous blogs, our happy nickname for Mina is “small baby.” Today was the “small” surgery for her. Despite being, in the opinion of the experienced surgical team, a “small” surgery, today’s surgery weighed heavily on the shoulders of her kind-hearted father. We met him this morning, tired and worried at the hospital, having just released his precious daughter into the hands of the surgeons, who told him to expect the process to take around five hours. 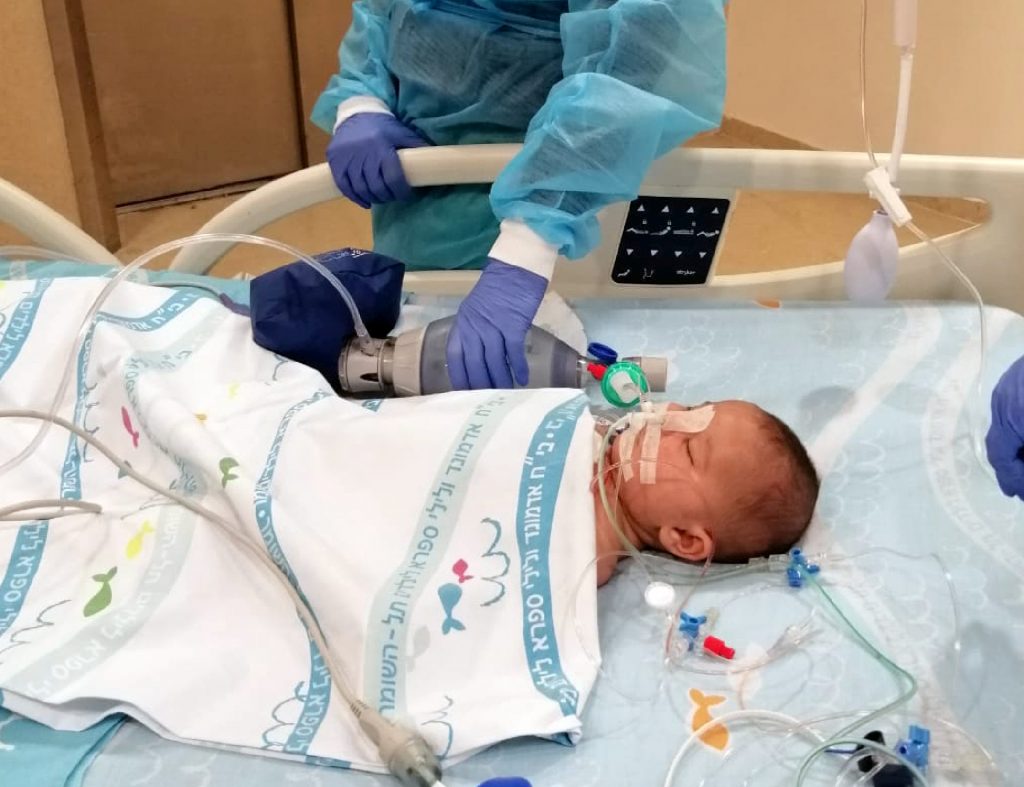 Mira had a BT shunt and a PA banding done today, which is the first stage to save her heart.  Mira’s father was supported by another Kurdish dad in the hospital during the surgery hours. After around two and a half hours, one of the doctors came out and told us that the surgery had finished, was successful and the surgical team were just finishing closing her chest. 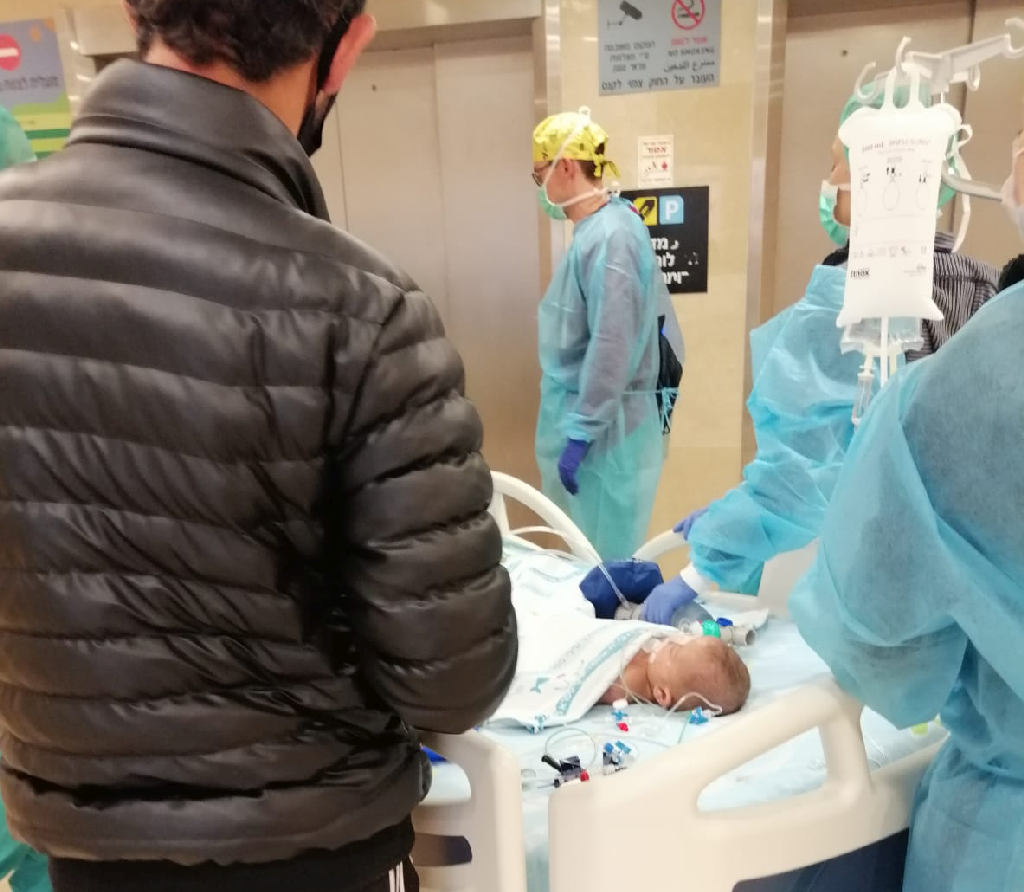 All of us were suprized, including Meera’s father, who had sat for a long seven hours for her surgery on Thursday. We exclaimed together with joy and thanks to God over our happy surprise that Mina’s surgery had been so quick and successful. Mina’s father went and generously bought celebratory cappuccinos. Before long, his small baby appeared in a big bed and was whipped upstairs to the ICU. 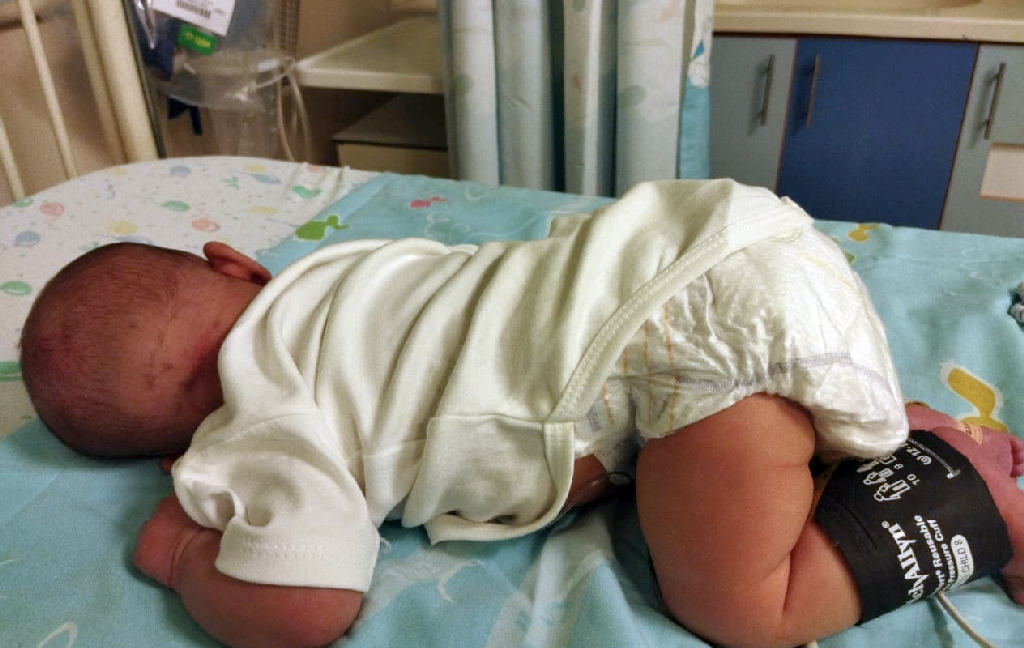 The next thing is for Mina to recover. The doctors will assess how her heart is and get her ready for her atrial switch surgery, perhaps as soon as next week. We all love this baby so much, and her kind father is well liked also by all the families. Please pray for Mina’s recovery!